2023: Army Produces Pamphlets on Conduct of Officers on Elections 34 mins ago

2023: Army Produces Pamphlets on Conduct of Officers on Elections 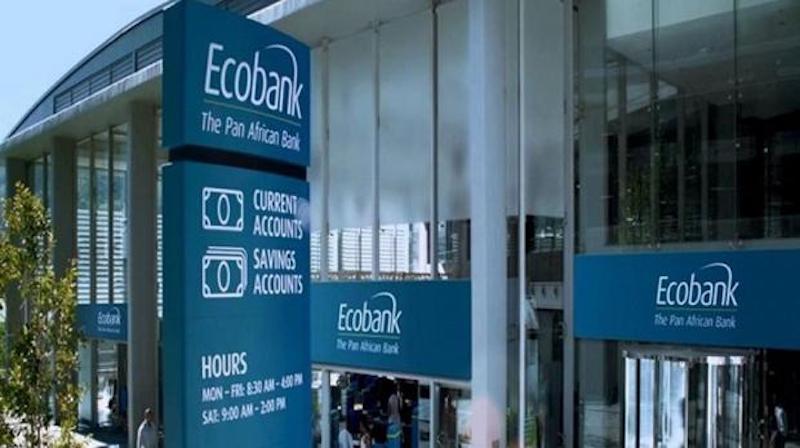 The increasing profit before tax was generated mostly from AWA that contributed $130.28million to profit before tax, followed by $123.23 million and CESA and Nigeria in H1 2022, respectively.

The group generated a net revenue that grew by 10per cent or 23per cent at constant currency to $910million, demonstrating growing success in revenue expansion goals under its ‘Execution Momentum’ strategy.

Also from the profit & loss figures, the Group reported Non-interest revenue (NIR) around $417 million, increasing by 13 per cent, or 26 per cent at constant currency, to reflect strong client and customer activity.

Revenue expansion and stringent cost containment measures improved the cost-to-income ratio to a record 56 per cent compared to 58.7per cent in H1 2021 unaudited results.

Also, the cost-to-assets ratio, which measures costs to average assets, was 3.7per cent, flat on the previous year.

Impairment charges on loans (provision for credit losses), net of loan recoveries and impairment releases was $92 million compared with $87 million a year ago.

Gross impairment charges were $137 million, down four per cent from a year ago, primarily reflecting the decrease in non-performing loans.

Recovered loans and impairment charge releases were $45 million compared to $55 million in the prior period.

In addition, the Group built its central macro-overlay provision reserves further by $42 million in the H1 2022 to $206 million as a buffer against tightening market conditions.

ETI’s gross loans and advances to customers was $10.1 billion as of June 30, 2022, dropped by two per cent year-to-date (YTD) but increased by six per cent on a year-on-year (YoY) basis.

The loan increase was mostly within our CMB business, especially in our SME line of business and trade loans within CIB, which grew by 17per cent to $2.2 billion, driven by commodities finance.

Deposits from customers (EOP) were $19.7 billion as of 30 June 2022, flat YTD but increased  three per cent or 16per cent at constant currency, YoY.

The CEO, Ecobank Group, Ade Ayeyemi in a statement stated that, “Our results for the first six months of 2022 reflect not only the benefits of the firm’s diversification but also our resilience and capabilities to continue serving our clients and customers in a challenging environment and still generate adequate returns responsibly for our shareholders.

“As a result, we delivered a return on tangible equity of 19.5 per cent, a record, and increased earnings per share for shareholders by 24 per cent year-on-year. In addition, profit before tax increased by 24per cent to $261 million and by 53per cent if you adjust the increase for the significant depreciation of some of our critical African currencies to the US dollar.

He added that, “We performed well because of our investments, including in technology, and Ecobankers’ continued dedication to meet customers’ financial needs, despite a challenging operating environment of high inflation, weakening African currencies, worsening government fiscal balances and lowering economic growth.

“In our Consumer Banking business, pre-tax profits increased 43per cent on higher deposit margins, loans, and debit card spending. In Corporate and Investment Banking, profits rose 33 per cent, as we gained share in the letters of credit market, payment volumes increased by 43 per cent on Omniplus, and FX volumes grew by 25 per cent as client activity rebounded from the pandemic.

“In addition, an increase in SME activity and growth in the payment business lifted profits in Commercial Banking by 15 per cent.”

“Our investments in technology and digital capabilities have contributed to a reduction in our cost-to-serve. Along with revenue growth, the outcome is our record cost-to-income ratio of 56%. In addition, we increased impairment charges to reflect heightened credit risks. More importantly, we have proactively built central impairment reserves of $206 million, which we can deploy in a stressed credit environment. At the same time, our balance sheet remains liquid and adequately capitalised, providing us the capacity to serve our customers better.”

“Our service to our customers and communities, anchored on our vision to advance Africa’s economic development and financial integration, is widely recognised. Recently, Euromoney adjudged Ecobank for 2022 – Africa’s Best Bank, Africa’s Best Digital Bank and Africa’s Best Bank for SMEs.

“These accolades are a testament to our passion for serving clients and customers and our continued investments in technology, processes, and people. I am extremely proud of my colleague Ecobankers and thank them for their diligence. As always, we are passionately working towards realising our vision and remaining the bank that Africa and friends of Africa trust.” Ayeyemi concluded.