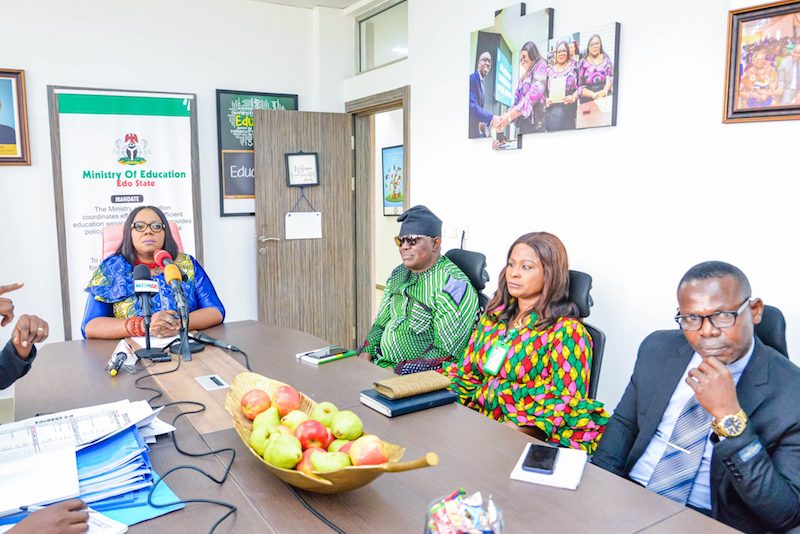 In a new move to advance grassroots sports development, the Edo State Government has said that plans are underway to revive Principals’ Cup in the state’s schools.

The Commissioner for Education, Dr. Joan Osa-Oviawe, said this during an interactive session with journalists at the weekend on the preparedness of the Ministry of Education for the 2022/2023 academic year.

She said Governor Godwin Obaseki has given a directive for the revival of Principals’ Cup, in which schools across the state will compete for a star prize.

According to her, “We have introduced a social impact day where NGOs, churches and other organisations will have the opportunity to hold seminars and interactive sessions with our students. We will now have teachers’ appreciation day where our teachers will also be appreciated for their sacrifices. Excursion, inter house sports are now compulsory in our schools. Following the directive from the governor and deputy governor to develop sports in the state,  Principals’ Cup  will be revived.

Oviawe said EdoBEST 2.0 Secondary School reform is intended to have an impact on students’ learning and school administration in three key areas namely academic improvement, co-curricular activities and school governance.
She noted that the ministry has been engaged in a series of planning, stakeholders’ engagements and town hall meetings to improve the education sector, adding, “In partnership with UNICEF, we will roll out digital learning in our secondary schools, commencing with 40 pilot schools. 650 teachers will be trained in digital learning this August ahead of resumption in September.

“This year, we have concentrated our efforts on Senior Secondary Education reforms and to consolidate on the gains made in the last three years on basic education.”