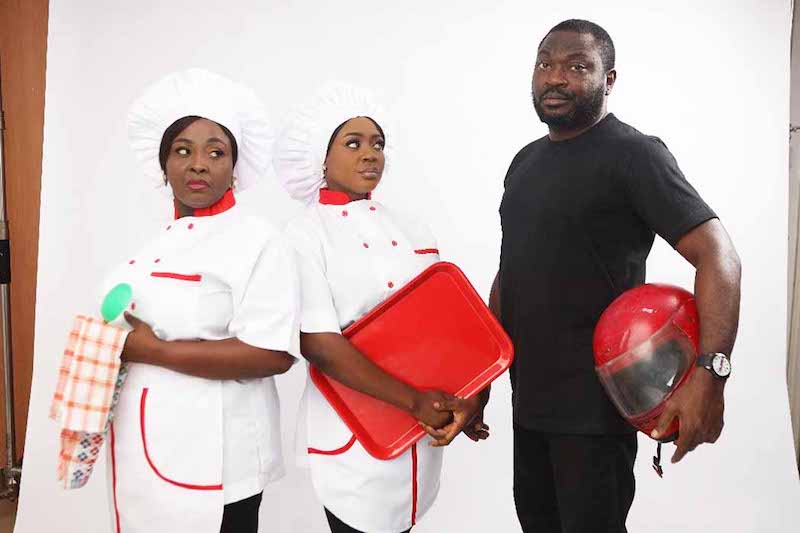 The original production by StarTimes, Sparadise, premiered last Thursday on ST Nollywood Plus, with popular radio personality, actor, and producer Steve Onu aka Yaw saying the comedy series will give viewers an antidote to cool off, relax and laugh away the stress of these difficult times.

Yaw noted that the cast is an equal split between popular faces and rising stars, bringing out all the intrigues and gossip in a spa, restaurant, and bar.

On the uniqueness of the TV series, Yaw said “We can never have enough laughter with the situation of the country and all that, we need more of it, so far we have things that are educational, interesting and interactive, real-life situations that you just bring in to bare, I think it will later stand on its own but trust me, you can never have enough of music or enough musician, film, actors, comedy series or television content.”

On what determined the choice of cast for Sparadise, Yaw admitted that some of the cast were specifically written for the role they played in the sitcom.

He said, “So some of the cast were specifically written for the role, Kunle Remi, Buchi, Senator, Lolo, Expatriate and others and the idea is to give the audience, viewers content to cool off, to relax and laugh.”

“It is comedy and brings its uniqueness in the form of the characters that form the story – real-life situations,” he says.

Produced by Yaw for StarTimes, Sparadise captures the intrigues and happenings that play out in a spa, from the gossip to all the madness, banters, and quarrels that ensue comically told using notable comedians.

Also speaking, Alex Jian, CEO, StarTimes Nigeria said that the entertainment provider is keeping to its words of growing original content locally to give Nollywood fans something juicier to enjoy at a pocket-friendly price.

Lai Labode, CEO of Cash Token remarked that his business was proud to support the Sparadise project. “It is always important to support projects that will impact the people. This necessitates while Cash Token, a social enterprise, is supporting StarTimes on this project.”

Sparadise joins a growing list of original productions from StarTimes that include Okrika, and Ile Alayo.