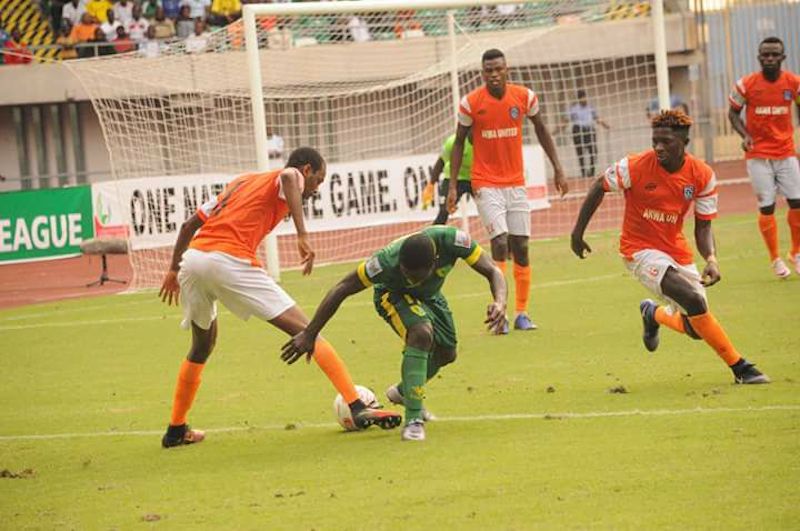 A clutch of Nigeria Premier Football League teams including Akwa United, Sunshine Stars and Nasarawa United are the acknowledged top dogs as the Round of 16 matches of this year’s AITEO Cup competition take place today and tomorrow in different centres of the federation.

Niger Tornadoes, who squeezed through to this stage with a 6-5 penalty shoot-out defeat of two-time CAF Champions League winners Enyimba FC have a date with Green Beret FC at the FIFA Goal Project inside the MKO Abiola National Stadium, Abuja.

Akwa United have an interesting fixture against Kogi United, who also experienced the lottery of penalty shoot-out before edging out ambitious Kanta United following a 2-2 draw in regulation time. The boys from Uyo eased their way to this stage with a 3-0 spanking of CAF Cup aspirants Remo Stars. Both teams are engaged in the only match of the men’s competition coming up on Sunday, and at the University of Nigeria, Enugu Campus.

Sunshine Stars, big winners (5-1) over Rovers in the Round of 32, have a date with Katsina United at the Area 3 venue in the Federal Capital Territory, while Kano Pillars tackle DMD FC at the Abubakar Tafawa Balewa Stadium in Bauchi.

Heartland FC, who ejected multi-titlists Enugu Rangers after penalty shoot-out in Benin City, will be up against Dakkada of Uyo at the Stephen Keshi Stadium in Asaba. Lobi Stars will square up against Akure City at the University of Nigeria, Enugu Campus today.

Nasarawa United, stretched taut by Sokoto United in a penalty shootout that eventually ended 11-10, will be up against inspired Bendel Insurance at the Enyimba International Stadium in Aba, while El-Kanemi Warriors and Wikki Tourists will do battle in Jos.

In the women’s event, Cup holders Bayelsa Queens will trade tackles with Abia Angels in Akure on Sunday, with Nasarawa Amazons and Confluence Queens in a potentially explosive encounter at the FIFA Goal Project in Abuja also on Sunday.

Heartland Queens, 2-1 winners over Dannaz Ladies in the earlier round, will be up against Delta Queens at the Otunba Dipo Dina Stadium in Ijebu-Ode.

Last year’s runners-up FC Robo Queens, who dislodged Edo Queens 2-0 in the Round of 16, are rewarded with another big tie, this time against Royal Queens, who edged Osun Babes. Both teams take the pitch at the Abakaliki from 4pm on Sunday.