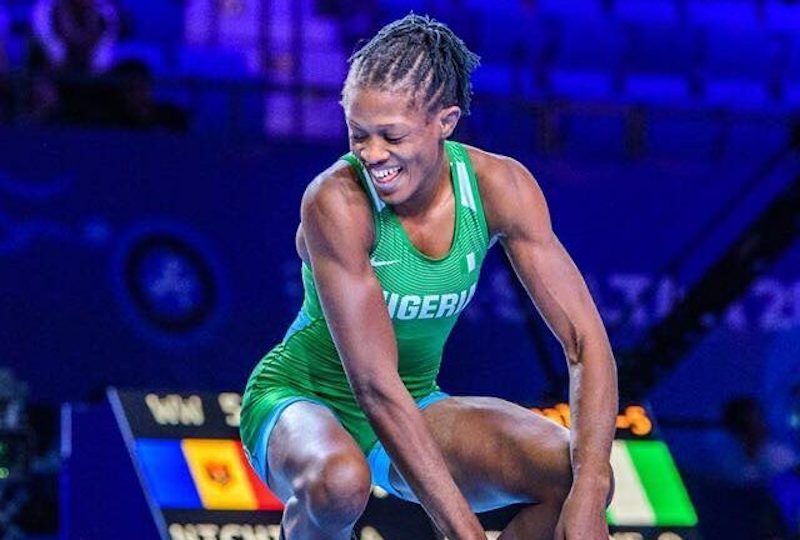 Day 8 of the Commonwealth games in Birmingham ended on a good note for Team Nigeria as Odunayo Adekuoroye won another gold medal.

Having started late in the contest, Adekuoroye defended her medal which she won in the Gold Coast in 2018 with a 7-3 victory over her Indian opponent Anshu Malik in the Women’s 57kg Freestyle Wrestling.

Meanwhile, more medals could roll in for Team Nigeria in the wrestling event with Blessing Oborududu and Ifeanyi Onyekwere in other finals.

Oborududu went unscathed to the final with a 10-0 victory over Tiger Cocker from Tonga in the Women’s Freestyle 68kg/57kg in the Semifinal.