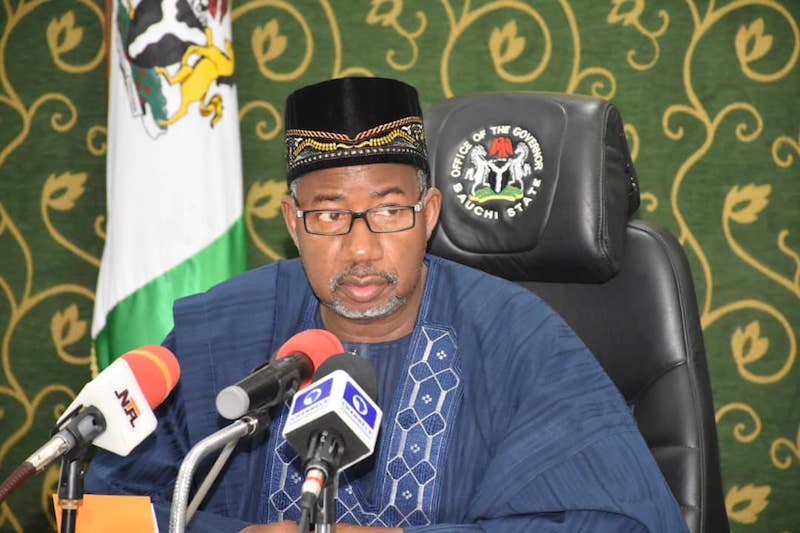 Bauchi State Governor, Senator Bala Abdulkadir Mohammed has given solace to all the Peoples Democratic Party (PDP) aggrieved aspirants in the state, saying that he will look within his personal resources and compensate them.

Governor Mohammed stated this  yesterday when he received the report of PDP  Reconciliation Committee under the leadership of Senator Bala Adamu Kariya. The committee was charged with the responsibility of reconciling aggrieved members and strategising for the success of the party ahead of the 2023 general elections.

He enjoined all the aggrieved aspirants to follow his footsteps of embracing the spirit of sportsmanship in any contest, pointing out that even though he lost the Presidential primary election, he never expected anything from the PDP presidential candidate.

The governor said that the PDP in the state provided a level playing field for all the aspirants, adding that he will create a forum to personally meet with all the aggrieved aspirants to leverage on their nationalistic feelings.

“As a governor and contestant, I know the importance of reconciliation. I know that even our party at the national level is battling with the issue of reconciliation and that is why I did not waste time after losing the presidential bid, I had to come back to you and you accepted me wholeheartedly. I must seize this opportunity to express my gratitude to the PDP family for looking inwards in ensuring that all grievances are addressed, especially for those who lost”

“It is not easy to contest and lose and of course accept the loss. I have seen your recommendations, of course the issue of refunding money is not within my powers because the money has been paid to the national coffers, but I will look within my personal resources to see if I can give some succour and solace to those who lost. I will not dip my hands into the pockets of the state government to pay for political party aspirants, but certainly I know their importance and pedigree” he said

Governor Mohammed urged all the aspirants who emerged as candidates of the party to eschew arrogance and impunity, saying that in party politics, there is no victors, there is no failures as everybody are co-travellers in the journey towards building the nation.

Submitting the report to the governor, the Chairman of the PDP reconciliation committee in the state, Senator Bala Adamu Kariya, said that the committee’s assignment was successful as it interacted with all the aggrieved aspirants who opened up on so many issues concerning the outcome of the primary election.

He highlighted some of recommendations of the report to include the refunding of money for forms to all aspirants who voluntarily withdrew from the Primary election, giving of assistance to all aspirants who contested and lost the election and the reconsideration for reappointment for all political appointees who contested the primary elections and lost.