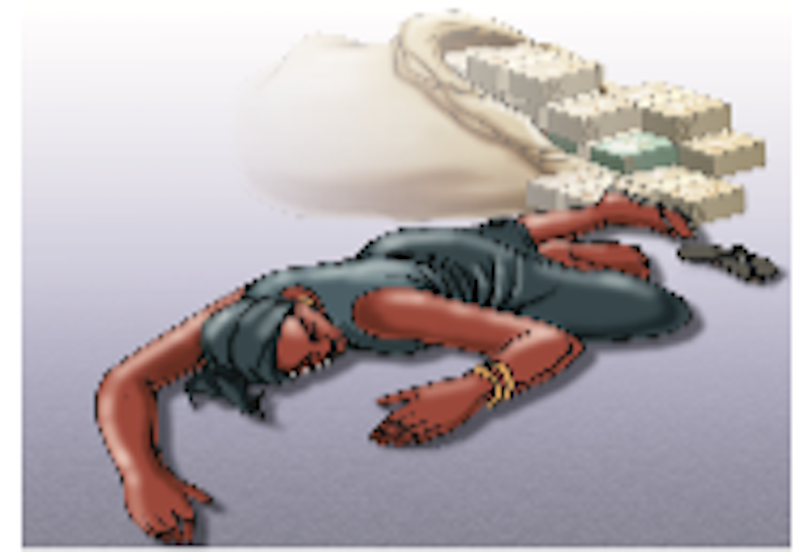 While there may be no reliable statistics, the menace of ritual killings across the country has become so pronounced. Hardly a day passes without one gory report of how some people were dismembered by unscrupulous men and women. This rising incidence of ritual killings in Nigeria, according to a report in the American ‘Foreign Affairs’ magazine, “reflects a weakening state control and Nigerians’ desperate attempts to achieve economic stability,” through diabolical means. To check these killings and restore peace to the country, there is an urgent need for a state that subscribes to a higher value on life and human dignity. The authorities must also do more to restore law and order to the country.

Earlier this year in Ogbe-Ani, Ubulu-Uku community, Aniocha South Local Government Area of Delta State, there was a tragic drama during the burial of a woman whose remains were brought by her husband. “As they laid our sister on a bench in the canopy and family members and other people were going to see her, we first discovered that cotton wool was put on her eyes,” said a family member. “The husband’s family members who brought the corpse ran away because we were angry over the development. Later, we found out that even her tongue was also removed.”

This of course is not a new development. A few years ago, the nation was thrown into confusion when a kidnappers’ den was discovered in Soka community, Ibadan, Oyo State. After the crime was busted by some commercial motorcyclists who were searching for two of their missing colleagues, human skulls, dried human parts alongside malnourished victims reportedly reserved for ritual purposes, were discovered. Since that incident, many other suspected ritual killings, have been reported. In August 2018, the Lagos police arrested a suspected cult member, for allegedly attempting to kill his mother for money rituals.

But perhaps one of the most celebrated cases was that of the Port Harcourt serial killer, Gracious David-West who reportedly lured seven young ladies with high-risk lifestyle across Lagos, Imo and Rivers State to hotels and murdered them, allegedly for rituals. Similarly, Ms Iniobong Umoren, a young graduate who was raped and murdered while searching for a job in Uyo environs, Akwa Ibom State, not long ago, was allegedly used for ritual purposes. But the gruesome murder of a 300 Level undergraduate of Delta State University, Abraka, Elozino Ogege by a gang of four yahoo boys was horrifying. One of the criminals told the police that they took the young lady to a bush where they plucked out one of her eyes while she was still alive. “She was even crying and begging us to forgive her and let her go, but we plucked the other eye, removed her breast and heart before she died,” he said.

Pertinent questions inevitably arise: How could anybody believe that money grows from human parts? Since the menace can be attributed to the growing sense of desperation to acquire wealth without work, how can the society respond to a problem posed by ignorance and greed? How can the authorities put an end to these grim acts of violence against fellow human beings, and indeed, the society?

In the midst of the prevailing poverty and joblessness in the land, many have resorted to doing anything, no matter how weird. While there is no proven link between the costly rituals and the instant wealth promised through magical potions by herbalists and voodoo practitioners, the society is ravaged by it. But this surge in impunity will persist unless the society punishes stiffly and promptly all proven forms of criminality.