The agenda of the meeting, holding at the Council Chambers, was not made public but THISDAY gathered that the recent terrorist attacks on the Correctional Centre at Kuje and the advance convoy of the president in Katsina, may be a major security issue to be discussed.

The meeting is expected to review the security situation in the country and chart a way forward as the nation prepares for the general election in February 2023. 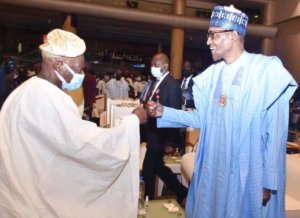