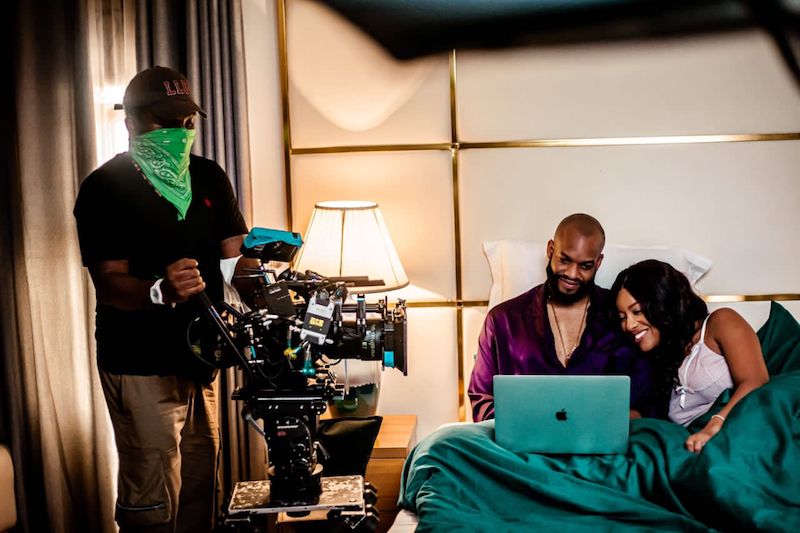 ‘Glamour Girls’ is sprinkled with all the blings, exotic locations and fashion statements expected from a film about glamour. But that’s where it ends. The storyline is loosely plot, missing a chance to tell a gripping narrative that could have outlasted the classic Nollywood movie of the same title.

Produced by Play Network Studios, owned by Charles Okpaleke, who has gotten rights to most Nollywood classics, the film stars Nse Ikpe-Etim who plays Donna, a commandeering escort whose pride lies in providing escorts for her high-net income clients. These men are rich with an insatiable hunger for sexual pleasures.

Donna’s girls are a curious hybrid. They are young, mature, married, single, rich, and spoiled.

While the story is tied to Donna, the character is not given much room to develop. For instance, the relationship between her and Jemma (Joselyn Dumas) is not fully explored to explain her loyalty. More so, the ‘bitch’ persona attached to her character is limited to her posture more than her actions.

The other characters Emma (Sharon Ooja), Lulu (Toke Makinwa), and Hell (Segilola Ogidan) have their own stories but the problem lies in glueing them together to give a holistic climax.

Emma is the ideal poor girl, looking for a better life through prostitution. Once she gets an elevated status, it becomes difficult to look back despite the humiliating situations presented to her.  Lulu loves the good life but wants to remain married. Leaving a double life is the catch for her character and proves to be the only suspense in the two-hour film. Hell, a drug addict from a wealthy family is just having the fun of her life.  Jemma, the one who broke the golden rule by falling in love, is pushed back into the game when the medical bills of her sick husband keep mounting. This time, she settled for Alexander (Lynxx), a young man who handles the business of the rich men.

Each of the ladies’ stories could have been tied but the end of the film looked hurried and lacked creativity and direction. The sudden death of Alexander, the missing flash drive and the eventual duplicity of Donna lacked credibility.

It gives off the impression that more attention was paid to aesthetics than the plot. However, the film can be lauded for its soundtrack which featured both Nigerian and Western sounds.

‘Glamour Girls’ offers more glamour than drama. The story lacks depth and direction and misses an opportunity to sell nostalgia to Nigerians longing for the good old Nollywood movies as seen on TikTok.