Rumpus in PDP, over Ayu’s Continued Stay in Office 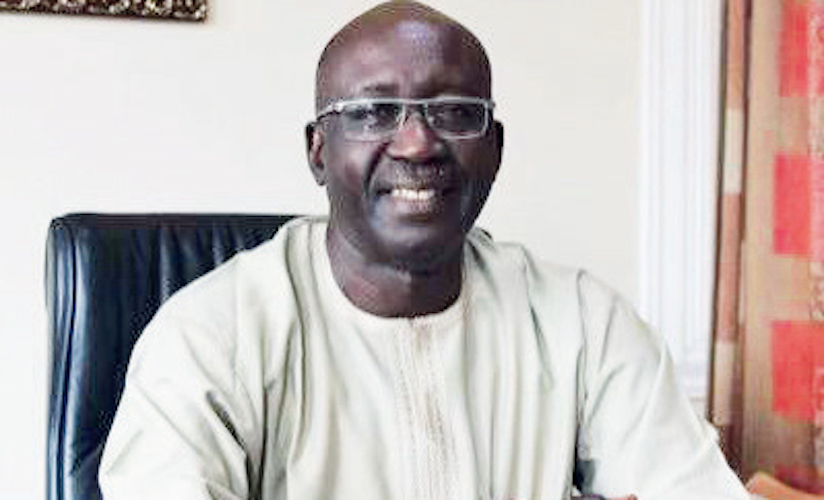 The opposition Peoples Democratic Party (PDP) might be quietly courting a crisis of leadership, following the emergence of Alhaji Atiku Abubakar, a northerner, as its 2023presidential candidate, while Dr. Iyorcha Ayu, another northerner, has remained the party’s national chairman.

The party, it was gathered, was already polarised into two groups, one led by the National Secretary, Samuel Anyanwu, and the other by Ayu, respectively.

According to PDP members, who should know, the National Organising Secretary, Bature Umar, was said be loyal to the Chairman of the PDP Governors’ Forum, Aminu Tambuwal, who nominated him.

The National Legal Adviser, Kamaldeen Ajibade (SAN), was said to be loyal to a former Senate President, Dr. Abubakar Bukola Saraki, who nominated him. However, the organising secretary and the national legal adviser, that are the engine room of the party, and were loyal to the national chairman.

Anyanwu, who was said to be leading the other camp, was believed to have been nominated by the Rivers State Governor, Nyesom Wike, whose camp was said not to be happy over the choice of the Delta State Governor, Ifeanyi Okowa over Wike.

Another major point of disagreement was the need for Ayu to resign since Atiku, a northerner, emerged PDP presidential candidate. There is also the allegation of personalising the party and mismanagement of funds.

A party source said some members were not happy over release of funds.

Yet, a member of the National Working Committee (NWC), who pleaded anonymity, told THISDAY that, “even if Ayu is to resign because Atiku Abubakar is from the north, it has to be after the PDP has won the presidential election.

“For now, those agitating for his resignation are not fair. You don’t have to move from the known to the unknown. It is unknown because the outcome of the presidential election is not known,” it added.

Insiders were largely said to be angry with Ayu over the mismanagement of the PDP. For instance, THISDAY learnt that the party never raised any campaign team for the just concluded Ekiti State governorship election.

According to the PDP stakeholders, they expressed their anger that there was no funding for the Ekiti governorship election, except for the $100,000 handed over to the governorship candidate, Bisi Kolawole, who also returned the money back to the party.

Some of the stakeholders, have however accused Ayu of running the party as a personal state.

In a related development, the National Publicity Secretary of the PDP, Debo Ologunagba, has said Ayu remained the party’s national chairman

In a statement, Ologunagba said, “Such report is completely false and a product of the imagination of mischief makers with the intent to destabilise our party, create an impression of crisis within our ranks and mislead the unsuspecting members of the public.

“It is clear that the false report is the handiwork of vicious anti-people forces, who are agitated by the stability, unity and soaring popularity of our party under the cohesive Senator Dr. Ayu-led National Working Committee as well as the intimidating statures of our Presidential and Vice-Presidential Candidates, His Excellency, Atiku Abubakar and His Excellency, Sen. Dr. Ifeanyi Okowa, respectively.

“For clarity, our National Chairman, Senator Dr. Iyorchia Ayu, is on a short vacation outside of the country and he officially transmitted power to the Deputy National Chairman (North), His Excellency Amb. Umar Iliya Damagum, to perform his duties in acting capacity, pending his return, in line with the provision of the Constitution of the PDP 2017 (as amended), ” he stated.

The PDP spokesman said it was instructive to state that the Independent National Electoral Commission (INEC) was duly informed on the absence of Ayu and that Damagun would be performing his duties in acting capacity pending Ayu’s return.

“For the avoidance of doubt, the PDP and the NWC are united and Senator Dr. Iyorchia Ayu, remains the National Chairman,” he reiterated, even as he urged all members of the party, “our teeming supporters, the media and the general public to disregard the said report as FAKE NEWS.”

The Centre for Integrity and Good Governance (CIGG), has said the choice of who becomes the running mate to the Presidential Candidate of the PDP, Atiku, was his constitutional prerogative.

The Centre, in a press statement issued yesterday in Lagos by its Convener, Mr. Waheed Aderibigbe and Co-convener, Mr. Obinna Ukariaku, said it was shocked that some Nigerians would jettison the provision of the constitution of the federal republic and choose to play to the gallery or even base their argument on sentiments.

The CIGG, which,  said  one of its goals was to promote democratic and electoral literacy, explained that the most any political party could do was to present names of probable candidates to a standard bearer from which he or she could pick the vice-presidential candidate of his or her choice.

The group said Atiku in fidelity to the extant law, exercised this power and privilege, which the constitution vested in him, stressing that any input from the party stakeholders, including the National Working Committee, the Board of Trustees (BoT), elders of the party, among others, was advisory.