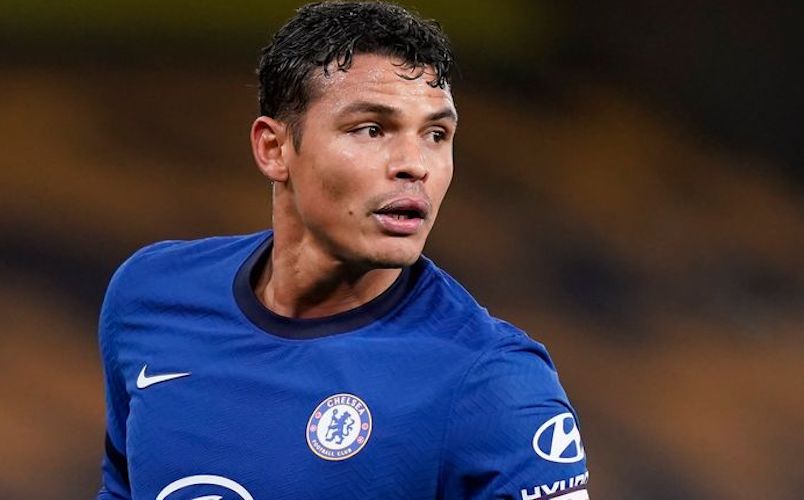 Thiago Silva has urged Neymar join him at Chelsea this summer, with the Paris Saint-Germain forward’s future currently up in the air.

Neymar has been tipped to leave PSG this summer and is reported to be frustrated with the lack of assurances he has received from those in charge at Parc des Princes.

President Nasser Al-Khelaifi declined to confirm whether the 30-year-old will still be at the club beyond this summer.

While nothing more than speculation at this point, Chelsea have seen their name thrown around as a possible landing spot for Neymar, and it seems as though ex-PSG captain Silva is a fan of the idea.

“He has to go to Chelsea,” Silva said. “If it happens, it will be for the best. Nothing else needs to be said. “So far, I don’t know anything, but I hope it comes to fruition.”

Chelsea pursued Neymar back in 2010 when he was still at Brazilian club Santos, who held a press conference to publicly reject the Blues’ bid and announce the then-youngster was set to sign a new contract instead.

Not only would a move to Chelsea give Neymar a chance to play alongside Silva once again, but he would also be working under former PSG boss Thomas Tuchel, who has been given a greater say in the club’s transfer business following the departures of chairman Bruce Buck and directors Marina Granovskaia and Petr Cech.

Tuchel is keen to bolster in attack this summer but is not believed to have any interest in re-signing Neymar, who still has five years to run on his contract.

Instead, the Blues are chasing Manchester City’s Raheem Sterling and are still keen on impending free agent Ousmane Dembele, who is due to make a final decision on his future in the coming days as his Barcelona contract winds down.

Leeds United’s Raphinha, Everton’s Richarlison and Ajax’s Antony are all under consideration at Stamford Bridge as well.