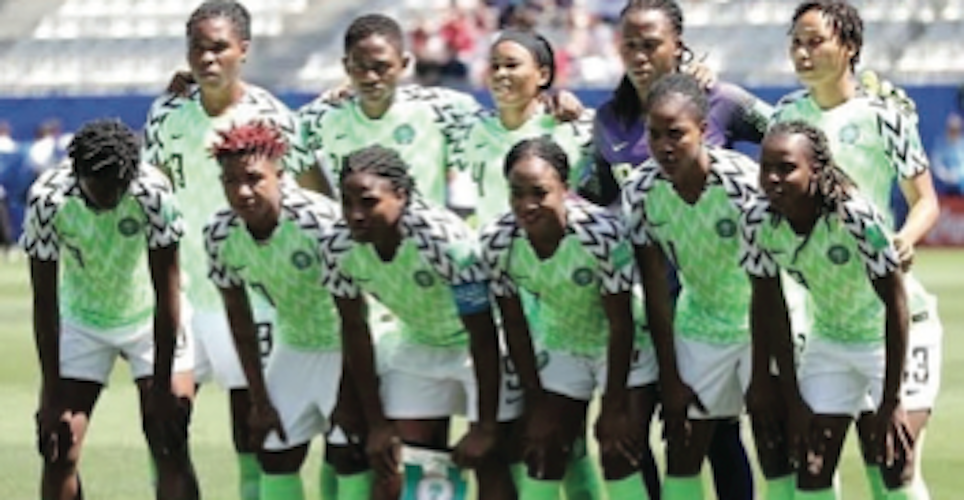 Nigeria’s Super Falcons flew into Casablanca yesterday enroute Rabat, Morocco, one week before the kickoff of the 12th Women’s Africa Cup of Nations.

The nine-time African champions are scheduled to do their final skill honing in the Moroccan City before taking on rivals Banyana Banyana of South Africa in a crunch Group C opening game on July 4 in the same city.

The Nigerian ladies are also scheduled to play Botswana on Thursday, July 7 and complete the group phase with Burundi on Sunday, July 10.

Before flying out of Lagos, Super Falcons were serenaded with a send-forth sumptuous dinner at Eko Hotel & Suites in Lagos on Sunday night by President of the Nigeria Football Federation and FIFA Council Member, Mr Amaju Melvin Pinnick.

According to Pinnick, “There is not much for me tell you about the need to go all out there and conquer; it is something you are used to because you have the spirit, the energy and the aura of champions.

“You have won this trophy nine times out of 11 and you have to go for the 10th with equal passion and desire,” observed the NFF chief.

He however admonished the Falcons not to think they will have a smooth sail to their 10th trophy without stiff opposition.

“Surely, there will be teams that would believe they can topple you from your throne; from your position as champions. I have no doubt that you have the capacity to deal with every opposition and emerge champions once more.”

All four semi-finalists in Morocco will qualify to represent Africa at the FIFA Women’s World Cup in Australia & New Zealand next year, with the fifth-placed team handed an opportunity to also gain a place through a Playoff Tournament taking place early next year.