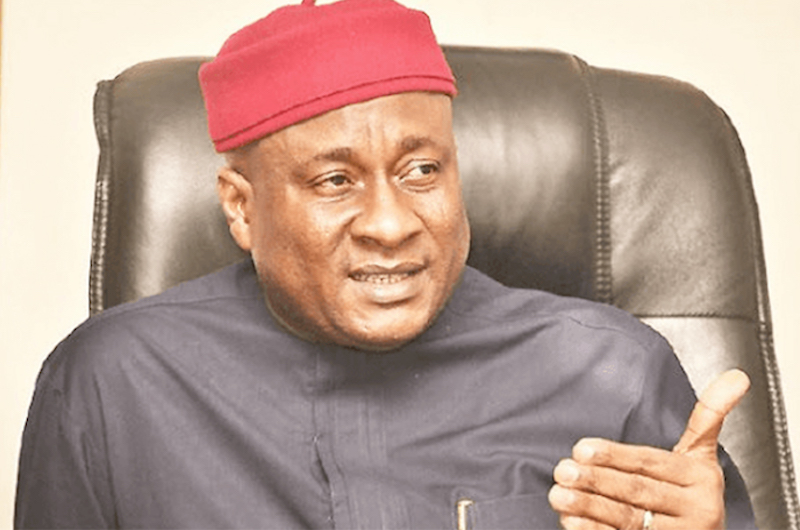 The Chairman and Chief Executive Officer of Air Peace, Allen Onyema, has pledged to build a Wall of Fame for Nigeria’s distinguished sports icons whose strides played a tremendous role in unifying the country, projecting her in a favourable light and representing the entire black race positively.

Onyema, who was represented by his daughter, Nnenna Onyema, Executive Director, Air Peace, made the statement while delivering a keynote speech at the Nigerian Institute of International Affairs, NIIA’s, second conversations with the theme “FESTAC of Sports”, held in conjunction with the Federal Ministry of Sports and Youth Development, on Thursday in Lagos.

Onyema was honoured for his humanitarian act of rescuing Nigerians in South Africa amidst xenophobic attacks and his immense contributions to the Nigerian economy through job creation.

He said: “We cannot adequately promote FESTAC of Sports without, in one way or another, recognising and honouring our sports heroes and those who have made such huge sacrifices through sports for the good of Africa and the Black race in general.

“To this end therefore, Air Peace shall sponsor the building of a Wall of Fame where the names of our sports heroes of the 1976 Montreal Olympic Games and those of others who have won laurels for our dear nation, beginning with the then Green Eagles and our national football team that won the African Cup of Nations for Nigeria for the first time in our history, will be displayed. Those that won sporting laurels in various sporting events like the Olympics, Commonwealth Games and subsequent African Cup of Nations will also be included in this Wall of Fame.

“For the 1980 National Football team referred to above, Air Peace shall sponsor an event where they would be celebrated and honoured. The surviving members of that team are hereby made Special Ambassadors of Air Peace and are entitled, for the rest of their lives, to fly Air Peace free of charge, six times in every year on the domestic destinations and once a year to any foreign destination serviced by Air Peace.  On the night of celebrations in their honour, Air Peace shall equally give out certain financial rewards to all members of that team including the heirs or spouses of the deceased ones amongst them”.

Onyema noted that sports have become a potent tool not only for national peace, unity, and cohesion but also a powerful channel for international relations and diplomacy.

He explained that these iconic past sportsmen and women are being honoured in recognition of the powerful tool that football has become in fostering unity in Nigeria.