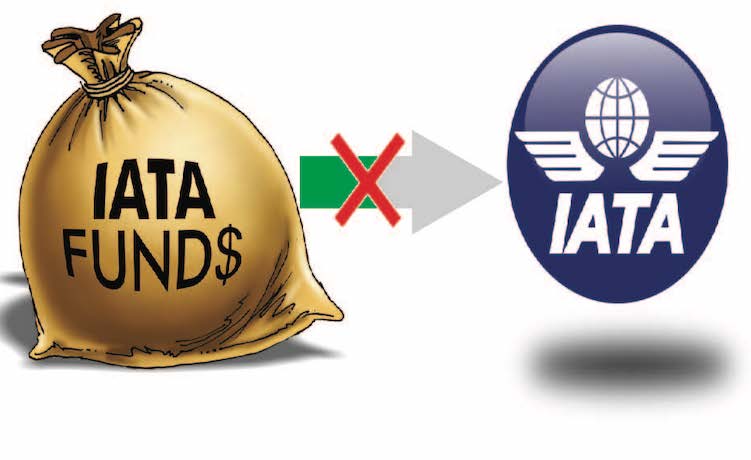 Recent alarm by the International Air Transport Association (IATA) about Nigeria holding down revenues earned by foreign airlines is an issue that deserves prompt intervention. Apparently due to the paucity of foreign exchange, Nigeria has been unable to remit about $450 million of foreign airlines’ revenue, known as blocked funds. This, according to IATA, is adversely affecting airlines operations in Nigeria with dire consequences on travellers who now have to bear the burden of outrageous fares. No level of desperation should make the federal government abuse long-standing international trade regulations and practices.

As the fastest way of moving persons and goods, air transportation is a catalyst to economic development for any nation. It is also the preferred means of transport for top government officials, entrepreneurs and movers and shakers of the global economy. So, every country is negatively affected when scheduled flight operations are impaired. IATA regonises that the withholding of airlines’ funds by Nigeria and other countries was not on purpose. But IATA has also observed that Nigeria might not be giving aviation the priority it deserves. The global body admitted that foreign airlines have been forced to introduce outrageous airfares on the Nigerian route and justified it by insisting that airlines must be profitable in order to ensure their continued operation.

Apart from the negative effects this default could have on the image of the country, the government should also be mindful of the fact that there are Nigerian airlines that ply international routes and maintain sizable operations abroad. Besides, we need to do all we can to be in the good books of present and potential foreign investors. We therefore urge the authorities to make the payment of outstanding funds a priority. With the many stubborn issues facing the country at the moment, needless diplomatic and legal complications must be avoided.

Faced with the non-remittance of their funds by the Central Bank of Nigeria (CBN), the airlines have resorted to raising their fares. That has also reduced their patronage in Nigeria with fear that very soon, many of our citizens may not be able to afford the cost of travelling abroad. The consequence of reduced air connectivity, according to IATA, include the erosion of a nation’s competitiveness, diminished investor confidence and reputational harm caused by a perception that it is a high-risk place to do business.

In the long run, there are fears that foreign airlines might withdraw their services to Nigeria, as United Airlines and Iberia did about eight years ago. Should the major airlines take the same route, it will bode ill for our country. In 2014, many foreign airlines withdrew services to Venezuela over the country’s inability to remit airlines revenue and that was the beginning of trouble for the economy. The implication of such withdrawal is that it would also have inauspicious effect on domestic airlines because they will find it difficult to source spares, seek technical support and will eventually deplete their operating aircraft, as it happened in Venezuela.

The failure to encourage domestic airlines to grow into strong operators has willy-nilly made foreign airlines operating into Nigeria very imperative. As an import-dependent nation, many Nigerians earn living on importation of products and have over the years ensured foreign carriers maintain high load factor due to their patronage. Many Nigerians also send their children overseas for quality education and with the withdrawal of services by foreign airlines; the education of these young Nigerians will suffer.

Overall, the authorities should take it as a matter of urgency to remit airlines revenue to them and put a new rule in place to ensure prompt remittances. Nigeria should not push airlines to the extent that they will consider withdrawing their services from the country.