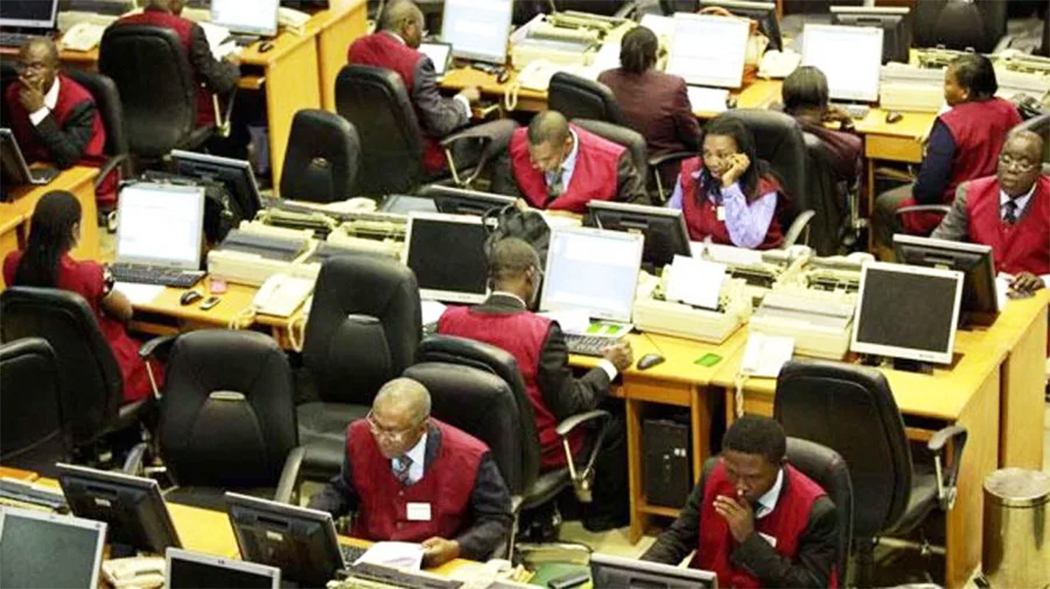 The stock market of the Nigerian Exchange Limited (NGX) has continued to maintain its positive momentum amid political spending that has depreciated the Naira and improved liquidity in the economy. Kayode Tokede writes about how the capital market maintained its positive growth in May 2022 as investors thread the market with caution

From all indications, the Nigerian stock market has so far defied the increased political spending in the country as the various political parties conduct their primaries to select candidates for various elective positions in the run-up to the 2023 general elections.

As various political officer seekers brazenly deploy money for the purchase of nomination forms and the lobby party delegates, Nigerians were apprehensive that the current pressure on the naira caused by the excessive use of money for political purposes may have a direct impact on the value of stocks and the appetite of foreign investors who might be gauging the emerging political climate before committing their resources in Nigeria.

However, investigations by THISDAY last week showed that as a result of a combination of factors which include,  the resolve of foreign investors and High Network investors to tip into their undervalued price to take a position, a regime of negative real return in the fixed income market which is forcing some investors to embrace the equity market as an alternative investment class, among others.

In May 2022, most political parties in Nigeria held primary elections to appoint new candidates to represent them at the forthcoming general election in 2023.

The Peoples Democratic Party (PDP), All Progressive Congress (APC), and Labour Party (LP), among other leading political parties in Nigeria, held their various primaries for the President, the Senate, and House of Representatives, although the APC had to postpone its presidential primaries till this week.

Some of the parties, in the process of conducting their primaries, lost some members who had to join other protest parties.

Some state elections witnessed violence, suspense, and confusion, while the most intriguing election was that of the PDP presidential elections where former Governor of Anambra State, Peter Obi defected to the Labour Party.

Despite the uncertainty surrounding political activities in May, the stock market witnessed a renewed interest of foreign investors in fundamental stocks and thereby rallied by N1.81trillion in market capitalisation to close at N28.568 trillion on May 31, 2022, from N26.761 trillion it opened for trading activities for the month under review.

Also, the overall market performance measure NGX All-Share Index (ASI), which tracks the general market movement of all listed equities on the Exchange, rose by 6.23 per cent to close at 52,990.28 basis points in the fifth month of the year.

The market indicator hits over a 15-year high in May 2022, driven by low yield in fixed income securities, impressive corporate earnings by listed companies posit-covid-19, and a steady increase in global oil prices that has improved liquidity in the system.

Consequently, the NGX All-Share Index, an indicator used to track the general market movement of all listed stocks on NGX, including those listed on the growth board, regardless of capitalization opened in 2022 at 42,716.44 basis points to close on May 31, 2022, at 52,990.28 basis points, representing an increase of 24.05 per cent.

Companies Driving Stock Market Indicators Despite Political Pressure in May

Capital market analysts noted that few stocks on the NGX are responsible for the growth in market indicators, stating that foreign investors and High Network investors tipped into their undervalued price to take a position.

The growth reported by Airtel Africa’s stock positioned the telecommunication company as the most capitalised stock on the NGX, closing at N6.64trillion.

Speaking with THISDAY, the doyen of the Nigerian capital market, Mr. Rasheed Yusuf, said the political tension across the country has not affected the stock market.

“The real reflection of the primary elections in my view is when all the presidential elections are concluded before we begin to see how foreign investors will react to the stock market.

“Then we begin to ask if the politicians are serious, are their decisions going to benefit the economy, are we going to have a peaceful atmosphere before the election and peace transmission of power.

“For now, there is no correlation between the capital market and the ongoing primary elections although investors are trading with cautions over uncertainty surrounding the general elections.”

An analyst at PAC Holdings, Mr. Wole Adeyeye also hinted that there is no correlation between the capital market and general elections across top political parties in the country as campaign spending is still tamed at this stage.

Adeyeye explained that volatility in the stock market towards May ending cannot be attributable to political spending, stressing that Know-Your-Customers (KYC) policy by the Securities and Exchange Commission is still effective to guard against anti-laundering.

“Regulators in the stock market are watching political exposure investors and I do not think politicians have that influence. A lot of things happened to fundamental stock appreciation recently.

“The likes of Airtel Africa reported significant increase in profit and the Payment Service Providers (PSP) license by Central Bank of Nigeria (CBN) drive investors hunt for the telecommunication stocks on the bourse.”

The CEO, of Wyoming Capital & Partners, Mr. Tajudeen Olayinka noted that improved liquidity in the stock market can be traced to 2021 performance by listed companies and improved performance by many of them in the first quarter of 2022 results.

He added that “Increased local investors participation in the market, and reinvestment of 2021 annual dividends by investors who received such dividend payments recently from listed companies.

“Liquidity overhang that is making it practically difficult for investors in the fixed income space to factor in current high inflation rate to the yields obtainable in the market. The negative real return in the fixed income market had forced some of these investors to embrace the equity market as an alternative investment class, before the recent 13 per cent hike in Monetary Policy Rate (MPR) by the MPC of CBN. Even with the hike in MPR, we still have some traditional investors showing interest in the equity market, which is known to readily adjust to inflation from time to time. The equity market is inflation-adjusted.”

Analysts at United Capital Plc said that “So far this year, we have witnessed a clear case of divergence between the domestic and global equity markets. At the close of trading on May 31, 2022, the NGX-All Share Index Year-to-Date (YTD) had returned 24.1 per cent and is currently over the psychological 50,000-level for the first time since the 2008 crash, as opposed to the broad-based bearish performance experienced in other markets.”

They noted that “At the forefront of the rally in Nigerian equities have been domestic investors who have executed 79.6 per cent of all equity transactions on the local bourse YTD, according to data from the Nigerian Exchange. The uptrend has been particularly driven by domestic institutional investors whose investment options have now been somewhat limited to the equities market.

“Since the turn of Q2, 2022, yields on domestic bonds have trended higher, causing Pension Fund Administrators (PFAs) to book mark-to-market losses (particularly those that mark-to-market their bond portfolios) on their bond positions (which constitutes c.60.0 per cent of their portfolios). Meanwhile, alternative outlets like Fixed deposits and Nigerian Treasury Bills (NT-bills) have continued to remain unattractive.

“On the other hand, we have seen listed companies return solid results in the Q1, 2022 earnings season. As a result, we have seen these institutional investors increase exposure to domestic equities while reducing bond and other money market exposures.”