Which Online Slot Machine Is The Best? 32 mins ago 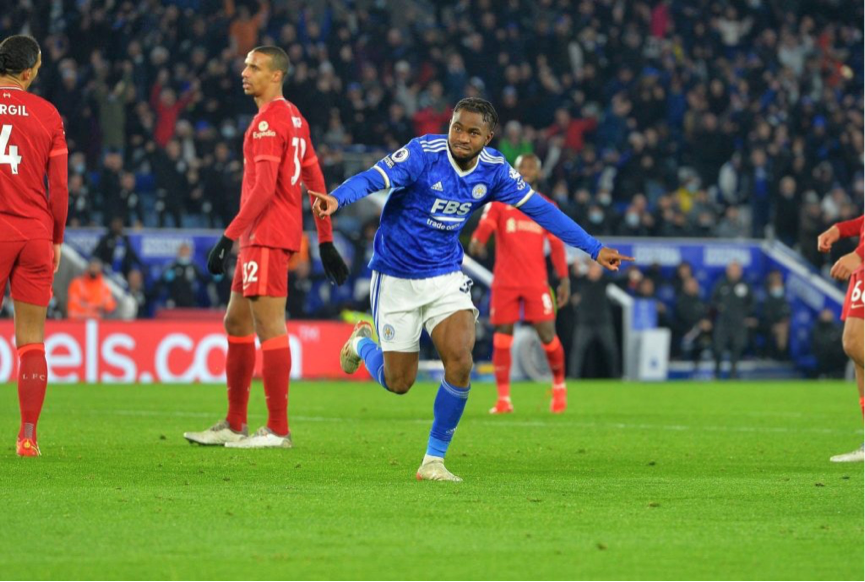 With Leicester City dillydallying on making his loan deal permanent in spite of having a good season with the Foxes, Ademola Lookman will be joining his parent club RB Leipzig for pre-season training. With Serie A side, Atalanta, ready to cash-in on the situation, Super Eagles striker’s future will remain in limbo

With his future still unclear, Super Eagles forward Ademola Lookman will be returning to Germany to begin pre-season training session with RB Leipzig on June 27, if things remain as they are between the winger and Leicester City.

Lookman spent the 2021/22 season on loan with the Foxes, impressing with eight goals and five assists in 41 appearances across all competitions.

Leicester retained an option to buy the Nigerian forward, who Leipzig expect to leave in exchange for €16.5 million.

Lookman’s loan contract with Leicester will expire on June 30.

The Telegraph of UK last month reported that the Foxes were keen to hand Lookman a permanent deal, with manager Brendan Rodgers a big fan of the 24-year-old attacker.

The winger, 24, has had a useful campaign at the King Power Stadium, scoring eight goals in 41 appearances in all competitions, and Brendan has confirmed he would like to keep him.

‘He is a young player I really like and he has done very well in his time here,’ said Rodgers.

‘We just have to wait and see from a financial perspective if that’s something we can do. He gives us real healthy competition and challenges Harvey Barnes in that left-sided position because that’s where he’s at his best. He is the type of player that of course I’d like to have.’

Rodgers has said several times that he is keen to refresh the Foxes squad this summer and player sales will be needed to fund that transfer campaign.

But recent reports from Germany, via RB Live indicate that RB Leipzig have not received ‘an adequate offer’ for Lookman and have not sanctioned any move for the Nigerian.

If matters stay that way this week, Leipzig expects Lookman to return to Germany and partake in the Bundesliga side’s preseason programme.

Leipzig paid 18 million euros to acquire Lookman from Everton in 2019, but the Super Eagles star failed to settle in Germany.

Meanwhile, Atalanta have joined the race to sign Lookman, with the Italian Serie A side looking to beat Leicester City to the exciting attacker, Megasportsarena.com understands.

Gian Piero Gasperini is in market for an offensive player and Lookman fits the bill.

The Foxes number 37 scored six goals in 26 appearances, as well as giving offensive quality both in the Europa League and in the Conference.

Leicester are the overwhelming favourites to land Lookman on a permanent deal from German side RB Leipzig this summer.

Lookman was born in West London to Nigerian parents. He represented England from U-19 through U-21 levels, winning the FIFA U-20 World Cup with the Three Lions in 2017.

He made his Nigeria debut in March’s World Cup qualifier against Ghana in Kumasi, where he came off the bench and started the return leg at the MKO Abiola Stadium in Abuja.

When asked about his decision to play for Nigeria rather than England, the RB Leipzig winger said:

“It was a tough decision. A decision I had to make because obviously it was my country’s call. My parents are Nigerians and I came to Nigeria a lot of times growing up and Nigeria wasn’t new to me. Being around the coach, players and people wasn’t strange.

“Making decisions wasn’t a tough decision in terms of knowing where I was going. Coming into the team, the squad has been great and everyone has been very receptive and welcoming. I love this group and the people.”

Lookman came on as an 81st-minute substitute against Sierra Leone in the 2023 Africa Cup of Nations qualifier match. The winger scored his first goal for the Super Eagles against Sao Tome and Principe in Nigeria’s second Group A match.

“Whenever I step out onto the pitch, I give 100 per cent but for Super Eagles, I give 150 per cent and that is because I know what it means to the people.

“I hope to endear myself to Nigerians by playing well and winning as many games and laurels.” he added.