FG: We Saved over  N10trn Through Treasury Single Account Implementation 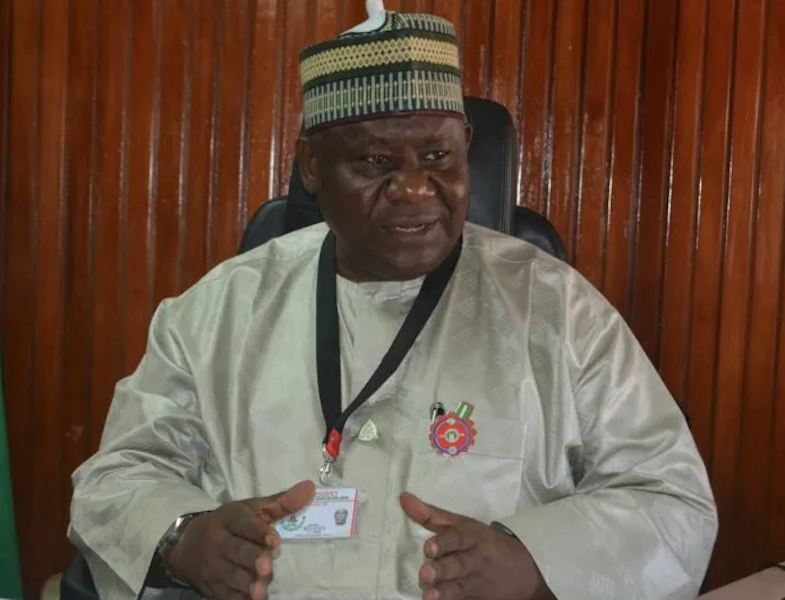 The federal government yesterday disclosed that over N10 trillion had been saved since the Treasury Single Account (TSA) was introduced by the Muhammadu Buhari-led administration.

The Director-General of Bureau of Public Service Reforms (BPSR), Dr. Dasuki Arabi, who made this known at a news briefing at Abuja, declared that government had succeeded in getting the TSA deployed in all ministries, departments and agencies.
According to him: “Challenges have come in the implementation at the initial stage, but we are overcoming that and government is able to save over N10 trillion over the years because whatever you’re generating now goes into a TSA that is managed by somebody else, not you.

“And government, especially at the top is always able to see what has come into our TSA today and what has gone out of that. So planning has been simplified. Budgeting has been simplified. Our distribution and allocation of resources have been simplified and streamlined.”
Speaking on the performance of the Bureau in the execution of its core mandate particularly in ensuring the full implementation of reform policies and programmes for the government, he said the introduction of Integration Personnel and Payroll Information System (IPPIS) led to the reduction of the Federal Civil Service personnel to 720,000.

The IPPIS, the DG further explained, led to the weeding out of about 70,000 ghost workers from the service.
Using video slides to illustrate, Arabi said: “On the next slide, these are some of the benefits that we think government or Nigerians have benefited out of the work that we have been doing in collaboration with other agencies of government, where they with the introduction of IPPIS about 70,000 ghost workers have been eliminated from the payroll.

“We have a one shot opportunity to look at IPPIS and say, as at today, we have 720,000 public servants working for Nigeria.
“This is a great achievement which I think we need to encode and we need to get it celebrated by all of us. We’ve been able to reduce more than N220 billion wastage through wrong management of IPPIS on payroll by ministries, departments and agencies of government. We have reduced the budget deficits and change the budget composition.”

The DG said as part of the reforms in the service, the Government Integrated Financial Management Information System (GIGMIS) had made government business paperless and “it has reduced man to man contact and processing, payments in ministries, departments and agencies of government.”

According to him: “Transparency has been improved. A lot of things are done even outside the office. But the most important thing is the ability given to central agencies, office of Accountant General of the Federation, and the Ministry of Finance to see what is happening in all ministries, departments and agencies of government because GIFMIS is not controlled by the agencies.

“It is controlled by the central agencies, but every activity you are doing under GIFMIS somebody, is watching you and is monitoring that activity. This is a great achievement for us and for all of you and for all Nigerians.

“There is better access to information on finances in this country. Whatever you do, somebody’s watching you and somebody can request and get the information. International rating agencies standards and co have more confidence in Nigeria now because they have access to information and data that they were not able to get before this time.

“Again, this is a breakdown of some of the benefits of the reforms that we’ve been driving.”
On deductions blamed on the IPPIS, which has been a source of friction especially between government and universities’ unions, Arabi affirmed that deductions just do not occur on their own except where loans had been obtained.

His words: “On deductions and complaints around IPPIS, you know, we have just started from the pilot ministries, six. We went to 10 then because of the push by the international community, especially the development partners, who are really eager to get Nigeria at that level at par with other nations we went through.

“I remember, I’m privileged to be part of the team that started the discussion around IPPIS and were able to get different sectors of the Public Service to come and have meetings and discussions with us to understand their various cadre within the field, their pay structure; their responsibilities and all these have been taken care of.

“Along the line, there are some new creations and I think there are some omissions, which government is addressing, but I would not take these men complain that their deductions like that, it cannot be arbitrary.

“For every deduction that is done, there is justification for that. And if there are problems, they are identified and complaints I made, that will be rectified. and quite a number of our colleagues, some may have taken lot of loans that have committed themselves, deductions are being made left, right and center.

“So, I want to assure you and the person that complained to you, that government is addressing some of these problems.”
The DG also stated that government is silently implementing aspects of the Oransanye Report on Civil Service Reforms.
He said government would soon make an announcement on the implementation of the White Paper.

“On Oronsaye white paper government has been working around that.You are aware that it was implemented in good time. And over the years, there have been changes. More agencies and commissions were created which makes it necessary for government to look back and say okay, between Oronsanye White Paper and today, how many more agencies have been created?

“So, that was why those committees were created. But beyond that, I want to tell you that some silent aspects of the report are being implemented silently. We’re hoping that very soon we will conclude on that and the major activity will come. So, just wait for the announcement from the secretary to the government of the Federation, who is the chairman of the implementation committee of the white paper,” Arabi further said.