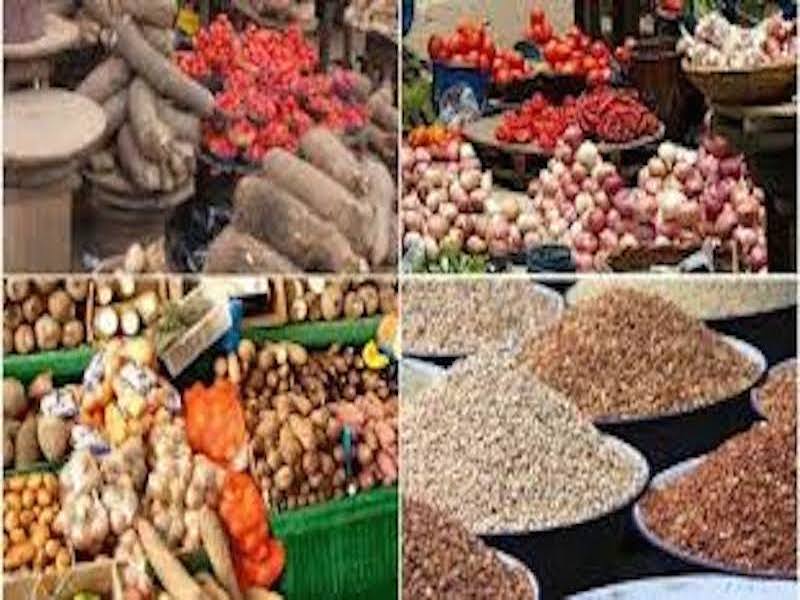 Gilbert Ekugbe writes on the need for economic managers to target real actors in the nation’s agricultural sector for Nigeria to attain self-sufficiency in food production.

The agricultural sector is arguably one sector that has enjoyed various forms of financial interventions from the Central Bank of Nigeria (CBN) over the years. Needless to say, the sector deserves all the intervention and attention due to the huge role it plays in human existence. Besides, globally, agri-food systems are failing due to climate change, Russia-Ukraine crisis, COVID-19 and many more. Moreover, farmers still have to grapple with infrastructural challenges such as poor storage facilities, lack of quality seeds, adequate funding, absence of mechanisation, post-harvest losses and insecurity in Nigeria.

According to the National Bureau of Statistics (NBS), Nigeria’s agriculture sector grew by 3.58 per cent (year-on-year) in the 4th quarter of 2021, an increase of 2.36 percentage points from the preceding quarter, which recorded a growth rate of 1.22 per cent. The sector contributed 26.84 per cent to overall Gross Domestic Product (GDP) in real terms in Q4 2021, lower than the contribution in the fourth quarter of 2020 and lower than the third quarter of 2021, which stood at 26.95 per cent and 29.94 per cent respectively.

Ordinarily, with a large arable area of land suitable for agriculture, the sector should be able to contribute about 56 to 57 per cent to the GDP if given the necessary support by the federal government where even countries with less arable lands are recording very high contributions to the sector on a yearly basis.

The sector has been a beneficiary of CBN’s interventions since the early 70s. It is disheartening that despite different efforts from the apex bank for over 50 years, the sector’s contribution to GDP leaves much to be desired. Undoubtedly, Nigeria has the capacity to be the food basket on the continent, but unfortunately, has continued to depend on food importation, which has kept the country’s food import bill growing by 45 per cent to $2.71billion (N1.12 trillion) in 12 months, according to latest report by CBN.

The CBN report on sectoral utilisation of foreign exchange, available on its website, showed that the federal government spent $2.71billion on food imports from January to December 2021.

The ACGSF was established by Decree No. 20 of 1977, and started operations in April, 1978. Its original share capital and paid-up capital were N100 million and N85.6 million, respectively. The federal government holds 60 per cent and apex bank, 40 per cent of the shares.

The capital base of the scheme was increased to N3 billion in March 2001. The fund guarantees credit facilities extended to farmers by banks up to 75 per cent of the amount in default net of any security realized. The Fund is managed by the CBN, which handles the day-to-day operations of the scheme.

The guidelines stipulate the eligible enterprises for which guarantees could be issued under the Scheme. Between 1978 and 1989 when the government stipulated lending quotas for banks under the scheme, there was consistent increase in the lending portfolios of banks to agriculture, but after the deregulation of the financial system, banks started shying away by reducing their loans to the sector due to the perceived risk.

The ACSS is an initiative of the federal government and the CBN with the active support and participation of the Bankers Committee. The scheme has a prescribed fund of N50 billion. It was introduced to enable farmers exploit the untapped potentials of Nigeria’s agricultural sector, reduce inflation, lower the cost of agricultural production (i. e. food items), generate surplus for export, increase Nigeria’s foreign earnings as well as diversify its revenue base. At national level, the scheme operates through a Central Implementation Committee (CIC) while at the Federal Capital Territory (FCT) and state levels, the scheme operates through State Implementation Committees (SICs) instituted to ensure that the objectives of the scheme is realised without hindrance.

To access loans under ACSS, applicants, who are made up of practicing farmers and agro-allied entrepreneurs with means, are encouraged to approach their banks for loan through the respective state chapters of farmers associations and SICs. However, large-scale farmers are allowed under the scheme to apply directly to the banks in accordance with the guidelines.

ACSS funds are disbursed to farmers and agro-allied entrepreneurs at a single-digit interest rate of 8.0 percent. At the commencement of the project support, banks will grant loans to qualified applicants at 14.0 per cent interest rate. Applicants who pay back their facilities on schedule are to enjoy a rebate of 6.0 per cent, thus reducing the effective rate of interest to be paid by farmers to 8.0 per cent.

As part of its developmental role, the CBN in collaboration with the Federal Ministry of Agriculture and Water Resources (FMA&WR) established the Commercial Agriculture Credit Scheme (CACS) in 2009 to provide finance for the country’s agricultural value chain (production, processing, storage and marketing). The intention was that increased production arising from the intervention would moderate inflationary pressures and assist the bank to achieve its goal of price stability in the country.

The primary objectives of the scheme are to fast-track the development of the agricultural sector of the Nigerian economy by providing credit facilities to large-scale commercial farmers at a single digit interest rate; enhance national food security by increasing food supply and effecting lower agricultural produce and products prices, thereby promoting low food inflation; reduce the cost of credit in agricultural production to enable farmers exploit the untapped potentials of the sector; and increase output, generate employment, diversify Nigeria’s revenue base, raise the level of foreign exchange earnings and provide input for manufacturing and processing on a sustainable basis.

The scheme, which is a sub component of the Federal Government of Nigeria’s Commercial Agriculture Development Programme (CADP), is financed through a N200 billion Bond raised by the Debt Management Office (DMO). Loans to eligible entities under the scheme are disbursed at a maximum interest of 9 percent. The subsidy arising from this stipulated rate and the market rate on all loans granted, and the administrative expenses of the Scheme are borne by the CBN.

CACS is operated in two tranches of N100 billion each. The 1st phase of the tranche ran from May to December, 2009, while the 2nd tranche commenced in February, 2010.

The CBN, in line with its developmental function, established the Anchor Borrowers Programme (ABP). The programme, which was launched by President Muhammadu Buhari on November 17, 2015, was intended to create a linkage between anchor companies involved in the processing and small holder farmers (SHFs) of the required key agricultural commodities.

The thrust of the ABP is provision of farm inputs in kind and cash (for farm labour) to small holder farmers to boost production of these commodities, stabilise inputs supply to agro processors and address the country’s negative balance of payments on food. The prograrrme evolved from the consultations with stakeholders comprising FMARD, state governors, millers of agricultural produce, and smallholder farmers to boost agricultural production and non-oil exports in the face of unpredictable crude oil prices and its resultant effect on the revenue profile of Nigeria. The objective of the scheme according to the apex bank is to create economic linkage between smallholder farmers and reputable large-scale processors with a view to increasing agricultural output and significant improving capacity utilisation of processors. Other objectives include: Increase banks’ financing to the agricultural sector, reduce agricultural commodity importation and conserve external reserves, increase capacity utilisation of agricultural firms and create new generation of farmers/entrepreneurs and employment, deepen the cashless policy and financial inclusion.

Though these interventions are good on paper, but the political will to have them implemented has been lacking. So, the lack of effective implementation mechanism has continued to plague the agro sector’s development.

For this reason, stakeholders in the agricultural sector have continued to drum their complaints on the need for the federal government to take proactive measures to bring these initiatives to light. These include the development of a new Agricultural Promotion Policy (APP) to replace the defunct APP that expired two years ago.

In a chat with THISDAY, the National President of the All Farmers Association of Nigeria (AFAN), Mr. Kabir Ibrahim, attributed the failed agricultural policies to poor implementation and lack of transparency on the part of the people given the responsibility to discharge the responsibilities. He said corruption is also a serious cankerworm that Nigeria must tackle headlong to achieve any form of agricultural sector development.

On his part, the Director General, Premier Agribusiness Academy (PAA), Mr. Francis Toromade, described efforts of the federal government by way of intervention as a drop in the ocean, saying that his academy is training farmers to boost their productivity, but however called on the federal government to address the insecurity situation in the country.

The Chief Executive Officer, Centre for the Promotion of Private Enterprises, Dr. Muda Yusuf, stated the urgent need for Nigeria to invest in mechanised farming, lamenting that Nigeria with a population size of about 200 million people still depends on hoes and cutlasses to meet its food demands.

Muda said: “The projections for the sector in 2022 are not too good given all these challenges that the sector is facing. There is problem of security and there is also nothing on the horizon to show that the issue will be addressed anytime soon even as the problem seems to be getting worse. If we do not fix security, how are we going to get people farming and if people are not farming how do they produce and if they are not producing how will the price come down. So the outlook from the point of insecurity and logistics, inadequate application of technology to agriculture, the problems are still there.”

The Former Executive Director, Lake Chad Research Institute (LCRI), Mr. Oluwasina Olabanji, said that the allocation to the sector is quite low, urging the federal government to invest in achieving food security.

Olabanji said: “If a nation is not investing in achieving food security but depending on other nation to meet its food needs, then the nation is destined for doom.”