Immigration Officers Trained on Mental Health in Rivers 40 mins ago

A VIEW ON COST OF LIVING CRISIS 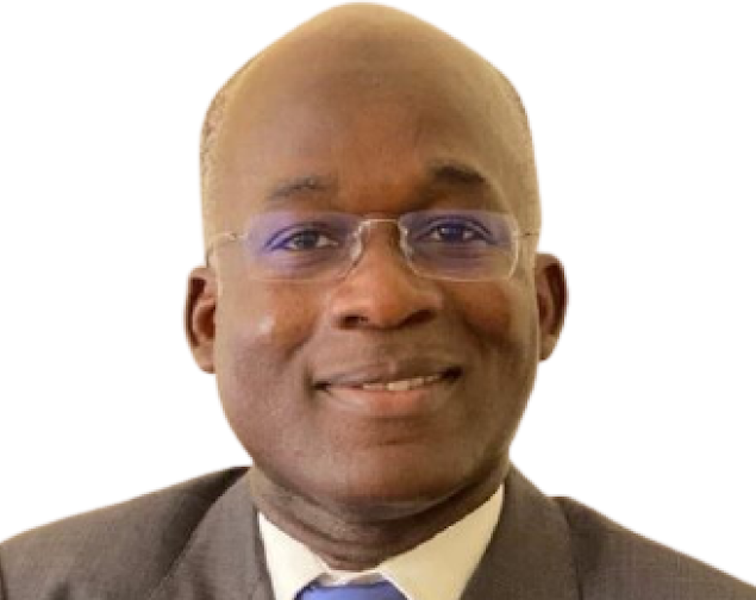 There has not been any concerted effort to address the crisis in living standards, argues Lanre Babalola

On the 1st of May 2022, the U.K. Observer published an editorial titled “The Observer view on the cost of living crisis”. The editorial focused on the challenges of the rocketing cost of living in Britain, caused by falling real household incomes as compared with higher energy and food prices because wages fail to keep pace with rising bills. The article outlined the impact of the crisis, U.K. government’s inadequate responses, and the measures that could be adopted to urgently raise living standards.

There are certainly parallels to be drawn here to the economic situation in Nigeria. Not only have living standards in Nigeria been falling at an unprecedented rate for the past two decades, but government responses have been tepid and have failed to halt, let alone reverse the troubling trend. The depth, pace and duration of the fall in living standards are difficult to gauge with any certainty in a country known for poor data-and-record keeping. Checks on official sources reveal little. The best source left is inflation statistics. While they tell us how quickly prices are rising, they spotlight neither the vertiginous fall in living standards that is set to continue as energy and food prices continue to increase, nor how wages fail to keep pace with rising bills.

A detailed examination of different issues reveals the depth of the cost of living crisis in Nigeria. While nominal income per capita has been on an upward trend over the last 20 years, the jarring inequalities that accompany economic growth in Nigeria, and macroeconomic disequilibrium mean that the impact of the rise in the cost of living has not been felt equally. For those at the helm of affairs, both in the private or public sector, this will barely register. For some families, skyrocketing prices have meant making difficult decisions when choosing how to cut back in consumption, such as forgoing specific staple food items and other necessities.

For many Nigerians, the rise has stretched budgets that were already barely adequate to breaking point, forcing more and more into poverty as they struggle to balance meagre resources to cover the costs of food, energy, transport, accommodation, and healthcare bills. The situation is compounded by a pronounced absence of urgent policies to reverse the poverty spiral, despite the increasing number of people being sucked into it. The latest statistics put the figure at over 80 million Nigerians. The lack of relevant data, however, makes it difficult to be precise on how deep and widespread the crisis is and which parts of the country are affected most. Perhaps this simply goes to show the unresponsiveness of government to a problem of such magnitude.

Government’s actions over the last few years can be reduced to populist social investment programmes that have little to do with investment in any meaningful sense, and pandemic palliatives that were simply ineffective and not well thought out to have any real impact. In other words, there has not been any concerted effort to address the crisis in living standards. This leads to the conclusion that the attention of ministers and government officials has been trained on the pursuit of their own interests and the 2023 elections with a view to self-perpetuation rather than to improving public service and elevating public interest. This is evident in the increase in the level of tax burden imposed on citizens as fiscal constraints and falling revenues have caused government to increase VAT while also significantly increasing public debt to fund budgets.

Unfortunately, the preponderance of public expenditure goes on salaries and other recurrent expenditures. Government actions are contrary to the standard economic tenet of stimulating economic activities and have instead exacerbated the cost of living. It is difficult not to conclude from this that the hardship people are enduring is of no consequence to those in government with the authority to meaningfully address the crisis.

The worrying lack of appropriate policies and measures ought to be of concern to those in authority as it may be construed as indifference, poor appreciation of the dimensions of the crisis or lack of understanding in formulating necessary solutions to address the harsh economic circumstances that are reshaping and defining Nigerian society and lives.

What we have seen so far are not only ineffective policies but expenditures on projects that have neither positively impacted the cost of living nor created real jobs but have instead worsened the fiscal position of the government as increasing levels of local and foreign debts are being contracted.

Nigeria is experiencing a prolonged economic malaise. Real wages are on a downward trajectory, productivity has remained stubbornly low, the economy is moribund, policies are wrongheaded and together these factors have sent prices skyrocketing. Our productivity in every economic endeavour and cost of production rank unfavourably against comparable countries both globally and on the continent. The implication is we simply cannot compete.

Sadly, there are no shortcuts to increasing living standards. Any approach must be multi-pronged. In this context, there are three main avenues, at the minimum, we must embark upon to address falling living standards. Firstly, economic policies need to focus strongly on boosting productivity and then ensuring that the gains and benefits are shared evenly among the various economic agents – financiers, producers, employers, and consumers. One of the reasons why poverty rates have risen is that unemployment has increased in geometric progression whereas economic growth has not even experienced appreciable arithmetic progression. Indeed, where jobs do exist, wages and income do not pay enough to ensure a minimum standard of living however we define it.

This situation can only be tackled by economic policies that focus firmly on job creation, on overcoming disparities between rural and urban areas, on income, and on gender inequalities. This will require, at the very minimum, a radical rebalancing of government capital expenditure vis-à-vis current expenditure, of public versus private sectors. To do so, the government must encourage far more efficient allocation of resources, more purposeful investment in social and economic infrastructure, on skills acquisition, to boost domestic production.

Climate change, the effects of the pandemic, fluctuating global demand patterns and supply chains, and graft, will only make the task harder. These factors combined, can unfortunately be expected to exert downward pressure on living standards, thereby increasing inequalities and poverty. If the standard of living crisis is not addressed fairly and squarely, the combination will increase pressure and undermine the existing social contract.

Secondly, we must urgently revisit and reformulate the raft of fiscal and monetary policies such as subsidies, exchange rate management, regressive taxation, custom charges, etc., that at present shackle economic activities and impact negatively on living standards. For a nation with a significant proportion of low-income earners, record-high unemployment and severe underemployment (especially among the youth), a dizzying proportion of the population in poverty, serious gender and income inequalities, yawning urban-rural gaps, and the spectre of food insecurity, government will need to put effort immediately into increasing disposable incomes of the poor and vast majority of the population.

Again, instead of doing what will improve the lives of the vast majority, successive governments, have in the face of stagnant revenues, maintained subsidy regimes that have spiralled out of control leaving very little resources for infrastructure development. Neither has, at face value, spurred economic activities nor created jobs. On the contrary, the situation has led to a greater debt and tax burden, which ordinarily may be justified if they were designed to boost economic activities and alter consumption decisions, instead they have emerged because of fiscal policies to bolster government revenues.

Thirdly, to tackle the high cost of living, the government needs to implement structural reforms in two areas: The most important of economic and social infrastructure, transportation, energy, ICT, and water, account for the former; and education, skills acquisition, healthcare, the latter. Various administrations have attempted to increase aggregate supply, albeit unsuccessfully, without taking full cognisance of the role of aggregate demand. The unintended consequences were, in terms of outcomes, a reduction in real wages, increasing inflationary pressures, and diminishing overall social welfare. To put it bluntly, it is the poor in Nigerian society that have been adversely impacted the most.

Two areas of structural reforms can immediately and effectively impact favourably on high cost of living. First of all, the economy desperately needs infrastructure to promote and expand agriculture, rural development, a functioning transportation sector, and energy in urban areas to support economic growth and social development. By the same token, secondly, housing is a major challenge for most Nigerians. Neither government nor the private sector has provided adequate and affordable housing for the generality of Nigeria, leaving most unacceptable living conditions. Housing has the propensity to kick-start the economy, addressing the corollary of rural-urban drift. Nigeria urgently needs a programme of investment in housing development to create affordable homes for rent and purchase, which will spur the construction sector and concomitantly create jobs.

These are long-term economic reforms that require sustained investment. Even if the capital is mobilised, the investments will take time to fully deliver for the economy. For if the current and subsequent administrations are to tackle the deep and structural social and economic crises that envelop the nation, the will to address the underlying causes of crises must be resolute and unambiguous. And it must be combined with the capacity to plan for the next decade and future generations. Otherwise, the lackadaisical approach that has become the order of the day will consign us to jobless growth, while the high cost of living will drive more people into poverty.

Last, and most importantly, security as the key element in a business enabling environment must, without equivocation, be factored into the calculus of economic growth and development. In addition to the persistent threat to life and property it poses, insecurity exacerbates food insecurity and negatively impacts economic activities especially agricultural outputs and the distribution side to the food supply chain.

While the measure highlighted above are important and are expected to increase aggregate supply, any approach that will comprehensively address cost of living crisis must include measures that positively impact aggregate demand. The latter must spur real income, positively impact consumption patterns and consumer behaviour, which in turn will stimulate domestic production, and lead to a more sustainable outcome

Dr. Babalola is a director of The African Politeia Institute, an Abuja-based think-tank