MONKEYPOX: ANOTHER RED ALERT FOR NIGERIA 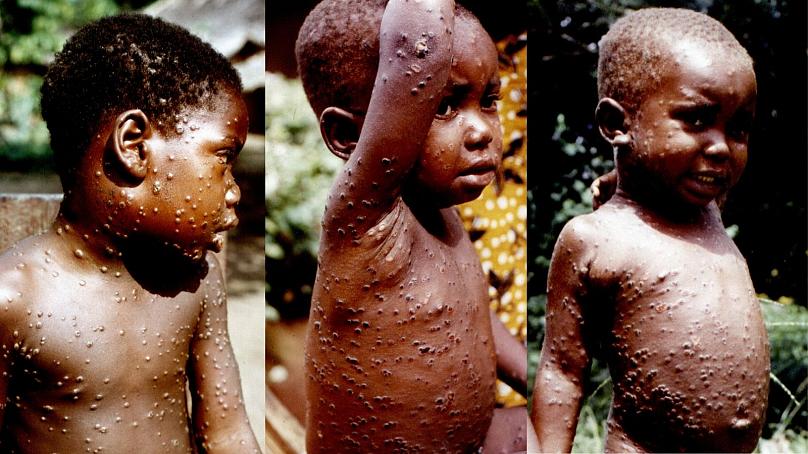 The outbreak of the viral disease in some parts of Europe and North America is a wake-up call, reckons Linus Awute

There is a shock wave in several countries as there is now an outbreak of Monkeypox, a viral infection that has spread to several countries in Europe as well as to the United States, Canada and Australia. Only last Friday, more than 100 cases were either suspected or confirmed in Europe. It is also believed that this is the largest outbreak of the disease ever in Europe.

I watched the Chief Public Health Officer of Canada, Dr. Teresa Tam, on YouTube when she said in an interview that the world is shocked that the outbreak could happen in countries outside Africa. According to Dr. Teresa Tam, “It is unusual for the world to see these many cases reported in different countries outside of Africa, I think at the beginning of every outbreak we should try and understand the transmission routes”. This is trying to mean that it was not supposed to be an European or American disease. This is just one statement in the midst of many negative remarks on Africa and West Africa in particular since the monkeypox disease outbreak. It is now obvious that the focus of the west is adjusting towards the speculation that the source of this pandemic is Africa instead of discussing the vulnerability of the African continent and the need to join hands with African leaders in order to protect the continent and its people from the monkeypox disease outbreak abroad.

It is true that the WHO has taken a bold step to call a meeting in Geneva working closely with countries to respond to the monkeypox virus outbreak; however, this call for a meeting is unfortunately dealing more on the outrage that this particular outbreaks, reported in 10 to 11 countries of Europe and America are atypical as they are occurring in non-endemic countries instead of the endemic countries of Africa. This is too sad to note, but it equally tells us, the Africans, to know the world and understand the interests of those living in it in order to readily understand when we are being used or insulted as a means of perpetuating the expression of innate feeling of superiority over us.

Stigmatizing countries like Africa or groups of people because of a disease is not acceptable and we trust to believe that WHO itself does not believe in stigmatization. It therefore behoves on the organization to understand how to go ahead of national governments of the affected countries to eclipse their sentiments, outrage, hasty mischaracterization and judgment with the correct narrative of their own unwholesome lifestyle and trending belief system that are capable of provoking the emergence of unknown diseases.

As monkeypox spreads through Europe, Canada, America and Australia, the best that anyone can expect of these countries is for them to focus their response on the people affected and their close contacts as well as research and study their own peculiar life style. People who closely interact with someone who is infected are at greater risk for infection. This is the scientific principle and the notable belief system that govern disease control, containment and prevention. We do not have to resort to conversations that diminish, unconsciously, the intellectual capacity of the scientists themselves.

For us in Nigeria, this is a wake-up call for a country with unmanned multiple land crossings and porous border lines. The lesson to take home now is the fact that the monkeypox may be yet another threat on the sobriety of Nigerians, our patriotism and resilience. We must therefore watch out with a clear head and not to allow ourselves to be too drunk with the sweet and bitter wine of politics which has hitherto saturated the air. Monkeypox is real. Although a rare disease that is caused by infection with monkey-pox virus, it is disease of high morbidity.

Monkeypox virus, as defined in the various health journals and scientific documents of the Federal Ministry of Health of Nigeria, “ is the type of virus belonging to the Orthopoxvirus genusin the family Poxviridae. In the Orthopoxvirus genus, there are cowpox virus, variola virus which causes small pox and vaccine virus used in small pox vaccine”. According to experts who have spoken by way of interview on the subject, …human transmission of monkeypox occurs through close contact with infectious material from skin lesions of an infected person, through respiratory droplets in prolonged face to face contact and through fomites”. It manifests in symptoms similar to the type that sufferers of Ebola Virus Disease and Covid19 have narrated such as fever, headache, muscle ache, backache, chills, exhaustion, etc. The most distinguishing symptom for monkeypox virus is the swollen lymph nodes. Above all, monkeypox kills adamantly like the other named diseases.

From the benefits of hindsight, one can only but postulate or teach that which can suffice as patriotism under the circumstance. Borrowing the words of our former President, Chief Olusegun Obasanjo, during his 85th birthday on 5th March 2022, “We must understand the world we live in and which may not feel it owes us anything except what we can wrest from the abundance of good on earth for ourselves, essentially by ourselves to be preserved and used for and in the best interest of ourselves….”. To this end, I am inclined to seize this opportunity to reflect, in one sentence, on the unprecedented scale of the Ebola Virus Disease outbreak in West Africa and how it was timely contained in Nigeria in order to underscore the need for us to consider the monkeypox now ravaging Europe and America as another threat on Nigeria, the extension of which is Africa.

Strictly speaking, Ebola Virus Disease was contained in Nigeria not by the frontiers of monetary budgets, partisan rhetoric and foreign interventions, It was rather contained by the deep patriotic devotion of the Nigerian, coupled with the spontaneity of the leadership in the bureaucracy of the Federal Ministry of Health of Nigeria in our resolve to be ahead of the disease, using a collectively defined matrix for mutual accountability for achieving results for Nigerian.

As a people, guided by institutional memory, we can still prepare for any unlikely event of an outbreak of monkeypox virus in Nigeria. It is therefore advisable that this outrage in Europe and America should sufficiently represent a red alert for Africa and for Nigeria in particular. Let us therefore send the red alert to all the states of the federation through the medium of an emergency meeting of the National Council on Health with observers such as the country’s representative of WHO and others invited to play their statutory roles. The cross-cutting responsibilities of the Public Health and Health Planning Departments of the Federal Ministry of Health, including the NCDC, the Nigerian Immigration, the Ports Health Authority, etc., as old hands in the game, can be further reinvigorated and promoted to synergize and focus on this threat and to adequately collaborate and prepare the country in advance against any situation of the monkeypox virus disease emergency.