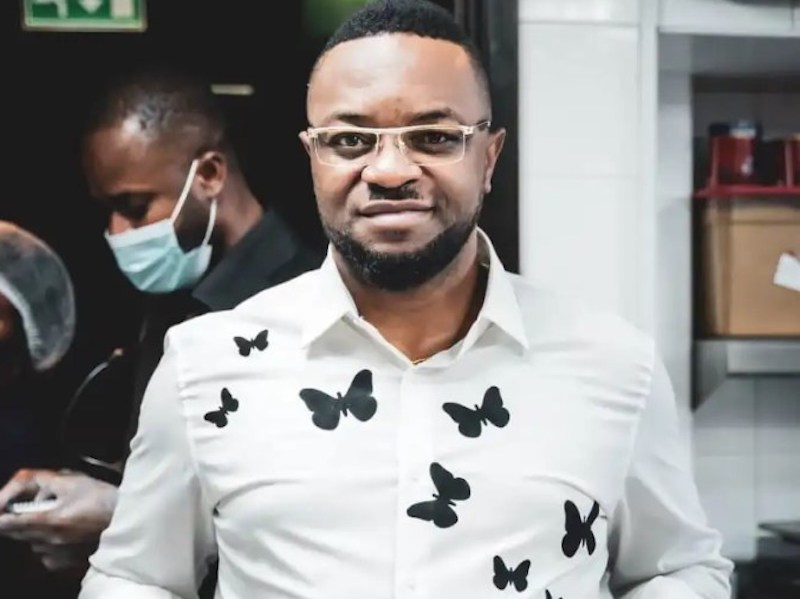 The Nigerian community is growing in different parts of the world, from Europe to Americas, Asia and Australia, and as their population grow in the diaspora, they long for their spicy foods from Nigeria. For several years now, the Nigerian foods have been finding their ways through the bellies of aircraft to different international destinations.

It was this circumstance that gave birth to Enish, the Biggest Nigerian Restaurant Chain in the world with 10 branches in the UK, one in high brow Dubai and the company has occluded plans to open a $3M second branch at the Palms Jumeirah, Dubai.

THISDAY spoke to the restaurateur, Olushola Medupin who adopted a style to establishing his restaurants in sophisticated environment, which was the niche that beckoned at a class of Africans and Europeans who are the majority of his clientele. They fell in love with Nigerian cuisine, which has become irresistible, as high demand prompted Medupin to establish many branches in London and now adding another to existing one in Dubai at upper class Dubai neighbourhood of the Palms at Jumeirah.

He said Nigerians want their home comforts even when they are abroad, be it music or food, they want a taste of home all the time. With over 10 locations worldwide and counting, Enish Restaurant & Lounge provides the right ambience and gives customers that feeling of home that they are used to. With two outlets in Dubai Nigerians visiting are sure to have a first class experience on their visit.

The first Enish Restaurant & Lounge in Dubai is located in the heart of the Emirate along the famous Sheik Zayed Road and opened in February 2020, two weeks before COVID-19 was declared a pandemic. However, Enish has stayed afloat even in such trying circumstances and now all is set for its second outlet in the Emirate.

As the only authentic Nigerian bar in UAE with soothing traditional signature African cocktails, Enish offers a perfect venue for both business and social meetings with various night themes for each day, such as: Ladies Night, African Night, Afrobeats Night and much more. In addition to this Enish often hosts live performances from many of Africans biggest names in music.

Apart from Nigerians, Enish Restaurants enjoy patronage from people of diverse cultures and nationalities. With outlets in London, Dubai and more to be established in Canada, US, Enish is arguably the largest Nigerian Restaurant chain in the world.

When asked what he thought was the impact of Enish on brand Nigeria, he said, “Even in London we have almost 200 Nigerians working and they are British born. And they are happy and proud of where they work like they are working in Nigerian restaurant. Before, they won’t even go near it. Even in London there are lots of people that want to partner with us, the BBC, all other top companies.

“There was a time Google came in, did free advert for us and put it on five different TV channels. When we got to Dubai, they did not want to give us the restaurant in the hotel because it is a 5 Star hotel. We tried to convince them but they refused to listen; that they don’t want prostitutes hanging around, they don’t want nuisance. It did not go down well with us because if it were UK, I would have taken it up. So we told them that we are from UK and have the biggest Nigerian restaurant in the world.

“So they said they need to speak to their director who was a white lady from England as well. So when they went to her and told her that there was this Nigerian restaurant from UK that claimed to be the biggest. The woman just said, is it Enish? And that changed the whole narrative. Even when we got there the first three months, people were laughing at us; that where are we going to get the money to maintain this kind of space, because it is quite expensive, at about $30,000 a month rent. Even one of the Emirates Kings came and said who owns this place and how is he going to sustain it? Everybody underrated us.

“Other restaurants were also making fun of us and they gave us only three months. But after one year we are number one in the hotel, we are making the highest sales and since then the hotel started respecting us,” Medupin said.

He explained that his concept was to have local food in a 5-Star environment because he noticed that Nigeria’s food has so many flavours that even the white people appreciate it.

“I think it is even the Nigerians that do not appreciate our food, but white people really appreciate it. The food is well presented, and we are doing everything good, it is just the environment and the presentation. So I can prepare pounded yam and egusi in another different bowl but it is still pounded yam and egusi, it still has its local taste. What I noticed is that when people have a posh restaurant they start changing stuff and foreigners don’t like it. They like what is original because when you go to Chinese restaurant what they serve you anywhere in the world is what they serve you in their country,” he said.

Medupin also disclosed that Enish sources most of its foods directly from Nigeria, some from Ghana and also from Dubai and London and the foods from Nigerian are airlifted by British Airways, Emirates from Nigeria to London and Dubai.