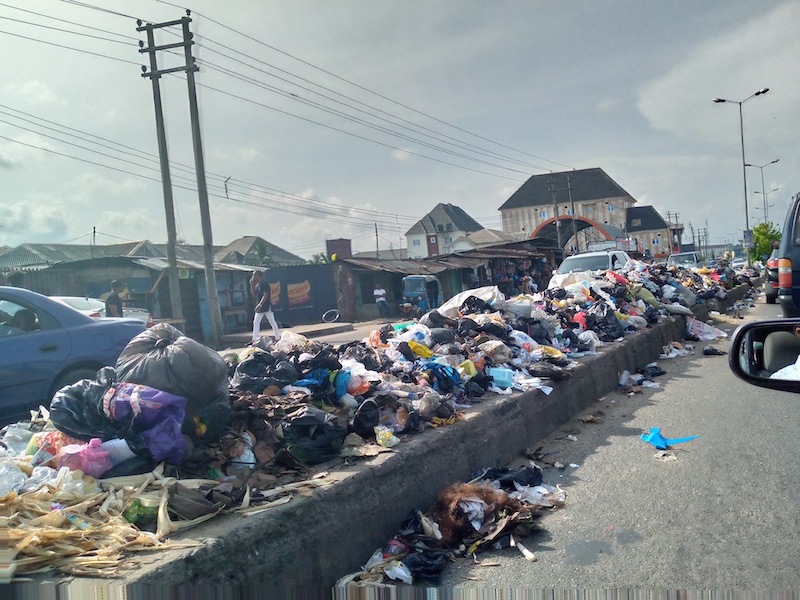 Blessing Ibunge reports that Port Harcourt, the heart of Rivers State, which was once described as a garden city with its quality of cleanliness and well arranged plots of buildings, has now turned into a ‘garbage city’, thereby posing health threat to residents

For over a week, THISDAY observed that disposed refuses littered the streets of the once beautiful city of Port Harcourt in Rivers State.
It was gathered that the city took a bad shape following the sack of the Sole Administrator of Rivers State Waste Management Agency (RIWAMA), Felix Obuah by the state governor, Nyesom Wike.

THISDAY further gathered that the sack could be connected to Obuah’s declaration and screening for governorship seat ahead of the 2023 guber election in the state.

It would be recalled that on April 29, 2022, the state government had declared the termination of Obuah’s appointment as RIWAMA boss, ordered and directed the Chairmen of Port Harcourt and Obio/Akpor to ensure the cleanliness of the environment henceforth.

The statement claimed that the sack which also affected all private contractors was because of their inability to perform their duty in the cleaning of the environment.

The statement as signed by Kelvin Ebiri,l, Special Assistant on Media to Governor Wike, declared “The Rivers  State government hereby announces the  termination of its contract with all private waste contractors effective from 29 April, 2022.
“The decision to terminate their contract with the  Rivers State Management Agency (RIWAMA), stems from their inability to fulfill the contractual obligation to ensure  cleaner and healthier environment for Rivers’ citizens.

“In the interim, the Rivers State Government has directed the Chairmen of Port Harcourt City and Obio-Akpor Local Government Areas to immediately take charge of the evacuation of waste in their respective jurisdiction, pending the announcement of new waste contractors by Monday.
“In line with its commitment to ensure a more hygienic environment, the Rivers State Government has hereby assured residents and indigenes of the state of its resolve to tackle the waste problems in the state in a comprehensive manner”.

Though the governor had promised to hire a new contractor to manage the waste, few weeks after, residents of the two major cities are lamenting possible serious health outbreak if nothing is not done for the evacuation of the refuses.
An environmentalists and Executive Director of We the People, Ken Henshaw has slammed the state governor, Nyesom Wike for giving more attention to his political ambition than the health of the residents in the state.

Henshaw said: “The state government, local governments and state sanitation authority have failed woefully. Port Harcourt has become the headquarters of dirt and this has exposed most in the state to advent health impact.

“How can we have a city refuse is dumped everywhere: on road corners, bus/stops, markets etc. And I think if this is not addressed very quickly, it could result in a health pandemic very soon”, he warned.

A resident of the state who gave his name as Odimma, lamented “About few weeks ago, the city have been a mess with all manner of garbages. So it is pathetic, it despicable, it is shameful that Port Harcourt will degenerate to this level of environmental decay.

“I think it lies on the government, particularly the governor of Rivers State Nyesom Wike to immediately as a matter of urgency appoint a Commissioner for Environment and a Sole Administrator of RIWAMA to ensure the cleanliness of the state capital and its environs.

Picture: Refuse dumped along major roads and streets of Port Harcourt and Obio/Akpor in Rivers State