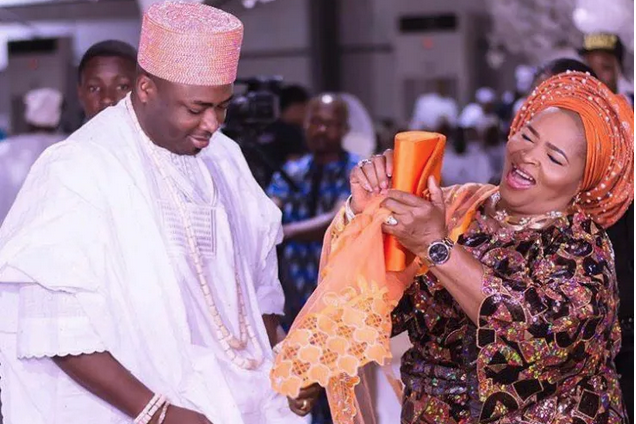 Mothers will always have a special place in the hearts of their children. It doesn’t matter that father’s traditionally bear the title of the breadwinner. After all, it is the mothers that end up feeding the children that bread. It is, therefore, no surprise that Oba Saheed Elegushi, the undisputed monarch of the Ikate-Elegushi kingdom in Lagos State, will be taking time out to celebrate the birthday of his mother, Olori Sinat Elegushi.

A king in the modern day is like the only elephant in a jungle of noble beasts. Every time he moves, there is a quake in the lands below and thunder in the skies above. That is how it is with Oba Elegushi every time he moves to celebrate his mother. He did it like this last year, and the year before, and the year before that. He is doing it this year also, and the celebrations are even more lavish since the Queen Mother is hitting 70 years.

According to reports on social media, Olori Sinat’s 70th birthday is today, Sunday, May 22, 2022. In recognition of this special day, Oba Elegushi is not sparing a kobo as he plans to throw the biggest birthday party yet. All guests are expected to come bearing goodwill as they gather at the prestigious Monarch Event Centre in Ikate, Lekki, Lagos.

Although people have grown used to Oba Elegushi’s empathetic side (where he congratulates everybody on anything), people are still in awe of when he expresses joy on the birthday of his mother. This year is no different, based on whisperings from the Royal Palace of Elegushi. The gist is that there will be bands from here to the moon and back, all of them encouraging the guests to dance in commemoration of Olori Sinat’s impactful 70 years on the earth.

Indeed, one only needs to look at the son she raised to know that Olori Sinat is a superwoman. At 70, she has a son willing to flip the world over in celebration on her behalf.