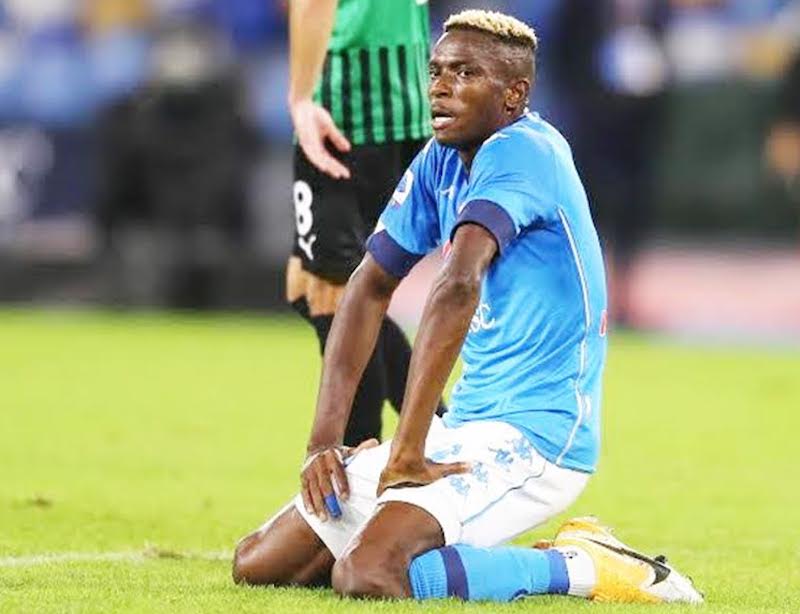 Napoli Manager Luciano Spalletti is sweating over the fitness of Victor Osimhen before his side’s final league game of the season against Spezia.

Napoli players were back at the Konami Training Centre yesterday morning, before the trip to Liguria, but the Nigeria international was missing from the session.

The team later announced  on their official website that Osimhen didn’t train as he was feeling unwell.

The 23-year-old Super Eagles forward trained in the gym on Wednesday, while majority of his teammates were involved in outdoor training games and possession drills.

He spent approximately two months on the sidelines after sustaining fractures to his cheekbone during the Serie A clash against Inter Milan on November 21 – an injury that contributed to him pulling out of Nigeria’s roster for the 2021 Africa Cup of Nations in Cameroon.

Osimhen has bagged nine goals in fifteen appearances in the top-flight since returning to action against Bologna on January 17.

The tie against Spezia is a dead rubber clash, given that Napoli have already qualified for next season’s UEFA Champions League and will finish in third position win or lose on Sunday.