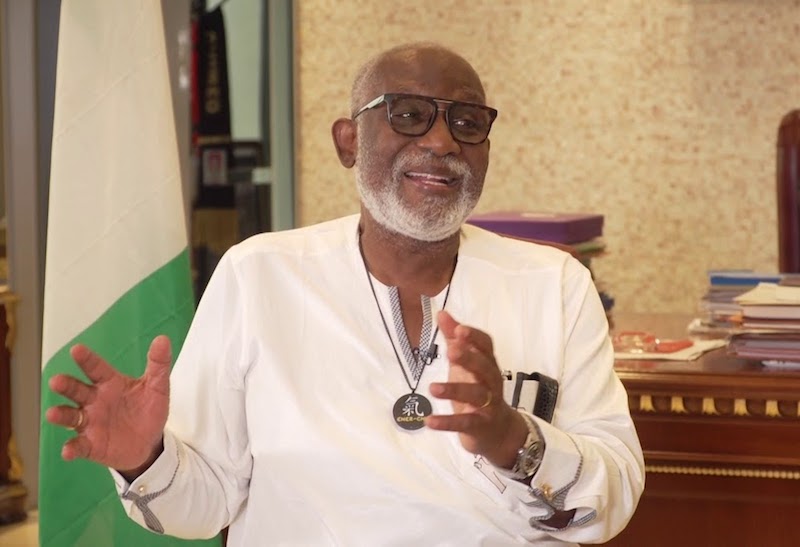 Chairman of the Southern Governors’ Forum and Governor of Ondo State, Rotimi Akeredolu (SAN), yesterday, faulted the 1999 constitution, which puts security on the exclusive list of the federal government as well as the concept of the federating unit being practised in the country.
Akeredolu said the federal government wields too much power, hence, a need to rejig the constitution in such a way that would give power to the states in the country.
In a statement he personally signed, Akeredolu who said the 1999 Constitution, as amended, mocked the federal status of the country, noted that the precarious state of the polity, about security and economy, made it compelling.
“We hold it as self-evident that a federal state must put in place a system of administration, which reflects its heterogeneous character. The Federating units must progress from the semblance of autonomy to the recognition of their unique features, which justify their existence.
“All institutions must emerge as consequences of deliberative engagements designed to accommodate and serve all segments of society. Social services become seamless and effective, when governance is localised,” he said.
Akeredolu added that legislators must consider, very seriously, making laws that would deepen the current democratic experiment.
He stressed that the development pointed to the ostensible potential of a nation-state sincerely desirous of mobilising the citizens for the production of goods and services.
On the growing acceptability of the Amotekun Corps, Akeredolu said the corps pointed at the path to tread in ensuring that collaborative efforts among security agencies yielded maximum protection for the citizenry.
According to him, “It, therefore, becomes anomalous and suspicious to insist on a central command structure of policing the polity. We are proud of our modest intervention at a most auspicious moment in the country. We enjoin all patriots to look critically into the issues bordering on the challenges faced by the country as a result of the current system.
“Devolution of powers must be perceived as necessary for the development of the country. There can be no meaningful progress in a system where the Federating units are treated as mere outposts for the central administration.”