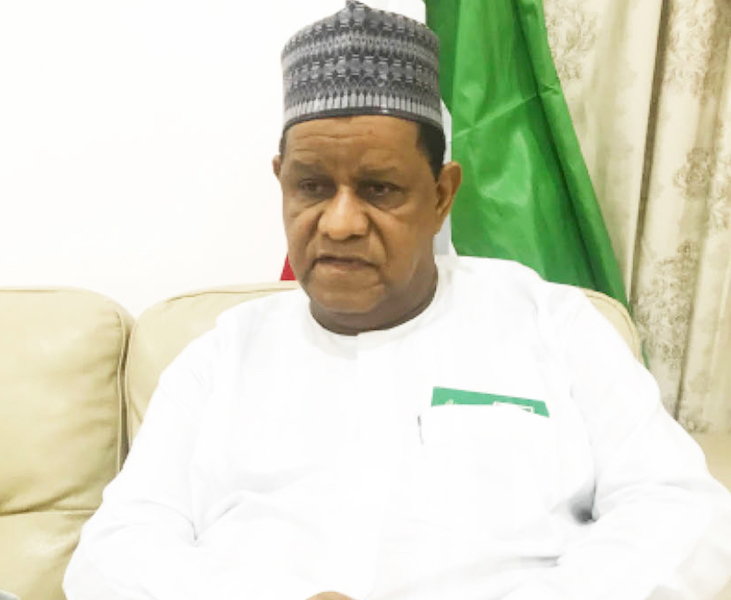 A presidential aspirant on the platform of the Peoples Democratic Party (PDP), Mohammed Hayatu-deen, has said that even as a military head of state, former President Olusegun Obasanjo brought about many policy reforms that helped transform the nation.
He said this when he paid a courtesy visit to Obasanjo in his country home in Otta, Ogun State, Thursday.
Hayatu-deen, who said he was grateful to the former leader for playing host to him and his entourage, added that also as a civilian president, Obasanjo also proved his leadership qualities.
“I come here recognising the full ramification of your works. Despite your professional calling as a military head of state, you brought many policy reforms to our country, refineries and road infrastructure, between 1976 and1979. Under your watch as civilian president, the PDP that was formed in 1999, has undergone a lot of transformation,” Hayatu-deen said.
He said Obasanjo carried out reforms in telecommunications, transportation and many other areas.
The presidential aspirant said he had three major reasons why he wanted to become president, adding that the society was decomposing very fast, there was major social security problem and he was motivated to do the best because he had seen better days as a Nigerian.
In his remarks, Obasanjo thanked the delegation as he was receiving them as a friend.
“I also thank you for the remarks you have made. Some people say that human memory is short. Maybe they are right because some of the mistakes we are making we won’t if memory was not short,” Obasanjo said.
He agreed with Hayatu-deen that this period is not like any other period in Nigeria.
“I can’t find any better words to describe the situation we find ourselves, than the words you have used — decomposing and dissolving. It is agonising,” the former president said.
Obasanjo said the nation needed four things: knowledge, vision, passion and innovation.
“We can’t do the same thing we have done in the past that did not pay us. We have to innovate and restrategise.I know we can put all insecurity behind us within a space of years. That we have done this is by the choice of our leaders,” Obasanjo said.