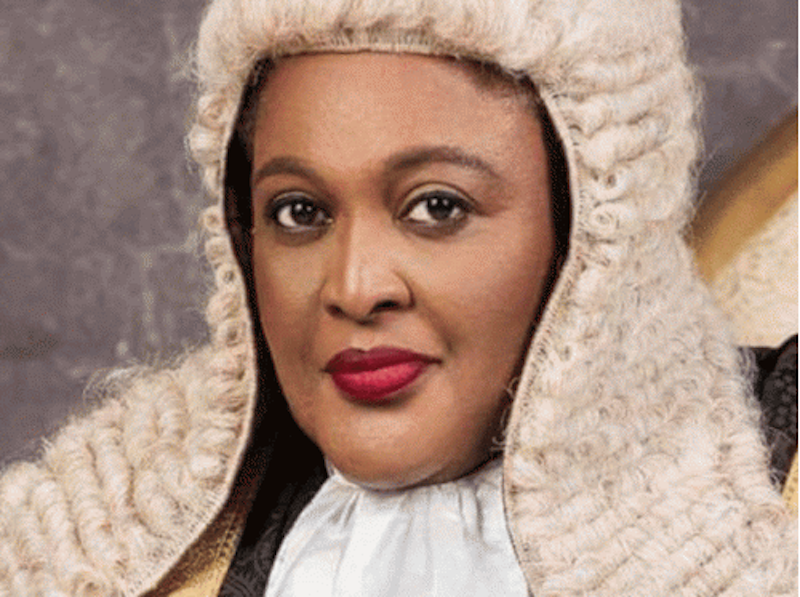 Justice Mary Peter-Odili is an incorruptible and indomitable judge during her years of service, says the Chaplain of Our Lady of the Holy Rosary Chaplaincy, Very Rev. Msgr. Pius Kii.

Kii stated this at the 70th birthday and retirement thanksgiving mass in honour of the judge, held at the Catholic Institute of West Africa (CIWA) in Port Harcourt, Rivers.

Kii, who in his homily said love was the only tool that could bring about peace and security, noted that Odili contributed to the development of the legal profession.
He described her as “an extraordinary mother who combined her career and family in a society that offers scanty opportunities for women.”

“Justice Mary Odili is a role model to first ladies. Her contributions have helped reshape the legal profession and women in the legal profession. She is an indomitable individual in society. For 44 years, she has been known as an incorruptible judge. It is a fulfilled retirement.”

The clergy applauded the former Rivers Governor Peter Odili for his support and commitment to ensuring his wife got to the apex of her profession and retired successfully.

In his remarks, Governor Nyesom Wike stated that the retired Supreme Court of Nigeria’s justice was like a mother supporting everyone who came across her or her husband.

“No politician in Rivers State today that will say he did not eat food in Justice Mary Odili’s house unless a prodigal son. She is very caring, especially when she sees you around her husband. I can’t talk of my growth without mentioning Mary Odili. Her being around saved my career in politics,” stated Wike.