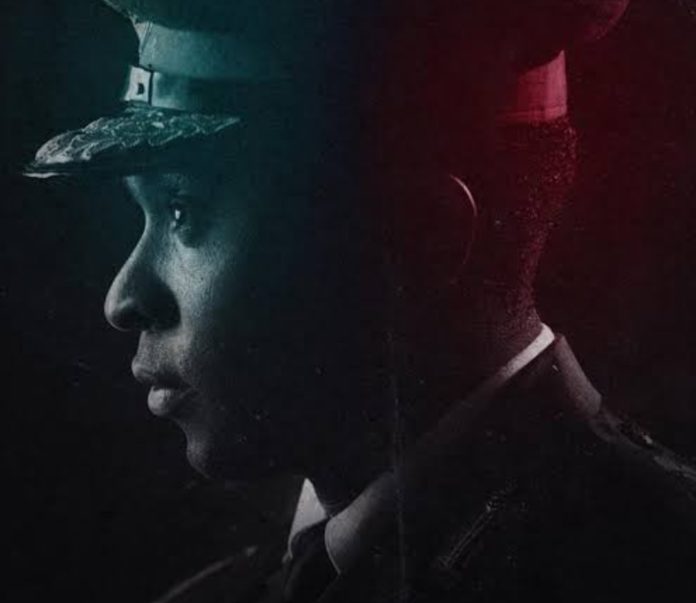 Highly anticipated biopic of former Nigerian Head of State, Ibrahim Badamasi Babangida has been confirmed for Amazon Prime debut. The Obi Emelonye directed movie comes to the streamer months after an historic world premiere at the Cineworld Cinema 02Arena, London. The biopic titled ‘Badamasi: Portrait of a General’ will premiere on the streaming platform on May 18, 2022, almost three years after its anticipated theatrical release.

The film witnessed multiple delays influenced by the National Film and Video Censors Board (NFVCB) which also led to a forced postponement of its cinema release originally slated for November 29, 2019. The delayed cinema release of ‘Badamasi’ was attributed to some powerful figures that would prefer it covered. In 2020, Emelonye in an exclusive interview revealed that Babaginda granted him rights to make the film after a four-year wait.

Shot in 2018, in Lagos, Minna, Abuja and the University of Nigeria, Nsukka campus, where the UK-based filmmaker graduated some 30 years ago, the IBB biopic takes a look into the life of Ibrahim Badamasi Babangida. Starring Enyinna Nwigwe in the lead role, the film follows the life of the former military Head of State and portrayed him as a man with a deep sense of patriotism amid his human flaws.

In a remark following his earlier posts, Emelonye said “Watch General Ibrahim Babangida’s journey up the ladder of life from an orphan to President (plus everything in between) and back down by ‘stepping aside.’”

2023 AND THE DELUGE OF ASPIRANTS