Ex-Defence Chiefs Back Calls for Recall of Retired Military Officers to fFght Terrorism, Banditry 9 mins ago

Towards Reforming Civil Service Reforms in Nigeria:  A Research Agenda  33 mins ago

A New Nigeria Story: Kwankwaso the Outlier 1 hour ago 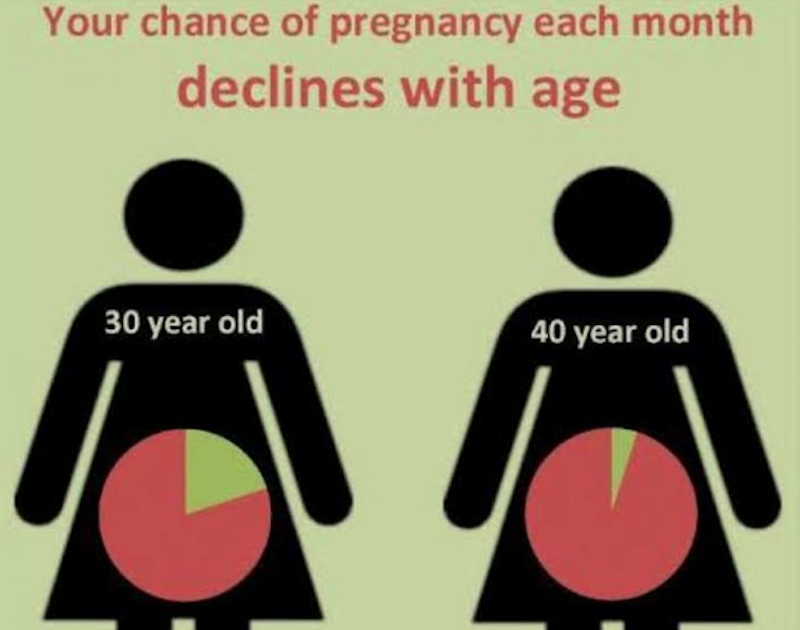 Our habits and ways of life are lifestyle factors, and they can have an impact on our overall health, well-being, and fertility. The development of healthy habits has a significant impact on your general health and fertility. You may not be able to control medical issues that affect your ability to conceive, but you may control several lifestyle habits that are known to impair fertility, such as smoking, alcohol, and caffeine. Maintain a healthy weight because being overweight or considerably underweight can prevent ovulation from occurring normally. Prevent sexually transmitted illnesses by wearing a condom. Infections like chlamydia and gonorrhea are one of the most common causes of infertility in women. Working the night shift on a regular basis may increase your chances of infertility by altering/ distrupting  hormone  production as an after effect of stress. If you work the night shift, make an effort to get adequate rest while you are not working.

Fertility preservation treatments, such as preserving embryos following IVF or extracting and freezing eggs for later use, are options for women who want to postpone motherhood until their late 30s or early 40s. Embryo freezing (cryopreservation) has a high rate of success, but it requires a male partner or the use of donor sperm. Egg freezing for fertility preservation is a new method which has shown success. Women who want to use elective egg freezing still have to deal with their age. The outcomes of assisted reproductive technology cycles using frozen eggs grow less favorable as the age of women undergoing egg freezing increases.

New technologies are now available that will allow embryos to be tested for chromosomal abnormalities. This technology is used to generate embryos during an IVF cycle. It may be especially beneficial to older ladies. Preimplantation genetic testing (PGT) involves removing a small number of cells from each embryo and genetically analyzing them. The chromosomally normal embryos would be selected for transfer to the mother’s uterus/womb. The objective is that PGT/PGS  will prevent the transfer of a genetically abnormal embryo with  increase in  the number of successful pregnancies and birth of healthy babies.

Treatment options are limited when you are older, especially if you are over 42, have not had success with prior treatments, or if you have premature ovarian failure (POF), commonly known as early menopause. Egg donation, which entails using eggs donated by a woman in her 20s or early 30s, is a highly successful procedure. The high success rate of egg donation shows that the primary obstacle to pregnancy in older women is egg quality, which is linked to age. Although the chances of a successful pregnancy in IVF cycles using donor eggs are much higher if you are over 40, many couples or single women in their early 40s will choose to accept the lesser probability of becoming pregnant using their own eggs. By the age of 43, the chances of becoming pregnant with IVF are fewer than 5%, and by the age of 45, donated eggs are the only feasible option.

The woman who receives the donated eggs is referred to as the “recipient” in an egg donation cycle. Fertility drugs are given to the egg donor in order to induce the development of many eggs in her ovaries. At the same time, hormone therapy is administered to the egg recipient in order to prepare her uterus to receive the fertilized eggs (embryos). After the donor’s eggs are collected, they are fertilized in the laboratory with sperm from the recipient’s partner. The embryos are transferred to the recipient’s uterus several days after fertilization. Any embryos that are not transferred can be frozen (cryopreserved) and used in the next cycle.

Donor-egg IVF allows a woman to experience pregnancy, birth, and motherhood. The child, on the other hand, will be genetically related to the father and the egg donor rather than to her. Many programs recommend counseling so that all parties involved in a donor-egg agreement are aware of the ethical, legal, psychological, and social issues involved. Women in their twenties with proven fertility are ideal donors because success is heavily reliant on the quality of donated eggs.

As women get older, their fertility naturally declines. However, the time decline begins and the rate at which it progresses vary widely in women but always begin well before menopause. Fertility generally begins to decline in your late twenties or early thirties, and it declines more rapidly after the age of 35. Women who decide to postpone pregnancy until after the age of 35 should seek information on appropriate testing and treatment while remaining realistic about their chances of success with infertility treatment. A woman and her partner will be better prepared to make the best decisions if they are aware of all of their options and are aware of their own needs and goals.