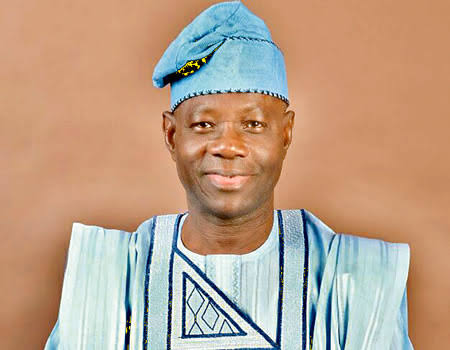 The major opposition party in Oyo State has formally welcomed the senator representing Oyo South Senatorial district, Kola Balogun, who defected from the Peoples Democratic Party (PDP) to its fold.

His defection, announced last week, has left the ruling PDP in Oyo State with no elected representative in the upper chamber of the National Assembly.

Balogun, a first-time senator, publicly took his exit from the ruling party in the state at an event held at the APC secretariat in Oke-Ado, Ibadan. The defection followed weeks of disputes regarding the decision of Governor Seyi Makinde to deny Balogun a ticket to return to the Senate on the platform of the PDP.

In a letter addressed to the PDP chairman in Ward 12, Ibadan North-East Local Government Area, Balogun had resigned his membership of the PDP.

The senator was received at the APC secretariat by the state’s APC chairman, Isaac Omodewu, the State Working Committee and other notable party leaders.

Omodewu saw Balogun’s defection from PDP to APC as an advantage.

“Yes, we have misunderstandings within ourselves in the APC, but we have resolved the issues,” the Oyo APC chair stated. “There is no more crisis. We are united, and by the grace of God, we are returning to the Agodi Government House in 2023.”