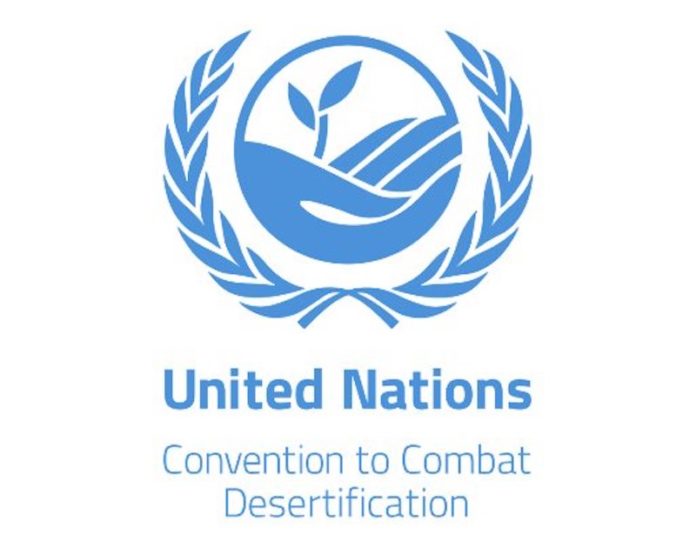 The 15th session of the Conference of Parties (COP15) to the United Nations Convention to Combat Desertification (UNCCD), began yesterday in Abidjan, Côte d’Ivoire.

A statement issued by the UN said the Conference will focus on the restoration of one billion hectares of degraded land between now and 2030, future-proofing land use against the impacts of climate change, and tackling escalating disaster risks such as droughts, sand and dust storms, and wildfires.

The COP15 theme, ‘Land. Life. Legacy: From scarcity to prosperity’, is a call to action to ensure land, which is the lifeline on this planet, will also benefit present and future generations.

The plan is to start the Conference with a Heads of State summit and high-level segment held back-to-back from yesterday to 10 May to create political momentum and raise ambition in particular in meeting the 2030 global commitments on restoration and robust actions that build the resilience of communities that are vulnerable to drought.

The Leaders are meeting in Abidjan against the backdrop of a stark warning issued by the UNCCD that up to 40% of all ice-free land is already degraded, with dire consequences for climate, biodiversity and livelihoods.

More than a dozen heads of state and government, ministers and at least 2,000 delegates from 196 countries and the European Union are expected to be at the two-week Conference that ends Friday, 20 May 2022. High-level delegates include: Alassane Ouattara, President of Côte d’Ivoire; Amina Mohammed, Deputy Secretary-General of the United Nations; Abdulla Shahid, President of the United Nations General Assembly

UNCCD COP15 is the first of the three Rio Conventions meetings to be held in 2022, with Biodiversity COP15 and Climate change COP27 convening later on in Kunming, China and Sharm El-Sheikh, Egypt, respectively.

Among the programme highlights was the announcement of the Abidjan Legacy Programme yesterday by the President of Côte d’Ivoire Alassane Ouattara, focusing on job creation and the restoration of degrading land in Côte d’Ivoire; and Gender Caucus chaired by the First Lady of Côte d’Ivoire Dominique Ouattara, which included the launch of a new report on the differentiated impacts of desertification, land degradation and drought on men and women.

There will be a Green Business Forum today and tomorrow that will focus on private sector commitments to take care of the land, among other things.

Launch of Droughtland, a global campaign to rally action on drought on 11 May; Launch of the regional Global Land Outlook reports on 18 May; Launch of the Sahel uplink challenge to enable communities growing the Great Green Wall to use technology to monitor progress, create jobs and commercialise their produce.