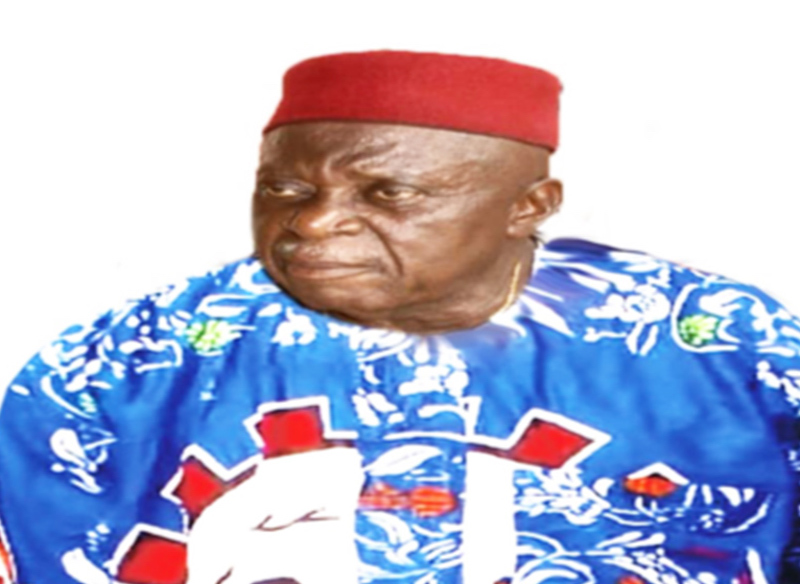 The Enugwu-Ukwu Community in Njikoka Local Government Area, Anambra State has lost one of her illustrious professionals, businessmen and politicians, Hon. Engr Okechukwu Alamah, well known as Orimili 1 of Akiyi village Enugwu-ukwu who passed on, on the 14th of March, 2022 after a brief illness.

He was born into the family the late Chief Gilbert and Gold Alamah “Orimili Enugwu-ukwu” in 1952. The 4th child of nine children, he began his elementary education in Onitsha in 1950 after which he proceeded to GTC Enugu for his secondary education. In 1973, he journeyed to Lagos in search of greener pastures. Being a smart and intelligent young man it was easy for him to find his feet in a strange land. Alamah worked with Ugofoam Matress Company one of their supervisors for many years.

He also worked with Dantata Group, Kano as supervisor and finally returned to the East and established his own business. In 1985 he met and married Okwundu Ann Alamah from the family of late Mr. and Mrs. Ojiyi in Amawbia, an illustrious teacher. The marriage was blessed with seven children, two boys and five girls, all of whom are graduates and doing well in their different fields of endeavour. Engr Okey, as he was fondly called, being a business tycoon, tried his hands on so many enterprises.

Alamah gained popularity when he started his Bosah Foundation limited and Canadah Industrial Planners Company, both contracting companies dealing with the sale and installation of fire-fighting equipment’s and Hse trainings. Between 2000 and 2003, he worked under the administration of former Governor Chinwoke Mbadinuju as one of the top contractors in his field.

In 2009, his breakthrough came when the then Governor, Mr. Peter Obi awarded to him the contract to install fire-fighting equipment in all secondary schools in Anambra State, Governor’s Lodge and State House of Assembly. He executed these projects satisfactorily and with utmost diligence and accountability, so much that even the next administration of Chief Wille Obiano still sought for and utilized his services. He also delved into politics and was an active APGA statesman till death.

Alamah equally served as the then PMP Chairman in Anambra State. Engr Okey, really lived life to the full. He was fun loving, a go-getter, a pace-setter and has engraved his name in the sands of time. He will always be remembered as ‘’that Lagos boy’’ who came, who saw and who conquered. As an actor on the stage, he sure bowed out on his terms.

We take solace in the fact that he is resting in the bosom of our lord. He was survived by his wife, children, and grand-children. A Service of Songs was held in his honour in his residence at Akiyi Village, in Enugwu-Ukwu on 5th May,2022, Funeral Mass at St. Theresa’s Catholic Church Enugwu-Ukwu on 6th May,2022, followed by interment.

Adieu Orimili Adieu Okechukwu Alamah, May your soul rest in peace until we meet to part no more.