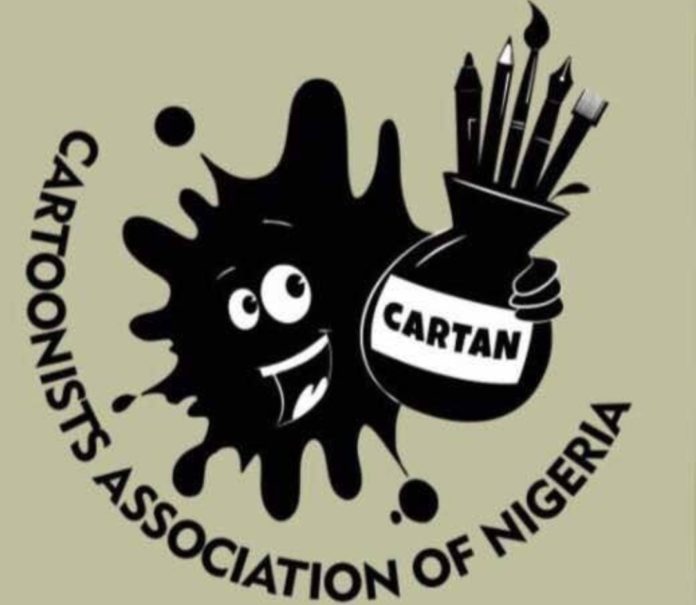 Following the Annual General meeting, held on Saturday 23rd April, members of Cartoonists Association of Nigeria (CARTAN) have approved the new set of Executive(s) to oversee the running of the association.

The new exco include President Dada Adekola, ace Vanguard newspaper cartoonist. The handover ceremony was seamless as the former president and Cartoonist as well Chief Cartoonist of Business Day and immediate previous President, Mike Asukwo handed over reins to the new president with glowing tributes to him for a job well done before he handed over. Mike gave an account of his stewardship prior to handing over to Dada.

A Committee made up of established cartoonists, Adewale Adenle, TAYO Fatunla and Modestus Ukeoma successfully midwifed the 2022 CARTAN election of the new executive transition. And beautiful was the air of peace that pervaded the whole process.

Dada Adekola remarked that past administrations had performed remarkable well in advancing the progress of CARTAN and admitted that in every democratic organization such as CARTAN, a continuation of programs and at the same time a necessary shift in positions and administrative strategies, are inevitable, such as recognising that the welfare and professional opportunities of/for CARTAN members should be at the core of our projects, especially in this age of dwindling newspaper business, increase membership participation on our social platforms with bi-monthly professional critique day, monthly media exploration day and other activities and drive revenue through programming will be a priority.

Veteran cartoonist, Scholar, Art Historian, Painter, Curator, Art Critic, Dr Dele Jegede, on behalf of the CARTAN Board of Trustees (BoT) of which he is a member, congratulated all members of CARTAN, the immediate past executive, and the brand new, Dada Adekola executive for the change of baton that occurred.