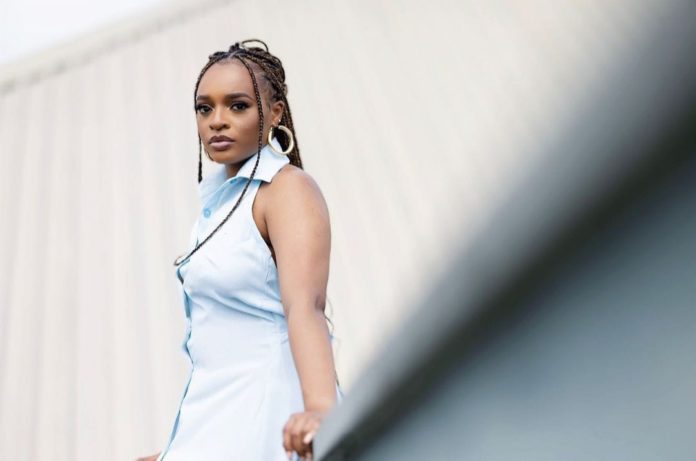 Nigerian music executive, Stephanie Okocha, has been steadily carving a niche for herself in Nigeria’s ever evolving entertainment industry and the plaudits are beginning to roll in. The former Label Services Manager at the Los Angeles based Immensum Music, has continued to bring her expertise to bear in her various endeavors in the industry.

Stephanie’s association with fast-rising Nigerian producer, Tempoe, has seen his stock rise rapidly in the afrobeats space. Their time together has seen him produce some of the leading afrobeats tunes that have taken the world by storm, songs such as Omah Lay’s “Godly”, “Love Nwantintin” by Ckay and Joeboy’s “Door”, are just a few of his noteworthy production credits. Her list of clients reads like a who’s who in the Nigerian entertainment industry, with artistes like Timaya, Ycee, Reminisce, Tempoe, Wurld and several others, having her midas touch influencing their careers.

Since 2019, she has been the Talents Team Lead for the Basement Gig, an underground concert held to celebrate rising talents in the music industry, however she got her big shot when she organized the Panda Live in Concert Music Festival in 2021. The groundbreaking concert was headlined by Fireboy DML, Wande Coal, Ayra Starr, Victony and many more. The festival, which was one of the first major concerts to be held in Lagos after the pandemic, had a record attendance with fans thronging in their thousands to the Lekki phase 1 grounds and they were not disappointed as all the performers gave top notch performances and organization was at a high level, thanks to expert coordination by the Caleb University graduate.

Stephanie founded Panda Entertainment in January 2021 as a 360-entertainment company that caters to label services, film productions, events, recording camps, promotions, social media management and much more. The Panda Live in Concert Music Festival, was their first major event and it has been heralded as a resounding success.

Stephanie recently served as a panelist at the Music Meets Tech: Future Insiders Programme organized by YouTube and the Temple Company and was a judge at the Boomplay Campus Music Star talent competition.