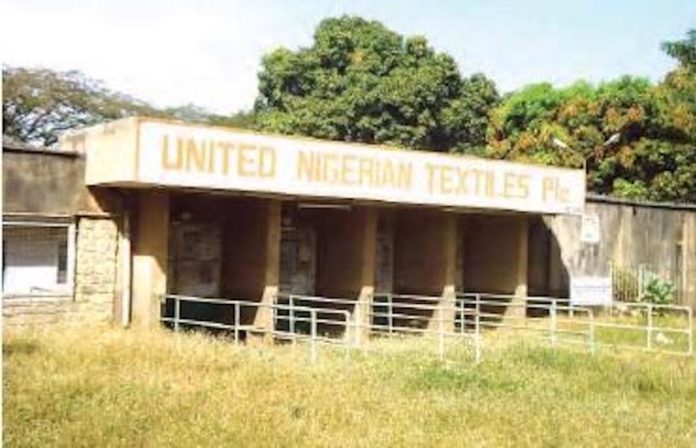 The Nigerian textile industry is clearly heading toward extinction unless urgent measures are launched and implemented by the federal government, writes Dike Onwuamaeze

The Nigerian textile industry appeared to be having its last decade and may go into extinction in 2030. If this happens, it would not be the first time the federal government under the current democratic dispensation would fold its hands and watch a strategic segment of the country’s industrial sector slide into oblivion. It has happened with the tyre manufacturing industries that collapsed in the first decade of this century. It has also happened with the paper industry about a decade ago. And the inglorious trend of industrial closure is about to happen in the country’s textile and garment industrial sector.

On Friday, April 22, the Director General of the Nigerian Textile Manufacturing Association, Mr. Hamma A. Kwajaffa, was in a pensive mood when THISDAY called to inquire about the state of the industrial sector. Kwajaffa told THISDAY that the textile sub-sector of the Nigerian industrial landscape is currently on life support as it is gasping to remain afloat.

He said that some operators in the sub-sector are shutting down their textile plants as a result of their inability to remain in operation due to lack of access to the domestic market because Nigerian fabrics are too expensive to compete with cheap imported textile fabrics.

Today, Nigeria, which used to boast of nearly 200 textile mills does not have up 20 mills that are still in operation. Moreover, the sector that used to employ 500,00 workers in its heyday no longer boosts up to 20,000 workers.

Moreover, the industry has not been able to attract new investors for decades even though a study carried out by the United Nations Industrial Development Organisation (UNIDO) titled “Vision 2015 for Cotton, Textile and Garment Industry Nigeria,” stated that the textile industry has been shifting from developed to developing and less developed countries that have embarked on strategic policies to support the development of their textile industry.  These countries that have been giving high priority to the textile industry, according to UNIDO, were China and India as well as Bangladesh, Vietnam, Cambodia, Ethiopia, and Burkina Faso.

In the fabric segment of the Nigerian textile industry, some of the companies that were operational as at the first quarter of 2022 included the Sunflag Industries, Woolen and Synthetic Textile Manufacturing Limited, African Textile Mills, Funtua Textiles, and the Nichemtex Group.

Also, some notable players in the bag segment of the industry are Dangote Agrosack, Mamuda Sacks, Nigeria Bags Manufacturing, and the Northern Bags. Moreover, Haffar Industrial Company Limited is still in operation in the thread manufacturing segment.

Currently, imported fabrics and clothing materials are projected to control more than 95 per cent of Nigeria’s textile market. This reality was brought home by a recent trade statistics that was released by the Nigerian Bureau of Statistics (NBS).  The report, which was titled “Commodity Price Indices and Terms of Trade,” showed that textile is today the number one imported product into the country. This is in spite of the Central Bank of Nigeria’s (CBN) removal of textile import from the official foreign exchange window to discourage its importation and motivate consumption of local products.

But rather than reducing its importation, the NBS trade statistics showed that textile materials were the highest items that accounted for the country’s import index in 2021. The bureau estimated that the value of imports in 2020 was N19.89 trillion, having grown by 17.32 per cent year-on-year from 2019 to 2020 as imports stood at N16.96 trillion in 2019.

The NBS said: “The all-commodity group import index on average increased by 0.47 per cent. The highest increase was recorded by textile and textile articles, followed by boilers, machinery and appliances, parts thereof and wood and articles of wood, wood charcoal and articles.”

The report of the NBS riled up the National Union of Textile Garment and Tailoring Workers of Nigeria (NUTGTWN), that the union’s Acting Secretary General, Mr. Ali Baba, wrote a letter dated April 14, 2022, and titled “Request for Urgent Meeting of the Union on the State of the Industry,” to NTMA.

Baba said in the letter that, “the union is really disturbed by the depressing state of the industry in spite of our efforts and actions for its revitalisation.

“We are even more worried about the latest report released by the NBS as contained in most national dailies of April 14, 2022, which indicated that textile materials unacceptably topped the list of the country’s imported commodities in 2021.”

He recalled that at the   NUTGTWN’s 86th Central Working Committee (CWC) on March 31, 2022, in Lagos, the issue of the state of the industry formed a major part of its discussion.

The union also recalled that it has issued a press release as part of its broad campaign for the revival of the textile industry in Nigeria, calling for urgent measures by the government to address the critical challenges undermining the growth and prospects of the sector.

The NUTGTWN, therefore, proposed to the NTMA as partners in progress that “recent development has necessitated the need for an urgent meeting between the union and the employers’ association to discuss and ascertain the true state of the industry and agree on far-reaching measures to advance our joint campaign for complete resuscitation of the industry and creation of mass decent employment.”

Kwajaffa told THISDAY that the federal government should tackle the smuggling of textile materials while ensuring that legitimate importers are made to pay the exact duties and levies. This would help to secure the domestic market for Nigeria’s textile.

He also said that the government should establish textile industrial parks to address infrastructural problems; resolve the issues of raw material by using specific initiatives for cotton production like BT Cotton and the creation of a cotton buyers’ centre.

He would also want the government to improve the investment climate through the provision of fiscal regimes via the removal of taxes on equipment and inputs.

Kwajaffa noted that Ethiopia made its textile industry to become competitive, even in the international markets, through the establishment of Textile Park, which brought all the textile firms in the country to one location where they were provided with the infrastructural facilities they needed to boom their business.

He was also concerned that the textile industry has not seen the benefits of the Textile Adjustment Tax (TAT), which imposed a 10 per cent levy on imported textile materials 35 years after it was introduced in 1987. He argued that the TAT would have been used to establish a textile bank in the country that would be providing the industry with zero-interest loans. He based his argument on the NBS report that $4 billion of textile materials were imported into Nigeria in 2016.

THISDAY investigation showed that even the laudable Central Bank of Nigeria’s intervention in the textile industry could not reach all the segments of the textile industry. It is reliably informed that the intervention fund stopped at the cotton and ginning segment as the CBN claimed that it is conducting a reconciliation of accounts of the funds it has disbursed so far.

THISDAY also found out that the textile industry is stranded between two counter federal government policies. On one hand, the government wanted the industry to rely on locally produced cotton for its textile materials to aid the government’s backward integration industrial policy. But on the other hand, the government is encouraging cotton farmers to export their products in its bid to diversify the country’s sources of foreign currency earnings.

The resultant effect of this policy is that having tasted hard currency, Nigerian cotton farmers are no longer willing to sell their produce locally.

Moreover, the moribund state of Nigeria’s refineries denied the textile manufacturers access to polyester material that would have served as an alternative to cotton.

He added that Nigeria’s government has been slow in implementing its policies in the sector like the National Cotton, Textile and Garment Policy which was approved in 2015 and reviewed in 2018.

He also explained that Nigeria has not been able to attract new investments into the textile industry because of the prevailing conditions in its operating environment.

These conditions, according to Offor, included infrastructural bottlenecks like frequent power failure from the public power sources and the high cost of diesel, black oil, etc., to generate alternative power.

He also identified marketing challenges like smuggling and dumping which made the cost of textile materials produced in the country less competitive.

He warned that direct and indirect jobs offered by the industry would be lost if the decline in the sector would not be reversed.

In addition, “Nigeria will not benefit in the manufacturing sector in the textile sub-sector in the African Continental Free Trade Area (AfCFTA). The country will become a dumping ground for all manner of textile materials and garments and accessories,” he said. 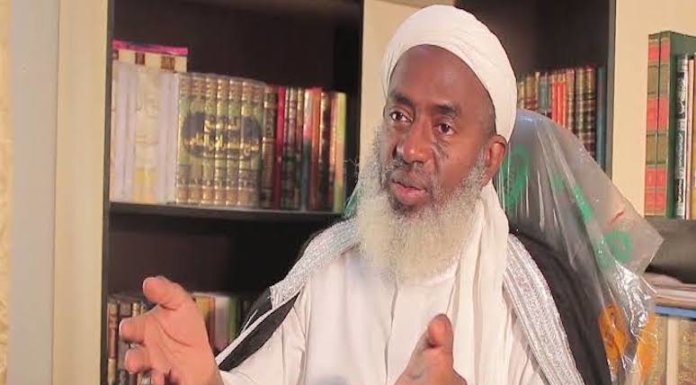 Oyo South Senate and the Scorn of a Serial Betrayer