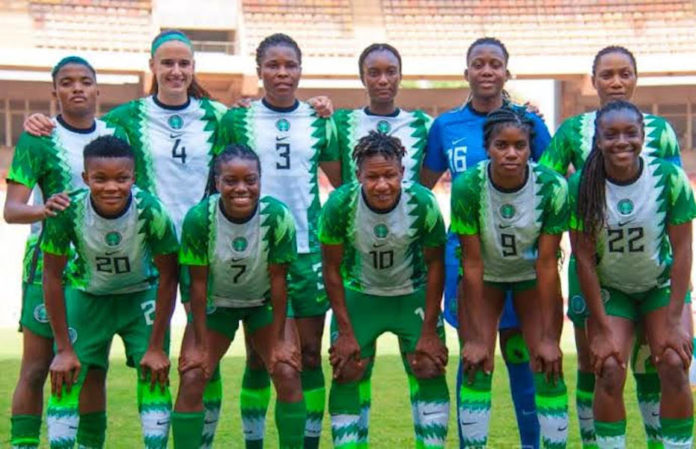 Ahead of Group C opening game of the  Women’s Africa Cup of Nations (WAFCON) in Morocco in July between Nigeria and South Africa, Bayana Bayana Head Coach, Desiree Ellis,  is convinced that her side will prove the equal of  the Super Falcons when the two teams meet.

Nigeria and South Africa, alongside Botswana and Burundi, were placed in the tournament’s Group C at the draw made last month.

The Super Falcons are the reigning champions and the favourites to go all the way and lift a record-extending 10th WAFCON trophy.

But South Africa have shown in recent times that they are a growing force in women’s football.

The Bayana Bayana are seven-time winners of the COSAFA Cup and four-time runners-up of the Wafcon, losing to Nigeria on two occasions.

But the Mandela Ladies defeated the Falcons 1-0 in the opening group match of the last edition of the Wafcon before losing on penalties in the final after full-time scores stood at 0-0.

The South Africans avenged that 2018 final loss when they defeated the Nigerians 4-2 to win the inaugural edition of the Aisha Buhari Cup last year.

Bayana coach Ellis admits that the Falcons remain the team to beat at the women’s championship. But the former international is silently confident that her team can prove their quality against the West Africans again.

“Well, we always knew the draw was not going to be easy. Nigeria, the defending champions and multiple winners always bring their A-game and know what it takes to win,” Ellis told CAFOnline.com.

“We have played them a few times in the group stages. They have raised their levels, and we have to raise our levels even higher to get a positive result. The first game is the most important game and once again, we need a positive result, but it will take a huge effort.

“Anything that has come before is history but it has shown us what we are capable of and has given us confidence and belief. As I said earlier, we have played them many times in the group stages and this will be no different, especially with this being an opening group match which is similar to 2018.

The Women Africa Cup of Nations, which also serves as the qualifiers for the 2023 FIFA Women’s World Cup, will run in Morocco from 2 to 23 July 2022.