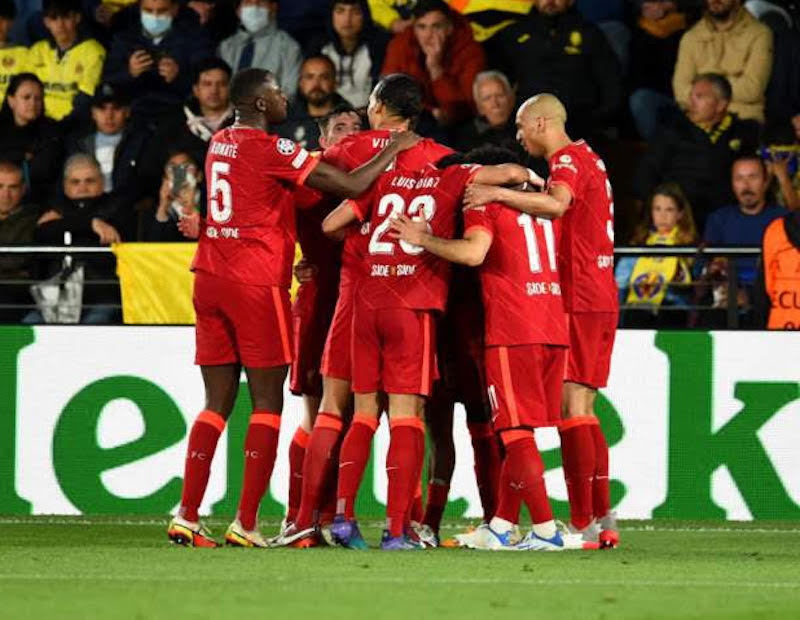 The Super Eagles forward was introduced in the 70th minute for Gerard Moreno  with scores at 2-2 . Chukwueze failed to reignite the form that saw him scoring the goal that sent out Bayern Munich from the tournament at the quarter final stage.

However, before The Reds seized the momentum, Villarreal had created a scare, racing to two goals in 41 minutes to wipe out Liverpool’s advantage in the first leg at Anfield last week.

Liverpool had to improve in the second half and Fabinho put them back in front on aggregate with a shot that went through the legs of Villarreal goalkeeper Geronimo Rulli in the 62nd minute.

Luis Diaz, whose introduction at half time changed the game after he replaced Diogo Jota, restored Liverpool’s two-goal aggregate advantage with a header at the back post.

Sadio Mane secured Liverpool’s place in their third Champions League final in five seasons with a third goal after taking the ball around Rulli to keep their dream of a quadruple alive.

Villarreal ended the game with 10 men with Capoue sent off late on for two bookable offences.

The Reds will play either Manchester City or Real Madrid at the Stade de France in Paris on Saturday, 25 May.

No English side has ever won the Champions League, Premier League, FA Cup and League Cup all in the same season, with Liverpool aiming to create history.