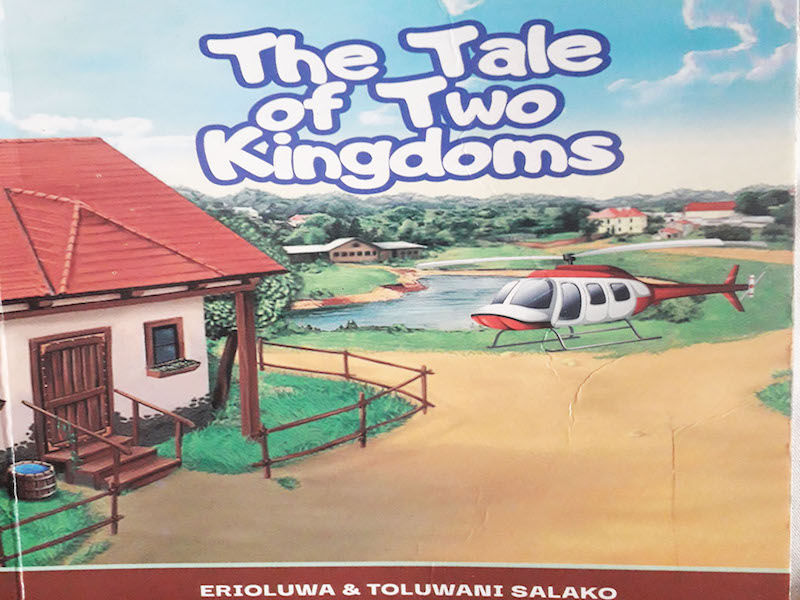 In a world that is influenced by social media popularity, young children are still making their parents proud by pursuing useful skills like writing. Erioluwa 8, and Toluwani Salako 10, born of the same parents, have a shared passion for writing. During the COVID-19 lockdown, they had ample time to be playful and creative. Their pharmacist mother ensured that she created a schedule for both of them while she was away from home. Fortunately, their father was very hands-on with parenting, following up on what the children did in their spare time.

Toluwani, who is a student at the International School of the University of Lagos, disclosed that her old pile of books was revisited during the lockdown, which propelled her to become her own storyteller. At school, she was introduced to storytelling through the book club. His brother joined the music club instead to learn to play some instruments. Eventually, the school approved her writing and her brother’s, but the cost of publishing each book was quite overwhelming – N200,000.

“I spent three months writing the book,” Toluwani recounted during a recent interview session in Idi-Araba, Lagos, which included her brother and mother.

Her brother, Erioluwa, explained that they decided to pay for their own book instead of two. That was the genesis of their new book, The Tale of Two Kingdoms.

The book is a fictional narrative that teaches the importance of obedience and the virtues of hope, perseverance, and diligence. The first story, “Battle of the Reindeer Kingdom,” explores the value of teamwork and unity, while the second story, “The Death of an Old Culture,” highlights the need to replace archaic, non-progressive systems with fresh perspectives that promote peace, inclusivity, and progress. When asked what really inspired these stories, the younger of the two siblings responded.

“I was inspired by my mom,” Erioluwa said. “There was a day that I was using toys to play at home. I was using them to act as characters. My mom then asked why I couldn’t write the story down, and so I started to write my stories. From where I stopped playing with the toys, I started writing the story.”

Erioluwa would also illustrate the characters that he wrote about in his original manuscripts, which he showed to this reporter. He is probably the youngest known published writer in Nigeria since he wrote the story at the age of six.

Although he and his sister would sometimes read the same books, they had developed their individual tastes in literature independently of each other.

Their mother, Mrs. Salako, explained why she is very supportive of their writing project even though she is not into literary art herself.