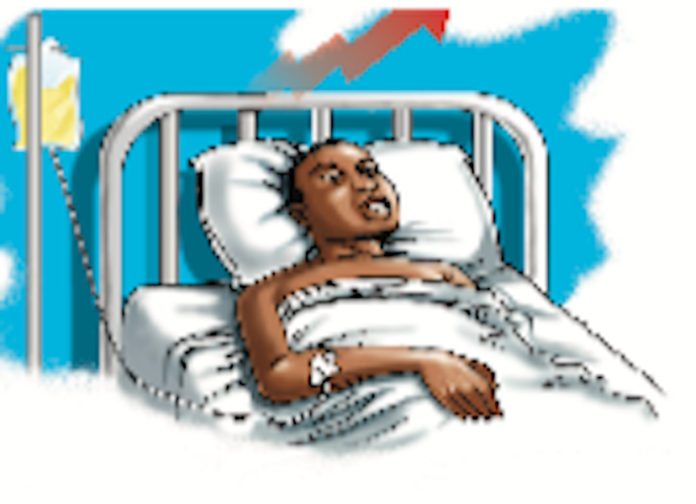 Government leaders could do more to ensure the virus is contained

It is obvious that many Nigerians are not paying attention to the growing fatality rate of Lassa fever, a deadly disease that took its name from one of our communities. In the past few months, Lassa fever has claimed the lives of dozens of our citizens, going by figures from the Nigeria Centre for Disease Control (NCDC). The latest alarm is coming from the Minister of State for Health, Olorunnimbe Mamora, who announced that the fatality rate of Lassa fever in the country has hit 19.1 percent. He also put suspected cases at 3746 in 23 states and 681 confirmed cases, with 132 deaths already recorded. Sadly, there have been more fatalities since his announcement. Only yesterday, no fewer than 76 suspected cases and six deaths were reported in the Kaltungo local council of Gombe State.

Lassa fever has been a serious health challenge in Nigeria since it was first diagnosed in Lassa (the village for which it was named) in Borno State in 1969. Even though there have been efforts in the past to contain the scourge, the country has been witnessing frequent outbreaks in recent years. This, according to the World Health Organisation (WHO) could be attributed “to reduced response capacity in surveillance and laboratory testing.” The symptoms, which include fever, sore throat, vomiting, back pain, cough, abdominal pain, restlessness, and general body weakness, usually appear six to 21 days after contact with the virus.

The onset of the disease is usually gradual, starting with fever followed by headache. However, because the symptoms of Lassa fever are so varied and non-specific, clinical diagnosis is often difficult, especially early in the course of the disease. For that reason, steps should be taken by the government at all levels to emphasise routine infection prevention and control measures. Healthcare workers should also be advised to always be careful to avoid contact with blood and bodily fluids in the process of caring for sick persons.

Experts have advised that people should ensure their food (cooked or uncooked) is properly covered while regular handwashing should be adhered to. The bush around the home should also be cleared regularly while windows and doors of houses should be closed especially at night. The public should also be adequately enlightened on the dangers posed by rats in their homes. This should be the responsibility of both the federal ministry of environment and that of information which can deploy the National Orientation Agency (NOA) for a public awareness campaign on the issue.

Against the background of repeated commitments by various stakeholders to prevent a recurrence of this disease, what the current outbreak has shown clearly is that if indeed there have been any preventive strategies, they were not implemented. We therefore believe that the authorities need to do more if we are to rid the nation of the disease that claims the lives of hundreds of our citizens on an annual basis.

With effective coordination, the disease can be contained quickly before it becomes another national epidemic. But the real challenge is to work towards its total eradication as it has been done in many other countries. We hope the authorities will take both preventive and long-term measures this time around so that we do not continue to lose our citizens to the virus that has for decades been an emblem of shame.