There are indications that air travel has picked up again as the low period of February and March, when airlines barely had full flight, is over, a development that has brought excitement among industry stakeholders.

Airline operators attributed the improvement to the Easter holidays and the fact that many travellers who shunned the airports when airline increased base fare to N50, 000, have made a turnaround and have started travelling by air, as insecurity has made road travel more precarious.

Head of Communication, Dana Air, Mr. Kingsley Ezenwa, told THISDAY that passenger traffic had improved, especially Abuja, Lagos and Eastern destinations, noting that the airline is attracting passengers with good service, its loyalty promos, which the airline made flexible for passengers.

With benchmark fare of N50, 000 per ticket, Ezenwa said that each airline brings in innovation and marketing strategy to attract more customers.

Green Africa, last week, introduced special fares for travellers in the season of Ramadan starting from N27, 500 only across all routes. It explained that these special fares would be available for bookings between April 20 and May 4, 2022 and travel between April 21 and June 30, 2022.

According to Ezenwa, “There is benchmark in fares but Easter was very good for us, but the improvement in passenger traffic has continued after Easter and even two weeks before Easter. People have seen the benefits of loyalty promos. We made it flexible for our customers; that if you build up your loyalty you can even get a free ticket. But compared to last year, the traffic is yet to meet the figures of last year; it has not been spectacular.

“I must admit that traffic has been good before and after Easter. A month to Easter we were doing 80/90 per cent load factors and it has continued like that after Easter. In Dana Miles we give people bonuses, as member of our frequent flier programme and people are beginning to realise the benefits.”

Ezenwa said many people shunned the airports after the increase of base fare, but traffic bounced back almost immediately, but initially they took it like a shock; now the patronage has increased.

“People are getting more enlightened and that makes it easy. If you have approved point you can fly for less. So it is about strategy now; we have to apply strategy. Enlightenment and strategy,” he further said.

In the same vein, Spokesman of Arik Air, Mr. Adebanji Ola, admitted that there is slight improvement in domestic air travel but noted that it is still below that of last year, the same period.

He said Easter partly enabled the increase but Easter and Ramadan came at the same period and ironically during Ramadan people don’t travel much.

“Yes, traffic has improved but not up to what we witnessed last year at the same period,” Ola said.

Former Managing Director of the Nigerian Airspace Management Agency (NAMA) and the former CEO of Aero Contractors, Captain Ado Sanusi, told THISDAY that traffic has started picking up, remarking that this was expected because this is a political period, which demands a lot of travel and others are travelling for business, noting that government would release funds for the second quarter and that would trigger a flurry of economic activities.

However, Sanusi said airlines were finding it difficult paying for the leased aircraft because although they are making money, they earn their revenue in Naira, while they pay for the lease in dollars.

“Airlines are making money but you are selling your ticket in Naira but lease rate is in dollars. This has made lessors to be jittery because they fear airlines might not be able to pay for the lease, knowing that it is difficult to source dollars and the fear is heightened when they learn about foreign airlines’ blocked funds, which is about $300 million now. So lessors have started weighing the country risk.

“Until we tackle the problem of foreign exchange in the aviation sector,we will continue to have challenges. Without tackling this problem,development and progress of the aviation sector will continue to be hampered; whether you flow a national carrier or you bring Emirates or Qatar to operate in the domestic market, they will still face the same problem, the development in the sector will still be stifled. Leasing aircraft, buying spares, buying insurance are done with foreign exchange; it is only manpower that is settled with local currency,” Sanusi said.

Some Nigerian carriers have been finding it difficult to pay for their leased aircraft, which they acquired to increase capacity for the high passenger demand during the Christmas season.

The financiers of some of these leased aircraft are finding it difficult to pay the expected rates, so they are taking the aircraft from airlines that are unable to pay for the lease as they did with Aero recently when one of such aircraft was taken from the airline.

The Managing Director of Aero Contractors, Captain Abdullahi Mahmood, told THISDAY that some of the leased aircraft came at high rates and with a slump in passenger traffic; some airlines could not cope paying for it.

“When an airline leases an aircraft, it pays for the agreed hourly utilisation of the aircraft, which can be some hours per month. You pay for the minimum agreed hours, irrespective of whether you use up to the agreed hours or not.  Utilisation is usually calculated in block hours not in flight hours. Block hours mean from the time when the engine starts to when it goes off and flight hours means from take-off to landing. 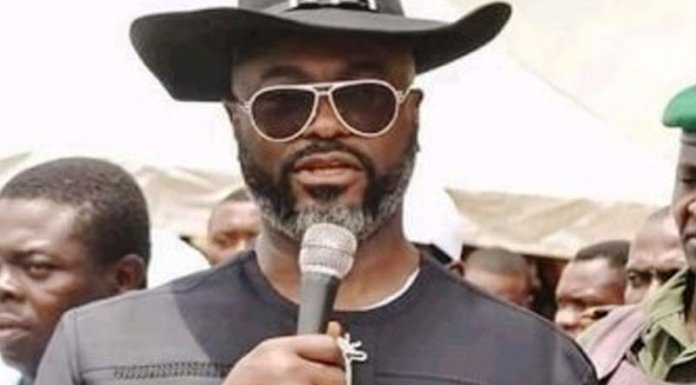 Lulu-Briggs: I Will Rebuild Rivers If Elected Governor