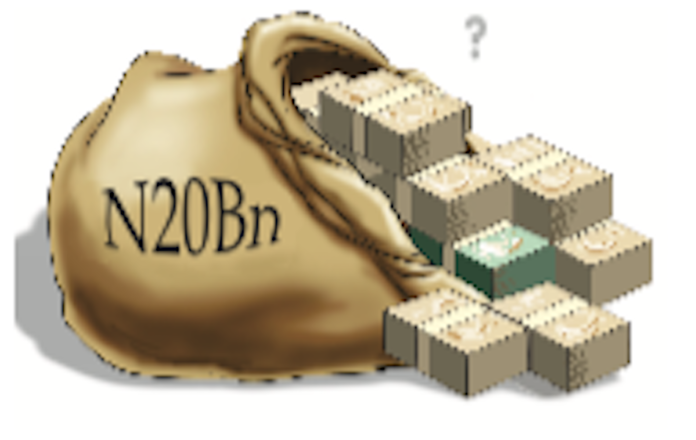 The funds should be transparently administered

We understand the cynicism that has greeted the recent statement that two million Nigerians will from June this year start receiving N5,000 each under the conditional cash transfer programme. This implies that the federal government would be spending N20 billion on the beneficiaries. In the past five years, the administration has implemented a slew of programmes, targeted at supporting the most vulnerable and poorest Nigerians under social investment scheme. But just as it was in the past when the idea of conditional cash transfer was tried under various schemes with unpleasant tales for the intended beneficiaries, the situation has not changed.

Against the background of the virtual collapse of the welfare state that has accentuated poverty in Nigeria, the idea of conditional cash transfers is ordinarily commendable. With the deprivation in many of our rural areas (and in some of our urban slums), such social interventions can make a whole world of difference if implemented faithfully. But the cash transfer process has over the years become essentially money to be shared for political patronage while accountability remains a grave challenge.  While we subscribe to the idea that a social programme is important to provide temporary relief in a country where more than 40% of the population is categorised as poor, we insist that it is well targeted and there should be transparency and accountability.

In the past two years, the Minister of Humanitarian Affairs, Disaster Management and Social Development, Sadiya Farouq has administered the sharing of billions of Naira without any appreciable difference in the lives of Nigerians. “By June 2022 we would be paying two million people N5,000 basic cash transfer and an additional N5,000 on conditional cash transfers, which is conditioned on good health-seeking/behaviour, school retention, good water and hygiene conditions in their environment/homes,” Farouq stated.

Under President Goodluck Jonathan, there was a programme called SURE-P, which was a response to the public demand for judicious utilisation of the savings from the partial removal of petrol subsidy at the time. At the end of the day, SURE-P failed to make impact on the life of Nigerians. It is particularly noteworthy that the conditional cash transfer component under the SURE-P was the Midwifery Service Scheme (MSS). It was designed to tackle maternal deaths in the country which are traceable to lack of accessible, acceptable, and affordable primary, secondary and tertiary health care; lack of drugs, a dearth of skilled personnel, lack of access to skilled birth attendants; lack of consumables, and other related issues.

Beyond the issue of accountability, the time of implementation also calls to question the sincerity of the programme. Questions are also being asked on why the programme usually crops up close to election period, suggesting that it is a sort of vote buying strategy. Coming at a period the political parties are preparing for the nomination of candidates ahead of the 2023 general election, there are fears that this may just be another money for the boys. On accountability, the programme does not lend itself to any thorough process of independent validation, and that is a common way to misappropriate funds in the public sector.  Besides, what difference can N5,000 make to anybody in today’s Nigeria? More importantly, without the necessary safeguards against entrenched corruption and cronyism, how is anybody sure that the real targets are getting this money?

There is no doubt that cash transfer can soothe the economic burden on the extremely poor. But the process must be transparent and those in charge should be accountable. That precisely is the challenge of the moment.