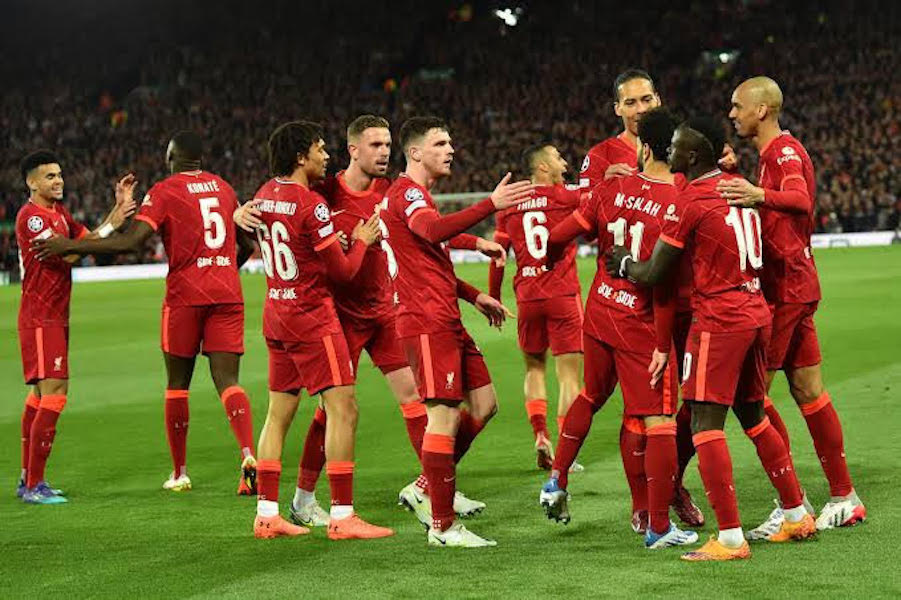 Samuel Chukwueze’s dream of silencing Anfield faithfuls in Villarreal’s UEFA Champions League semi final first leg clash with Liverpool remained a mere wish yesterday as the English team won the encounter 2-0 to have one foot in the final.

The reverse fixture next week may turn out easier than expected given how the Reds played on Wednesday night.

For 72 minutes, Chukwueze was in action and sought in vain to repeat his feat against Bayern Munich when his winning goal sent the Bundesliga giants crashing out of Europe’s most prized club competition.

After the Reds finally broke through with Jordan Henderson’s cross deflected into Villarreal net by Pervis Estupinan for an own goal in the 53rd minute and Senegalese Sadio Mane doubled the lead, poking home Mohamed Salah’s pass two minutes later, the Super Eagles winger was replaced by Boulaye Dia.

Liverpool would have increased the tally if only Thiago didn’t hit the post and Fabinho and Andy Robertson’s  goals were not disallowed for offside. It was obvious that Juergen Klopp‘ s Red armies were not relenting in their pursuit of a quadruple this term.

With two goals  deficit from this first leg, Chukwueze and his Yellow Submarine teammates now have more work at hand if their dream of playing in the Final will materialize.