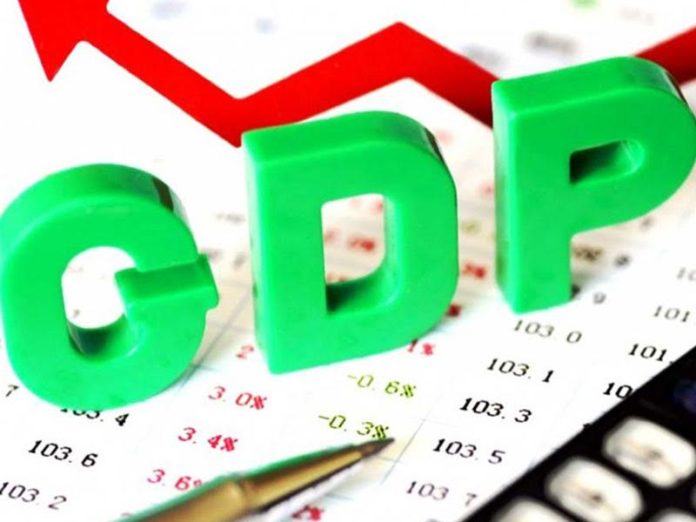 Nume Ekeghe writes on Nigeria growth prospects as predicted by the IMF in the face of rising inflation and questions how the contrast will buoy the nation’s economy.

Nigeria like most countries around the world is experiencing a rising inflation as the Bretton Woods institutions express worry over how it will impact global growth. This is as fuel and food prices have increased rapidly, hitting vulnerable populations in low-income countries hardest.

This situation is not unconnected to the lingering effects of the pandemic on nations compounded by the ongoing war in Ukraine. According to the International Monetary Fund in its World Economic Outlook (WEO), the economic damage from the Ukraine conflict will contribute to a significant slowdown in global growth in 2022 and add to existing inflation.

Global growth is projected to slow from an estimated 6.1 per cent in 2021 to 3.6 per cent in 2022 and 2023. This is 0.8 and 0.2 percentage points lower for 2022 and 2023 than projected in January. Beyond 2023, global growth is forecast to decline to about 3.3 percent over the medium term. War-induced commodity price increases and broadening price pressures have led to 2022 inflation projections of 5.7 percent in advanced economies and 8.7 percent in emerging market and developing economies—1.8 and 2.8 percentage points higher than projected last January.

Despite the gloomy global outlook, Nigeria, which like other countries is seeing inflation rise steadily is among the few countries that saw a positive review in growth projections.  Buoyed by a stronger performance on the non-oil sector, the Nigerian economy is expected to grow by 3.4 per cent this year.

The upward review is stronger than the 2.7 per cent projected growth for the country, which the Fund released in October last year. The fund also reviewed upward the country’s 2023 growth prediction from 2.7 per cent to 3.1 per cent putting Nigeria amongst the few countries that got an upward growth review.

Division Chief Research Department, Mr.  Malhar Nabar, speaking last week at the IMF/ World Bank Meetings, said, “The heterogeneity is a key factor, if you look at the global revisions that we have 86 per cent of the global economy revising down and Nigeria is one of the few that’s actually revised up and there are two main factors one is what you mentioned the increased oil price which represents a favorable terms of trade effect for Nigeria, will increase oil production and oil exports.

“And then the second factor is the strong momentum that we saw in the non-oil sector, part of the economy. The non-oil sector of the economy is also showing strong momentum going into this year which helped lift the outcome, growth forecasts that we have for Nigeria to 3.4 per cent for this year, and 3.1 per cent for next year, and that is 0.7 percentage point increase for this year and 0.4percentage point increase.”

On his part, IMF Chief Economist, Mr. Pierre-Olivier Gourinchas noted that oil price increase also played a role in this upward review, saying “Nigeria is an energy producer and exporter. And I think that explains a good part of the upward revision in our growth projections.”

According to the latest WEO, Nigeria’s upward review was due to increase in oil prices.

“The increase in oil prices has however lifted growth prospects for the region’s oil exporters, such as Nigeria. Overall, growth in sub-Saharan Africa is projected at 3.8 percent in 2022. In sub-Saharan Africa, food prices are also the most important channel of transmission, although in slightly different ways.

“Wheat is a less important part of the diet, but food in general is a larger share of consumption. Higher food prices will hurt consumers’ purchasing power particularly among low-income households and weigh on domestic demand. Social and political turmoil, most notably in West Africa, also weigh on the outlook, ”he said,

Nigeria’s inflation figure as released by the National Bureau of Statistics (NBS) show that the consumer price index (CPI) which measures inflation rose to 15.92 per cent in March, up by 21 basis points from 15.7 per cent in February 2022. According to the NBS, the rise was largely driven by increase in the food basket as food sub-index increased to 1.99 percent in March 2022, up by 0.12 percent points from 1.87 percent points recorded in February 2022.

Analysts say they expect the figure to rise further this month remarking that the headline inflation will settle at 1.62 per cent month on month in April, with the corresponding base from the prior year translating to a 75bps increase in the year on year inflation rate to 16.66 per cent.

Analysts at Cordros Securities said: “We expect inflationary pressures to be sustained in April given the troika impact of Easter and Ramadan-induced increased food demand amidst limited supply, higher gas and other energy prices and increased taxes in line with the 2021 Finance Act.

“Consequently, we expect the headline inflation to settle at 1.62 per cent month on month in April, with the corresponding base from the prior year translating to a 75 basis points increase in the year-on-year inflation rate to 16.66 per cent.”

In Nigeria, inflation figure has stubbornly remained way above the Central Bank of Nigeria (CBN) benchmark of nine percent having risen as high as 18.17 per cent in March 2021. Although it had trended downwards last year to 15.4 per cent in November it slowed a bit in January this year before picking up in February.

“Inflation is expected to remain elevated for longer than in the previous forecast, driven by war induced commodity price increases and broadening price pressures. For 2022, inflation is projected at 5.7 percent in advanced economies and 8.7 percent in emerging market and developing economies, 1.8 and 2.8 percentage points higher than projected in January.

“Although a gradual resolution of supply-demand imbalances and a modest pickup in labor supply are expected in the baseline, easing price inflation eventually, uncertainty again surrounds the forecast. Conditions could significantly deteriorate. Worsening supply-demand imbalances, including those stemming from the war, and further increases in commodity prices could lead to persistently high inflation, rising inflation expectations, and stronger wage growth.

“If signs emerge that inflation will be high over the medium term, central banks will be forced to react faster than currently anticipated—raising interest rates and exposing debt vulnerabilities, particularly in emerging markets.”

Speaking on the sidelines of the IMF/World Bank meetings, the Governor of the Central Bank of Nigeria, Godwin Emefiele noted that in the last two years, the CBN has adopted price and monetary stability but that is conducive to growth.

“What we have sought to achieve with that is to see how we can adopt a more accommodative monetary policy to support those sectors so that they can grow, and that is why you can see that whereas we are doing everything possible to tighten and rein in inflation, we also adopting some accommodative policies on the other hand that would accelerate the growth of the Nigerian economy.

“That is why you can see that whereas inflation is coming down gradually, we are also seeing that the output, which is growth is increasing on the other hand, which is a good result for Nigeria, given that today, as a result of global challenges we face, the geo-political tensions between Russia and Ukraine, the main issues at these meetings are rising energy and commodity prices which had led to acceleration in the rate of inflation and at the same time dampening of growth globally, whereas Nigeria had been facing this and we have been dealing with it. So, I would imagine that this is a lesson that must be learnt from Nigeria, which is why I believe we must be commended for what we are doing, “he said.

On what should be expected from the apex bank, Emefiele said, “At the central bank we remain focused on our job and we are happy that we are playing our role in supporting the Nigerian economy. We have been on this since 2015, when inflation rate was almost at 19 per cent; it came down to almost about 11 per cent because of the increase in energy prices as well as electricity prices. It went up to almost 18 per cent again and we have managed to bring it down to below 16 per cent. I believe we would continue to rein in inflation.”

“On the other hand, we are doing everything possible to support the fiscal authorities by putting in place facilities to support households, businesses and others at single-digit interest rate and that has helped in accelerating output and we feel delighted that even at this meetings, amongst other countries, the IMF has held a positive position about Nigeria’s growth prospect at 3.4 per cent and we believe that all things being equal we are going to surpass it. So, what we are doing is to continue to focus on our job and nothing more,” he stated.