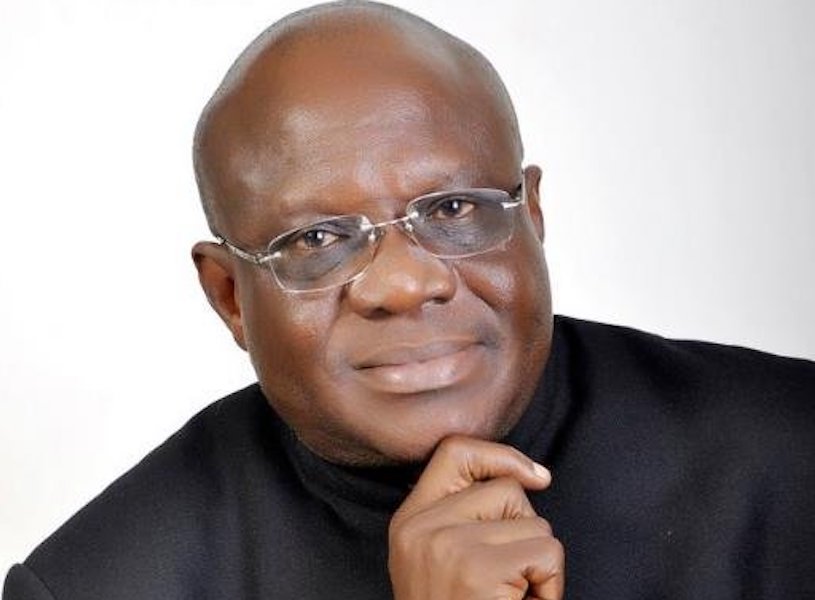 Tony Eluemunor pays tribute to Izagbo, a businessman and politician at age 70

Nigeria is becoming increasingly dysfunctional simply because she does not applaud the likes of Dr Austin Nonyelim Izagbo.  This businessman and politician should be celebrated by the entire nation for his large social conscience and uncommon example. In 2015, the Nigerian Maritime Administration and Safety Agency (NIMASA), over-paid his company by N75 million. This exemplary Nigerian returned the money immediately. He actually spent valuable time convincing NIMASA that it had made a costly mistake. For this, he deserves not just a national applause but a national award.

Yet, what ensued from that remarkable show of patriotism, truthfulness, reliability, self-restraint let alone giant social conscience has been epic silence. Please, consider what would have happened if Dr. Izagbo had embezzled a fraction of that amount; the Economic and Financial Crimes Commission (EFCC) would have handcuffed and arraigned him in court and our news organisations would engaged in a naming and shaming bazaar. Unfortunately, because truthful people like Dr. Izagbo are not celebrated, the story of Nigeria remains a noxious one of arrant criminality utterly unmitigated by acts of (sometimes little and sometimes heroic) honesty, self-sacrifice, glorious courage and good up-bringing and exemplary citizenship. As long as such good stories of good Nigerians remain untold, Nigeria will resemble a nation of demons and youths will lack role models.

Though Dr. Izagbo’s returning of that N75m to the vaults of NIMASA may be the icing on the cake of the story of his life, Chief Izagbo, the Ide of Ibusa, who turned 70 years on Holy Thursday April 14, 2022 is special.  This notable orator is warm-hearted, even-tempered and is among the most generous persons God ever created. For instance, two years ago, just before the Covid-19 lockdown, Dr. Izagbo and I were at Ibusa attending the funeral ceremony of his former classmate and 1971 St. Anthony’s College, Ubulu-Uku, football team mate, alias Takpo Rascal (real name forgotten). Izagbo (alias Jaguar) was the school goalkeeper. Then, a lady dragged her husband to Izagbo shouting animatedly “this is the man that helped me-ooooooo”, and tears streaked down her cheeks. “Are you not Chief Izagbo? I will never forget you. Don’t you remember when I couldn’t pay my school fees after my father died and just when all hope was lost, I met you, told you of my predicament, and you helped me out? That was how I was able to graduate from a higher institution. Thank you, Sir”. Many ex-Anthonians, especially from the 1971 set, were there.

Izagbo read Political Science at the University of Ife. He was goalkeeper for the University Football team but the Scala Club (which he founded with the likes of Mike Ozekhome (SAN) and Jason Orah) which gave him stardom. Scala organised Nigeria’s first nation-wide Miss Acada Beauty Competition. The late founder of The PUNCH newspapers, Chief Olu Aboderin, a patron of Scala Club, impressed with Izagbo’s organisational ability, appointed him Managing Director of Skylark Records– Izagbo’s first job and NYSC primary assignment.

Izagbo, a Commissioner for Sports, Youths and Social Development in the late Group Captain Ibrahim Kefas administration of Delta State in the mid-1990s, superintended over the construction of the Asaba Arcade, the Ibusa land mark Ibrahim Kefas Centre just as he resumed construction at the Asaba and Warri stadiums – which had stalled for years. Oh, Izagbo was once President, Nigerian Hockey Federation (NHF).

Izagbo stamped his giant footprints in the political terrain long ago; he narrowly lost the National Chairman, National Republican Convention contest to Chief Tom Ikimi in 1990. Then, he became the party’s chairman, Bendel state chapter.  In 1999, he was Deputy Governorship candidate in league with Dr. Kraggar under the All Peoples Party (APP) which lost to the Chief James Ibori and Benjamine Elue (Peoples Democratic Party) team.

Izagbo the Public Relations guru, first-rate business man, top-class politician with his astoundingly likable personality, attract friends readily and his fidelity to friendship keeps them through time. In fact, Gov. Kefas employed Izagbo’s great number of friends and contacts in all the LGAs of Delta State to maintain peace in that trying period. Thus, it is no wonder that the moment Izagbo exited the PDP for the All Progressives Congress (APC), the party appointed him head of its reconciliation committee. Sincerely, I want to see the ever-effective Izagbo back in the PDP as the two parties prepare for a decisive 2023 state election.

The illustrious Dr Austin Izagbo, has been living out the challenging ideals with which the late USA President John F. Kennedy concluded his Inaugural Address, January 20, 1961: “With a good conscience our only sure reward, with history the final judge of our deeds, let us go forth to lead the land we love, asking His blessing and His help, but knowing that here on earth God’s work must truly be our own”.