Ex-Defence Chiefs Back Calls for Recall of Retired Military Officers to fFght Terrorism, Banditry 14 mins ago

Towards Reforming Civil Service Reforms in Nigeria:  A Research Agenda  37 mins ago

As Spike in Diesel Price Pushes Banks to the Wall 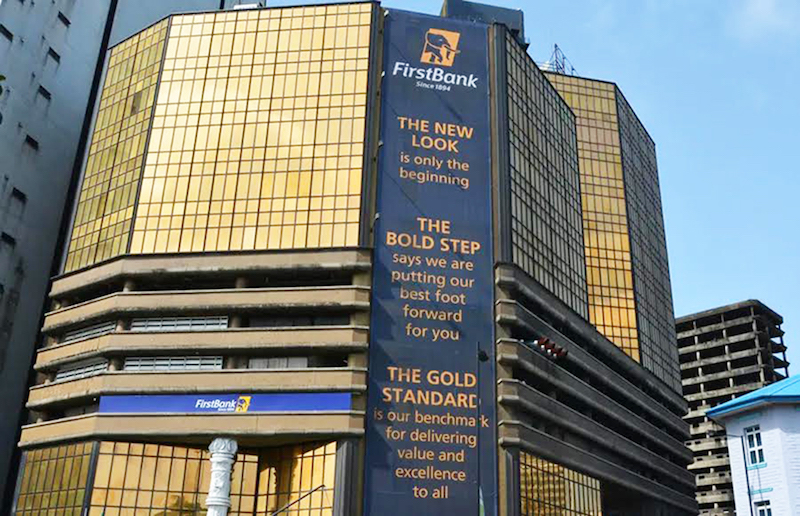 Quite a number of Nigerian banks, a few years ago, grew their profitability from improved activities in the downstream sector of the Nigerian oil industry, which benefitted tremendously from a regime of consistent rise in crude oil prices. Ironically, the banks are groaning as a result of the spike in the current price of diesel and the attendant soaring cost of operations, forcing them to stagger their operations, reports Festus Akanbi

In the heat of the soaring oil price in 2018, there were some media reports which drew attention to the nexus between the oil and banking industries in Nigeria.

It was a period when crude oil price moved from an average of $53.25per barrel in the preceding year to a new threshold of $71.34 per barrel.

Therefore, for a nation that depends largely on revenue from oil, it is understandable why most Nigerian banks see the oil industry as a formidable cash cow, which to a great extent, determined the level of profitability of most Nigerian financial institutions.

The aforementioned scenario, therefore, prepared the ground for a 2018 report by the Financial Times that claimed that most of Nigeria’s commercial banks have their fortunes tied to fluctuations in global oil prices considering that about a third of all credits they extend to the economy is directed to operations in the country’s oil and gas industry.

The report, titled ‘Investing in Nigeria,’ chronicled developments in Nigeria’s economy and politics ahead of the then 2019 general elections.

According to the report, about half of the loans of commercial banks in Nigeria were given for upstream, midstream, and downstream oil and gas operations and the supply chain, adding that rising levels of Non-Performing Loans (NPLs) of the banks were traced to the oil sector.

Describing the nexus between Nigerian banks and the vicissitude of oil prices, the report said that the rally in the price of oil over the past year, “is far from a universal benefit to Nigeria’s economy, which is dependent on crude oil revenue but cannot meet domestic fuel demands from its supply,” it has been good for the banks.

Today, it is the same price fluctuation in the oil industry, especially diesel, that is affecting the fortune and operation of Nigerian banks as two of the front runners in the sector have announced their decision to cut down their working hours to save cost.

Last week, First Bank of Nigeria announced the reduction of its operating hours at most of its branches nationwide.

In a statement made available on its official website on Sunday, the bank announced that the new development will take effect from Monday, April 11.

“We have revised our banking hours across all our locations. The revised opening and closing hours will be effective from Monday, 11 April 2022,” the bank said.

It was gathered that the bank decided to cushion the effect of the increasing cost of diesel with which it powers many of its branches.

The development also comes in the wake of the incessant national grid collapse that has overtime left the country in darkness forcing organisations to heavily rely on diesel for their operations.

Last week, the pump price of diesel hit a record high of N750 per litre, with the new price showing a significant increase from the N225 per litre sold in January 2021.

Earlier, another front runner in the Nigerian banking industry, Guaranty Trust Bank informed its customers of its decision to reduce its operation closing hour from 5:00 p.m. to 4:00 p.m. over incessant increase in diesel pump prices.

The bank advised customers to consider its digital banking options for any transactions beyond its new operating hours. The bank had in 2013 extended its banking hours to 5:00 pm, from the regular 4:00 p.m. closing hour observed by most banks.

Industry watchers said other banks may join the trend as the cost of diesel continues to soar. According to a source, staff working in a branch of an unnamed  Tier 1 bank had noted that they had been told to switch off the generators by 4 pm prompt and that they were not allowed to remain in the banking hall past 4 pm unless there is power supply by the electricity company.

The Surge in Diesel Price

The surge in the price of diesel, which has been deregulated, followed the rally in global oil prices, buoyed by the Russia-Ukraine conflict. For instance, Brent, the global oil benchmark, jumped to a 13-year high of $139 per barrel on Monday.

“The marketers are selling at a price that covers their cost price, import cost and exchange rate price,” said the national operations controller of the Independent Petroleum Marketers Association of Nigeria, Mr Mike Osatuyi.

In Nigeria today, most small businesses, manufacturers or retailers are now facing intense pressure from rising energy costs as they have to spend more on diesel to power their generators.

Experts have expressed fear that the spike in diesel price might force more businesses to sack employees amid rising energy costs.

The immediate past director-general of the Lagos Chamber of Commerce and Industry and the CEO of the Centre for the Promotion of Private Enterprise, Muda Yusuf, said the high and increasing cost of diesel was compounding an already difficult situation for many investors.

“The truth is that it is going to be very difficult for industries to cope because they have very limited choices. A lot of people are falling back on diesel because of unreliable public power supply. Now that they are talking of the collapse of the grid, the Gencos are complaining of accumulated debts, and the gas suppliers are failing, so the option of relying on the public power supply is not there and the available option is to go back to diesel or gas.

“Now diesel is expensive and the price of gas has gone up and lacks the necessary infrastructure. This is because we have not managed our energy sector properly; otherwise, the shock on our system will not be this much.

Director-General, Manufacturers Association of Nigeria (MAN), Segun Ajayi-Kadir, said the rising price of AGO had become very worrisome following its negative impact on businesses, especially the manufacturing sector of the economy.

He noted that the hike was due to the increase in the price of crude oil on the international market, which had gone above $110 per barrel following the ongoing war between Russia and Ukraine.

Running the Factory with Tears

“Unfortunately, manufacturers who largely rely on diesel to run their factories due to the unreliable nature of the grid power supply are contending with a huge cost to sustain their production line.

“The direct implication of this trend, as many Nigerians are already feeling the heat, is the reflective high cost of goods in the market owing to the high cost of production,” he said.

He added: “Knowing that diesel has been deregulated removes the question for a buffer to the cost. The law of demand and supply is at play here and since we have historically lacked local refining capability, we are left at the mercy of the vagaries of international price and its geopolitics of it.

“As long as the price of crude oil continues to go up, the price of AGO will equally skyrocket. It is now said to be selling at N750 per litre, up from about N300 per litre two months ago.”

Arguing that its members largely rely on diesel to run their factories due to the unreliable nature of the grid power supply, the Manufacturers Association of Nigeria (MAN) said explained that this contends with huge costs to sustain their production line.

MAN revealed its members spend N100 billion annually on alternative energy sources, which make up to 40 per cent of operating costs.

Given the fact that the federal government lacks total control over the current diesel price, one expects the authorities to ensure the immediate restoration of public power supply to ensure that banks and other productive sectors of the economy are not shut down.