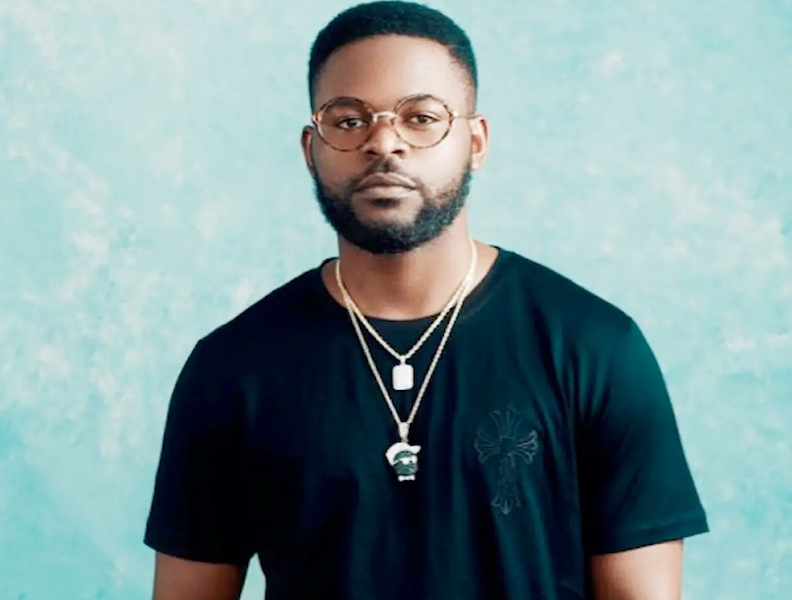 Ahead of its forthcoming feature film, Jade Osiberu GREOH Studios has shared a first-look poster showing its multiple cast. The crime-action thriller which will star Falz and Tobi Bakre in the lead role is set to be directed by award-winning filmmaker Loukman Ali, the Ugandan director of the critically acclaimed “The Girl in the Yellow Jumper”, in a first of its kind collaboration.

The film co-written by Abdul Tijani-Ahmed and Jade Osiberu, follows twin brothers, Akin (Falz) and Wale (Tobi Bakre). After years of fighting to survive on the streets of Lagos, the brothers fall on opposite sides of the law with Akin joining the police force and Wale joining a notorious gang of robbers.

Their bond is however put to the test when Akin joins a taskforce that hunts down  gangs. Principal photography for the action thriller kicked off in Lagos on April 9 and it is confirmed for July 8 theatrical release and in an unprecedented move will be distributed by Genesis Pictures.

‘Brotherhood’ promises charged action sequences like never seen before in Nollywood with an emotionally-grounded story exploring familiar themes like the bonds of family, betrayal, and love.

In a statement expressing his excitement at his Nollywood debut, Loukman Ali said: “I’m elated to be making ‘Brotherhood’ and working with Jade Osiberu who’s proven to be one of the most audacious filmmakers on the continent.

“I hope this film opens up doors for more partnerships between African filmmakers. This is the beginning of many firsts for African cinema. We are taking risks and hope to excel. The Nigerian audience and Africans at large should expect a Nollywood high stakes crime-action thriller like never before.

Speaking on the new project, GREOH Studios boss and producer, Osiberu revealed that the production is living its dream of working on diverse genres: “Our plan with GREOH studios has always been to make challenging films that explore diverse genres while still rooted in true African storytelling.”