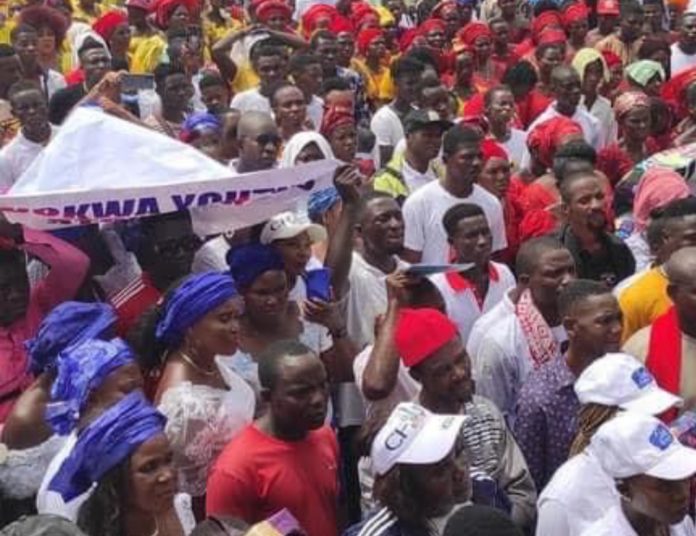 Christ said we should be the salt of the Earth. The unique thing about salt is that it’s presence is not always felt in food. But if you do not add it, it’s absence is always felt. Be like that. Have such a character that your absence from anywhere is always felt.

Rt. Hon. Comr. Otunba Friday Osanebi have been away from Ndokwa Nation and his community for 2 years running and his absence drastically affected the lives of his people because they say he’s the “SALT” of Ndokwa Nation and when “SALT” is absent from food it makes it loses it’s taste.

Yesterday, the entire Ndokwa Nation was totally shut down as Rt. Hon. Comr. Otunba Friday Osanebi’s triumphant home coming was turned to the largest carnival ever recorded in the history of the Ndokwa Nation as women, youths, children and elders in their large numbers came out to welcome a man who they say his entire life is about always giving back to his people.

Osanebi known as the “Empowerment Master” in his usual way gave out cars, hair dryers, sewing machines , grinding machines cash gifts and other items to worthy sons and daughters of Ndokwa Nation who came out in their large numbers to welcome a man who they describe as the “SALT” of Ndokwa Nation whose absence is always felt when not around.

It’s indeed always good to show love to your people because even the bible says your gift will make a way for you. Osanebi’s light can never be dimmed by mischiefmakers because his good deeds always speak for him.

In Galatians 6 vs 10 the bible says “We should help people whenever we can”. Osanebi has always fulfilled that part of the Scriptures that’s why the show of love from his people was overwhelming.