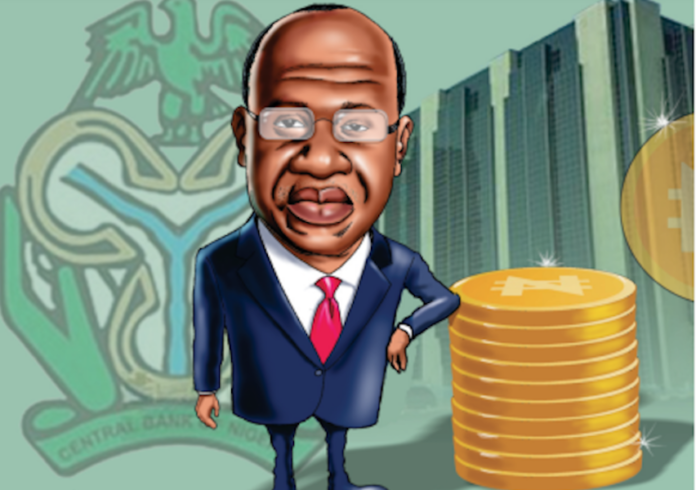 Dike Onwuamaeze highlights the benefits of the eNaira

It also showed that the CBN is far ahead a lot of its peers in terms of digital currency as a vast majority of central banks in the world are presently considering launching their own digital currencies.

The professional services annual index of CBDCs and stablecoins, which was released recently stated: “CBDCs will facilitate more effective, lower cost and 24/7/365 cross-border payments for the financial services industry.

“We expect that CBDCs will greatly benefit cross-border transactions and economies of all relevant jurisdictions.

It noted that there has been an increase in wholesale pilots in recent years though.

China became the first major economy to pilot a retail CBDC in 2020 with the digital yuan. The pilot was running in 12 cities as of March 2022.

The Sand Dollar, issued by the Central Bank of the Bahamas as legal tender in October 2020, was the first retail project of its kind. Nigeria’s central bank launched the first CBDC in Africa, the eNaira, shortly afterwards.

On the wholesale side, PwC ranked the combined effort from the Hong Kong Monetary Authority and the Bank of Thailand to launch mBridge as the top product.

Other top projects include efforts by Canada, Singapore, France and South Africa.

“We expect CBDC research, testing and implementation will intensify in 2022. The success of Nigeria’s eNaira is likely to spur CBDC development in countries where financial inclusion is one of the key desired outcomes.”

The West Africa Financial Services Leader and Chief Economist, PwC Nigeria, Andrew Nevin said: “CBDCs will transform the payment system, as low value-added transactions become possible in a costless and secure way for everyone. The success could also catalyse more complex and transformative CBDC uses, including Blockchain Identity Management, Land Registry, and Supply Chain Verification. As each of the use cases develops, we can bring more people into the economic and financial system and lift tens of millions out of poverty.”

Also, the Global Financial Services Leader, PwC United States, John Garvey stated that it is especially important for financial institutions to understand where central banks are with digital currencies, because ultimately CBDCs will start flowing through the payment system and start to hit bank balance sheets.

“Careful consultation with central banks is critical in clarifying the business case for CBDCs, from an inclusivity, financial performance and interoperability perspective. One thing that is clear, lowering the cost of payments in an economy provides value throughout the economy and for citizens. If CBDCs can ultimately enable more efficient payments, that will benefit everyone,” Garvey said.

According to a separate report by PwC, throughout history money has evolved. Beginning with the use of everyday objects, to precious metals, to the gold standard and finally, to fiat in 1971, money has changed in line with broader technological and social shifts.

It noted that the development of computer technology in the second part of the twentieth century allowed money to be represented digitally.

According to the report, by 1990, in the United States, all money transferred between its central bank and commercial banks was in electronic form.

It noted that by 2000s most money existed as digital currency in bank databases.

Not the account-based electronic money that’s been around for the past several decades, but a new type of token-based digital money. Tokenisation, often via blockchain, is the basis of cryptocurrencies, stablecoins, and many proposed central bank digital currencies.

It stated that the new wave of tokenised money started with the introduction of Bitcoin in 2008 as the first widely used, decentralised, peer-to-peer, cryptocurrency based on distributed ledger technology called blockchain.

Furthermore, it stated that another inflection point came with the announcement of Libra (now renamed Diem) in 2019, by Facebook. Conceived as a private stablecoin – a privately issued crypto currency pegged to a stable asset (e.g. fiat money, physical gold etc) – Libra/Diem led to the development of a number of other stablecoins.

“It is against this backdrop that central banks around the world have ramped up interest in CBDCs. Conceived as a digital representation of fiat currency, CBDCs are a liability of the central bank in the same way as physical currency.

To the CBN Governor, Mr. Godwin Emefiele, the central bank decided to implement its own CBDC and to name the digital currency eNaira, with the expectation that the innovation would make significant positive difference to Nigeria and Nigerians.

Indeed, the eNaira, has continued to attract the interest of Nigeria’s banking public at home and across the world, with its total downloads hitting 694,000 95 days (January 31st, 2022), after it was unveiled.

A breakdown of the figures showed that as of the above stated date, total downloads via iPhone Operating System (iOS) stood at 136,000, while that of Android was 558,000. In terms of consumer wallets, the data showed that at 33 per cent, Guaranty Trust Bank was ahead of others, just as Ecobank was presently leading in terms of merchant wallet downloads at 22 per cent.

“Downloads have continued to increase to almost 700,000. ENaira wallets were downloaded from North America to Australia and all over Africa,” the analysis had stated.

Furthermore, it showed that the app was also downloaded in South America, Europe, Asia, and in almost all the countries in Africa.

He said eNaira would also facilitate diaspora remittances, reduce the cost of financial transactions, and improve the efficiency of payments.

Emefiele added, “Therefore, the eNaira is Nigeria’s CBDC and it is the digital equivalent of the physical naira. As the tagline simply encapsulates, the eNaira is the same naira with far more possibilities.

“The eNaira – like the physical naira – is a legal tender in Nigeria and a liability of the CBN. The eNaira and naira will have the same value and will always be exchanged at one naira to one eNaira.”

Emefiele said in a bid to further de-risk the process, CBN had given careful consideration to the entire payment and financial architecture and designed the eNaira to complement and strengthen these ecosystems. He said the bank had also implemented safeguards and policies to maintain the integrity of the financial system.

The CBN boss added that there would be strict adherence to the anti-money laundering and combating the financing of terrorism (AML/CFT) standards in order to preserve the integrity and stability of Nigeria’s payment system.

He said since the eNaira platform went live, there had been overwhelming interest and encouraging response from Nigerians and others across the world, with over 2.5 million daily visits to the website.

He said, “Today, customers who download the eNaira Speed Wallet App will be able to perform the following: Onboard and create their wallet, fund their eNaira wallet from their bank account, transfer eNaira from their wallet to another wallet, and make payment for purchases at registered merchant locations.”

“There is no need, absolutely no reason for anybody to be afraid of the risk of even hacking your account and the rest of that.”

“This morning I set up my account and my account is operating very well. I talked about the BVN; the BVN is one of the best payment systems infrastructure that we have put in place and I can assure you that with all that has been done, you cannot hack into it.

“If somebody hacks into yours, it will be because you were reckless in handling your information but not that the system failed,” he added.

He described eNaira as an extension of the payment system in Nigeria, which would enhance payments outside the country.