Biodun Stephen Rolls on With ‘Strangers’ 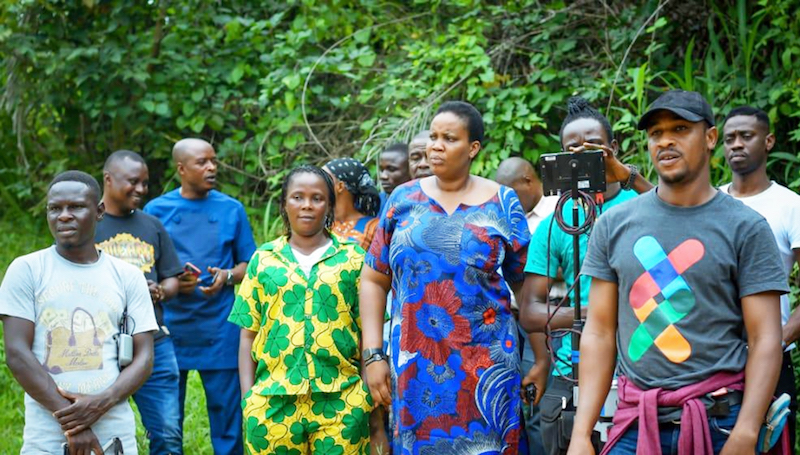 Filmmaker, Biodun Stephen is on a roll. Back to back the award-winning movie director is churning out movies and has stamped her position. Just weeks after the theatrical release of her movie ‘A Simple Lie, Stephen is set to debut her latest feature, ‘Strangers’. The movie will premiere in cinemas on April 29. Her other feature, ‘The Wildflower’ is also set for theatrical release on a near future date.

Narrated in the first person, ‘Strangers’ which is her latest follows the life of a remote village boy, untamed by civilization, but hit by calamitous events that changed the course of his existence.

Speaking on the film, the executive producer Banju Adesanmi revealed that he was inspired by the resilience of the characters involved in the true life events. “Strangers chronicles series of despairing events with miraculous outcomes. It is a story that is sweet to hear; I decided to adapt it into a screenplay and joined forces with notable figures that can translate it into a captivating motion picture. The international recognition for the movie is a testament to this.”

The film inspired by true events has already won Stephen a gold award at the International Independent Film Awards. He is reputed for putting her whole to produce masterpieces. Fans shouldn’t expect anything less! More reason that makes ‘Strangers’ a must-see is because it was directed by Biodun Stephen, the director of ‘Breaded Life’, ‘Picture Perfect’, and the newly released ‘A Simple Lie’. Not forgetting her hilarious adventure, ‘Progressive Tailors Club’, exploring all the shenanigans that take place during a tailors club meeting.