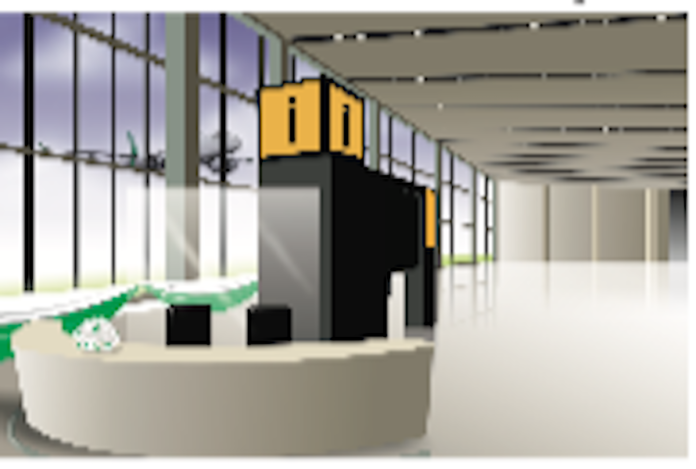 Some remedial measures are needed for optimal performance

In Lagos last week, President Muhammadu Buhari commissioned a new international terminal exactly 43 years after the old terminal, modelled after Schiphol airport in Amsterdam, was built. This new aviation edifice was built by the China Civil Engineering Construction Corporation (CCECC) along with three other terminals located at Kano, Abuja, and Port Harcourt airports. It was funded with initial $500 million from China Exim bank with $100 million counterpart fund from the federal government. With capacity for 14 million passengers per annum, the terminal will provide a relief for air travellers who have suffered in the congested old international terminal, originally built for less than one million passengers per annum but was processing about four million passengers in the last few years.

The new facility occupies 50,887m2 acres of land with expansion of the ramp currently ongoing. It has four-storey main terminal building, three-storey finger building, two-storey cargo terminal building, three-dimensional multi-layer sorting baggage system, seven boarding bridges, 60 sets of check-in counters and 2,014 sets of passenger seats. It is also multi-functional with hotels, restaurants, and leisure. This new facility is an obvious improvement on the old one which, despite many turnarounds, has failed to meet modern needs of passenger facilitation, comfort, and efficiency.

However, there are issues with the new terminal. It is considered structurally deficient, the location not ideal and the cost is quite enormous, if not scandalous. There are buildings and facilities expected to be removed before the terminal could accommodate wide-body aircraft. Some of these buildings have been demolished. But we understand that the location of the facility was a second choice. The terminal ought to have been built near the international runway 18R but for the legal tussle between the Federal Aviation Authority of Nigeria (FAAN) and the late Chief Harry Akande (who secured ownership of the land many years ago).

A study on the infrastructural limitation of the terminal, funded by the then Ministry of Transportation, disclosed that there were many facilities that must be relocated before it would become operational. The report, which was carried out in 2018 by Arcaid Architects and Environmental Consultants on four new international terminals at the airports in Kano, Lagos, Abuja, and Port Harcourt revealed that they lacked essential facilities. In Lagos, for the terminal to become fully functional, the fire service building and control tower must be relocated. The report also highlighted other essential facilities that were absent in the new terminals although most of them have now been provided at huge cost.

The initial sum of $600 million was stated to be the cost of all the new terminals built by CCECC. But the total cost of the projects has since escalated for several reasons. In 2018, the consultants said that many facilities that would link the new terminals to the existing ones in Abuja and Lagos for seamless passenger facilitation would cost about $500 million. Huge sums of money are currently being spent on the demolition of structures that constituted obstruction to the new facilities. When you add inflation and depreciating value of the naira, one can understand the enormity of the problem.

It is disconcerting that the project completion has been delayed for nearly a decade. Even more worrisome is the fact that part of the delay was the result of avoidable design and location oversights. Now that the terminal has been commissioned, it is imperative that all remedial measures be taken to ensure that the Nigerian public derives maximum satisfaction from the new terminal.